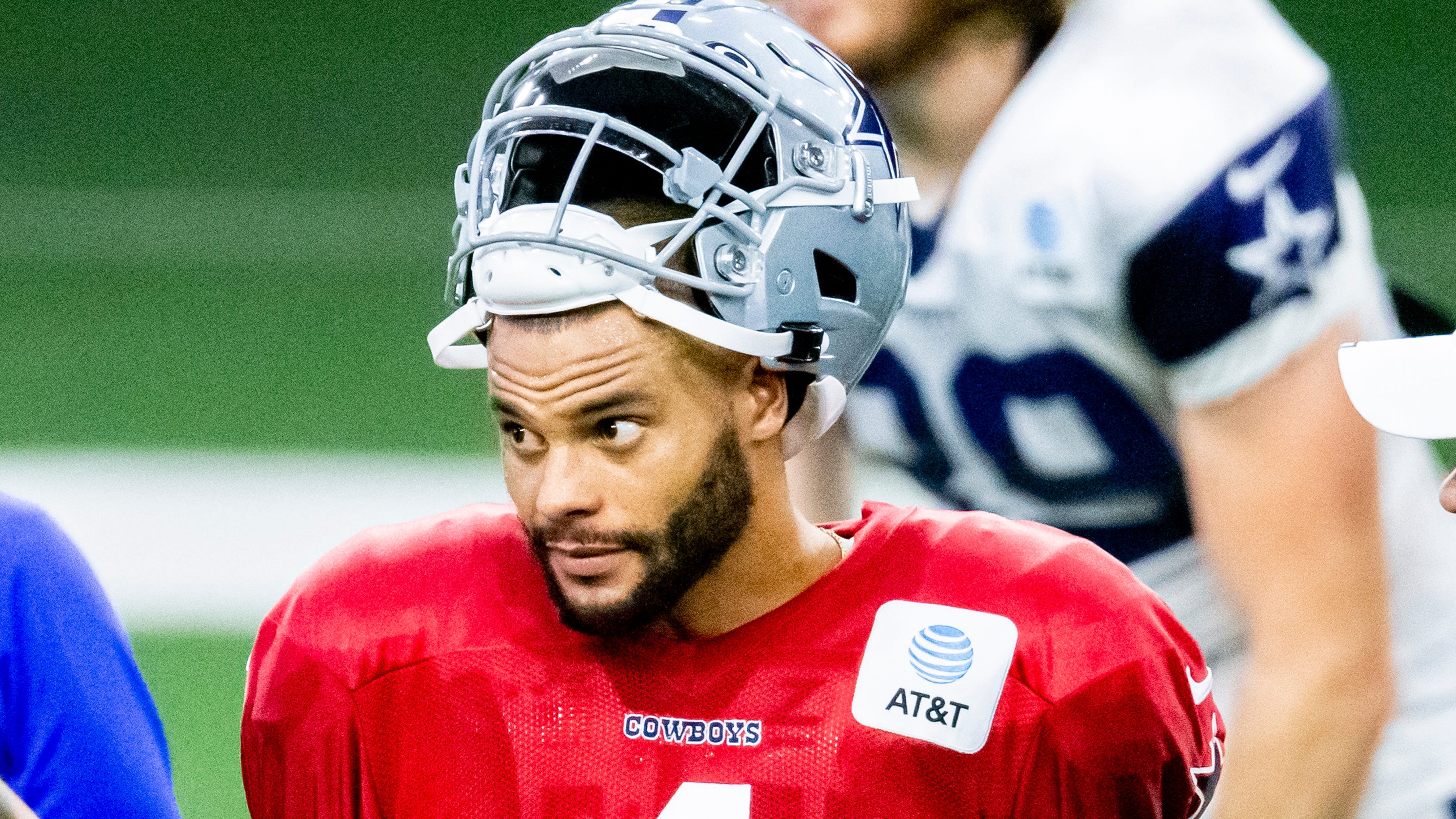 SportsPulse: Jori Epstein connected with Cowboys stars Dak Prescott and Ezekiel Elliott to discuss what playing football amidst the pandemic means to them. Their answers did not disappoint.

Fox Sports TV personality Skip Bayless on Thursday criticized Dallas Cowboys quarterback Dak Prescott for going public with his battle with depression in the wake of his brother’s death in April.

Speaking on Fox Sports’ “Undisputed,” Bayless prefaced his remarks by saying that people would see him as “cold-blooded and insensitive” on the issue. Then he questioned the leadership ability of Prescott, who confirmed in a recent interview with Graham Bensinger that he had experienced symptoms of depression during the offseason.

“You are commanding an entire franchise,” Bayless said. “They’re all looking to you to be their CEO, to be in charge of the football team. Because of all that, I don’t have sympathy for him going public with, ‘I got depressed. I suffered depression early in COVID to the point where I couldn’t even go work out.’ Look, he’s the quarterback of America’s Team.”

Jace Prescott, the quarterback’s older brother, played football at Northeastern State in Louisiana from 2008-2010. He was found dead April 24 in Orange, Texas.

In an interview for an upcoming episode of “In Depth with Graham Bensinger,” Prescott confirmed that his brother died by suicide.

“All throughout this quarantine and this offseason, I started experiencing emotions I’ve never felt before,” he told Bensinger. “Anxiety for the main one. And then, honestly, a couple of days before my brother passed, I would say I started experiencing depression. And to the point of I didn’t want to work out anymore. I didn’t know necessarily what I was going through, to say the least, and hadn’t been sleeping at all.”

“I think that is a fake leader,” Prescott said. “Being a leader is about being genuine and being real. As I said, if I wouldn’t have talked about those things to the people I did, I wouldn’t have realized my friends and a lot more people go through them. And that they are as common as they are…

I have news for Skip Bayless – many of his favorite athletic all time greats have suffered from depression.

Reaction on social media to Bayless’ remarks was overwhelmingly negative.

Several high-profile professional athletes, such as Michael Phelps and Kevin Love, have recently come forward to discuss their battles with depression.

Fox Sports did not immediately respond to a request for comment from USA TODAY Sports.

Horrified to see Skip Bayless’ comments about Dak Prescott’s grief and depression following his brother’s suicide. He clearly misunderstands depression, but he also misunderstands leadership. Prescott *is* being a leader by showing his vulnerability, in my opinion.