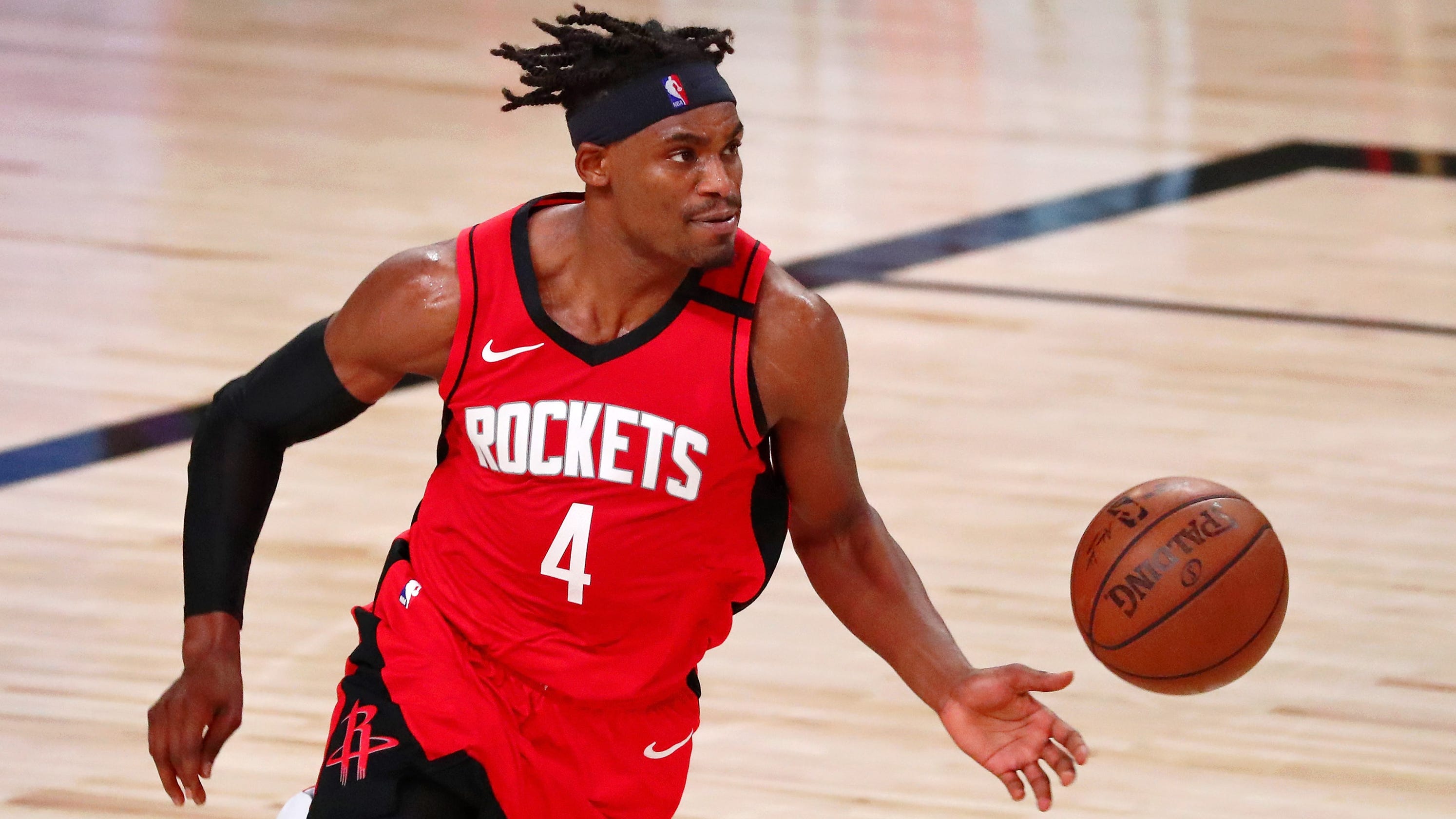 What I’m Hearing: Raptors win game six in overtime to push to game 7

Houston Rockets forward-guard Danuel House Jr. will miss Game 4 Thursday night against the Los Angeles Lakers due to personal reasons as the NBA investigates whether he violated health and safety protocols by allowing a woman into his hotel room, two people familiar with the situation told USA TODAY Sports.

They requested anonymity because they were not authorized to speak publicly about the sensitive nature of the situation.

House, an important reserve who scored 13 points in Game 2 against Los Angeles, and teammate Tyson Chandler missed Game 3 of their Western Conference semifinals series against the Lakers while the league looked into their conduct. Chandler is not on the injury report for Thursday’s game, but House’s availability for the remainder of the series is in jeopardy.

NBA PLAYOFFS: Celtics, Raptors hate each other – and are sharing a hotel

The league is trying to find out if House had a woman in his room. The woman, according to a person with knowledge of the situation, was allowed on campus, but she was not permitted in House’s room.

Players are allowed to have guests, who are approved by the NBA and who have followed quarantine guidelines to enter the bubble and join players. But unapproved guests, even those on campus, are not allowed in certain areas, including players’ rooms.

“Players and team staff shall cooperate fully with any NBA investigation into any potential or actual violation of the Protocols,” it says in the NBA’s health and safety protocols document.

“Failure to cooperate in full, or interfering in any manner, with an NBA investigation in connection with these Protocols may subject the non-cooperative individual to discipline.”

That discipline could include another quarantine, warning, fine, suspension or removal from campus, according to the guidelines.

Sacramento’s Richaun Holmes and Houston’s Bruno Caboclo were issued additional 10-day quarantines for “interactions with members of the public outside the Disney entrance gate,” according to the league.

Los Angeles Clippers guard Lou Williams also had to serve an additional 10-day quarantine for visiting a strip club in Atlanta to get chicken wings when he left campus to attend a funeral.