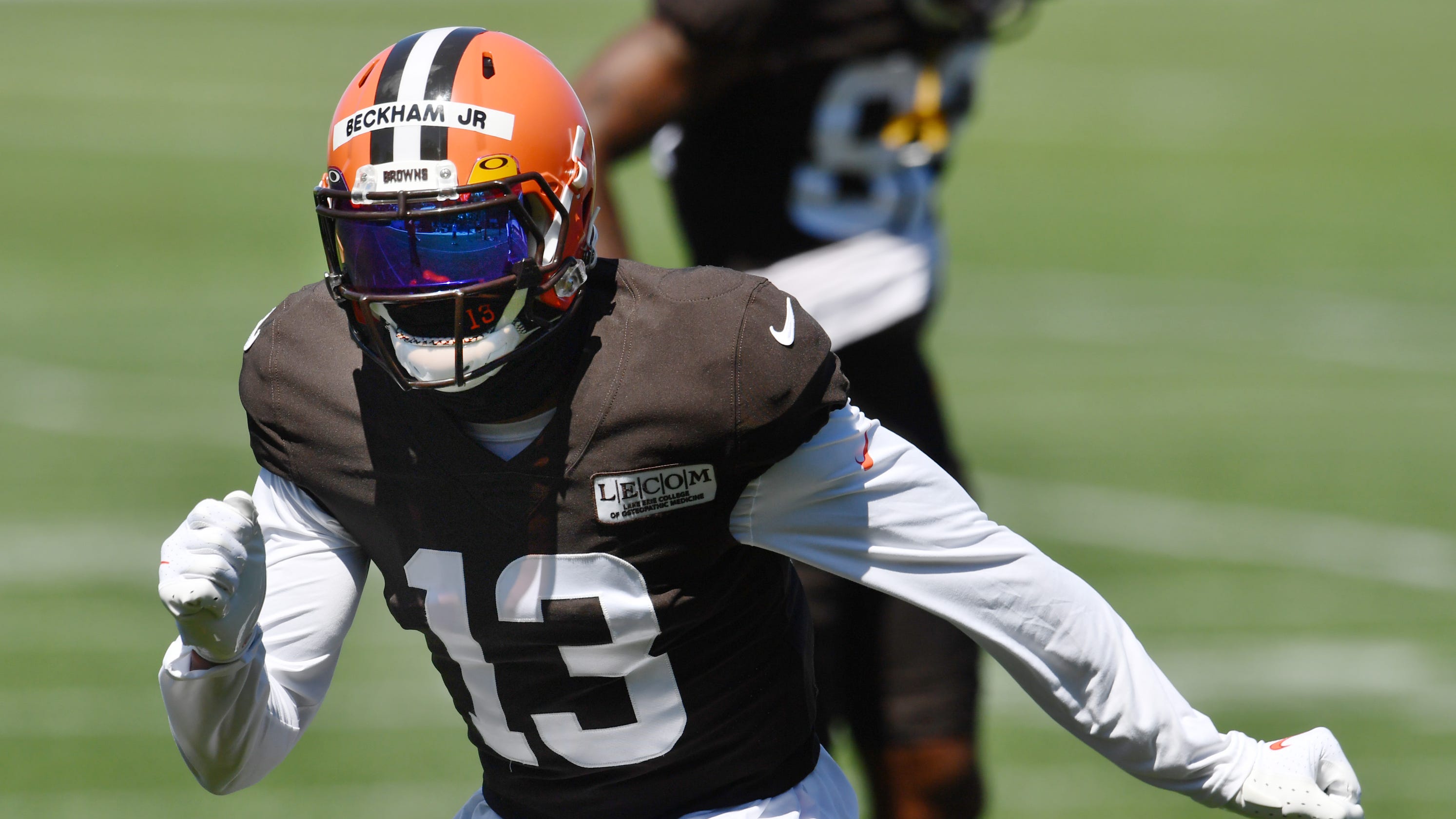 Odell Beckham Jr. understands the perception of his lack of connection with Browns quarterback Baker Mayfield.

In Beckham’s first year in Cleveland, the three-time Pro Bowl wide receiver hooked up with Mayfield for only four touchdowns in 16 games. In 2017 with the New York Giants, when Beckham fractured his ankle and played in only four games, he scored three times.

But as the Browns open the season Sunday in Baltimore, Beckham knows why his chemistry with Mayfield could look drastically improved in 2020.

“For one, I can run. I can lift my leg up on the table,” Beckham said Thursday via Zoom. “It’s crazy for me to look back and think about kind of just how I made it through the season last year… I couldn’t do simple, basic motions, much less go against the best of the best week in and week out. ”

In 2019, Beckham still managed to catch 74 passes for 1,035 yards, recording his fifth 1,000-yard season in six years, before undergoing surgery to repair a core muscle injury in January.

“I know we all play with nicks and bruises, but it was tough,” Beckham said. “I’m just thankful that God’s put me in a position where I am feeling better.”

“Being able to have the confidence that a guy like he has, to be able to come out here each and every day and use his gifts and not feel hindered or not feel restricted by anything that might be going on with his body,” Landry said. “It’s good to see him out here making plays dominating.”

That could bode well for the Browns’ offensive attack under new coach Kevin Stefanski and coordinator Alex Van Pelt. Expectations are lowered for the Browns coming off a 6-10 season, but “NFL on CBS” analyst Charles Davis recently pointed to a healthy Beckham as a big reason for optimism.

Mayfield and Beckham should have much to do with that.

“Just being able to run and be healthy, I think it makes it a lot easier for him,” Beckham said of Mayfield. “I think we’re both making strides. We’ve both been through a lot. The talks I’ve had with him, I know he’s hungry and ready. … Just an overall feeling of we both want to be great.

“Learning a new offense, a new staff, a new everything is always a challenge in itself. I think everybody here has handled it pretty well, especially with COVID. … I think Baker’s ready to have a big year.”

Van Pelt said Beckham is “very excited” about this season.

“Coming off last year, not feeling great the whole season, I think he’s really looking forward to the opportunities he’ll have this year,” Van Pelt said via Zoom.

Beckham sounded as if he still has lingering feelings about the Giants trading him to the Browns in March, 2019, but he said his mental outlook is better.

“I don’t know about accepting, I don’t know if that’s the word you want to use, but I’m definitely happier with life in general of where I’m at,” he said when asked about Cleveland. “I always talk about how you go through certain things in life … I’m just at a better place in life.”

At the end of last season, Beckham said 2020 was going to be his year. In a workout video he posted to his YouTube channel, he vowed, “This is my time.”

The coronavirus pandemic that has claimed over 191,000 lives in the U.S. and racial unrest following the death of George Floyd while in custody of Minneapolis police have prompted Beckham to back off those statements.

“I think it’s selfish of me to say that 2020′s going to be my year,” Beckham said. “If I would have known … whenever I started saying this that 2020 would have been a year like this, I don’t think I would have ever said that. It’s been a tough year for all of us emotionally — pandemic, the world that we’re living in.

“Now that … everything [in the NFL] is seeming as if it is returning back to normal, I think the best thing that this world could do would be to finish this year strong and just find a way to make it the best that it has ever been. Kind of just having that mindset of just being great. That is just for the world in general. I don’t know if I would have said that … knowing what has happened so far, but just making the most out of the rest of this year.”