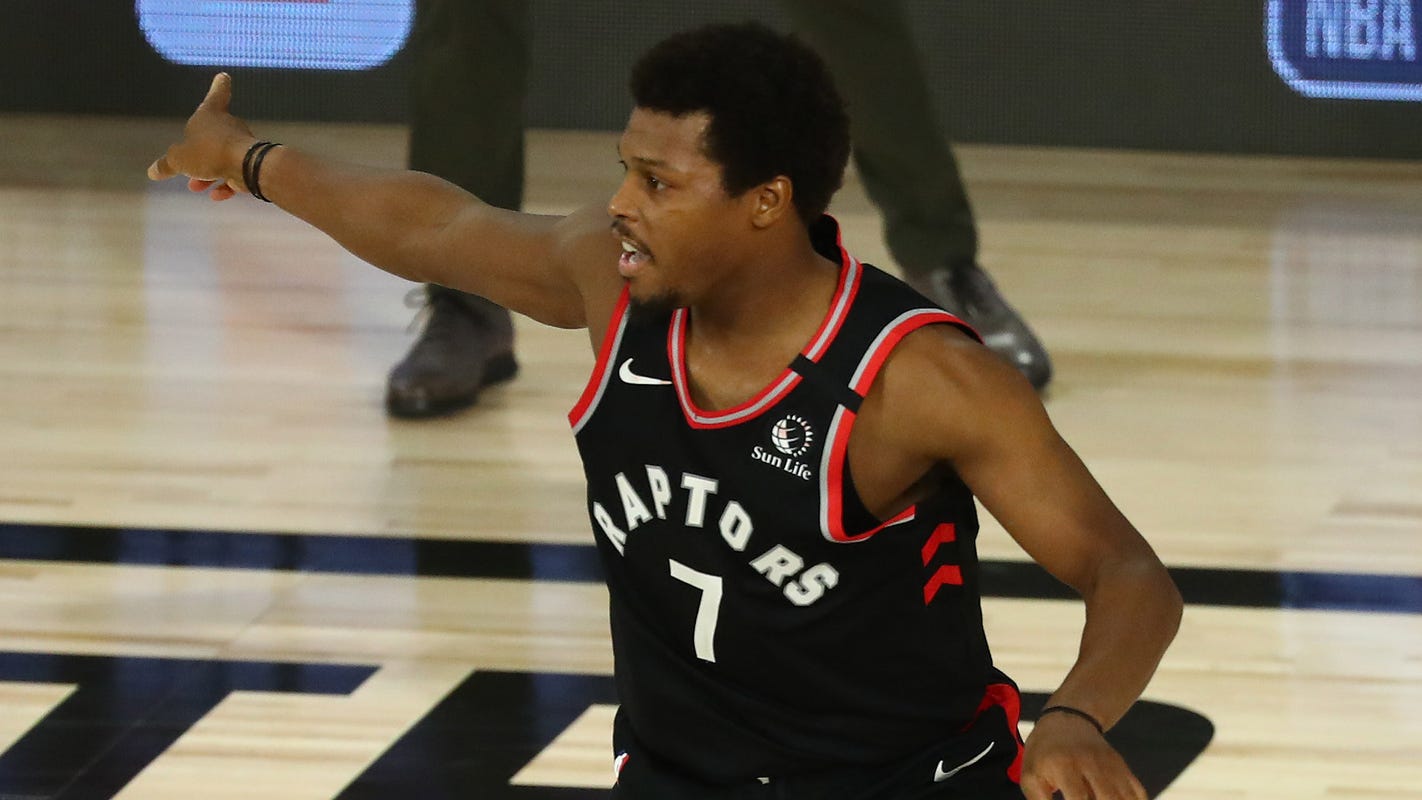 After Toronto teammate OG Anunoby hit the game-winning shot at the buzzer against Boston in Game 3, Lowry said, “That’s his moment. Let him live in it, and I’ll ruin tomorrow when he watches film and I tell him what he messed up on.”

Following the Raptors’ Game 4 victory in which they held the Celtics to 7-of-35 shooting on 3-pointers, Lowry lamented the open shots Boston took.

Lowry isn’t always perfect but he seeks it.

“I’m a perfectionist in a sense that no matter what happens I’m in the right position to be successful,” he told USA TODAY Sports as he walked out of the arena after Toronto’s 125-122 Game 6 double-overtime victory on Wednesday, forcing Game 7 against the Celtics in the Eastern Conference semifinals.

Watch the BEST of @Klow7 in the clutch for the @Raptors this season!

BOS/TOR GAME 7 tips on Friday at 9:00pm/et on TNT! #NBAPlayoffspic.twitter.com/CgEPR7EZ0Y

Lowry had a game-high 33 points — 15 in the first half, nine in the fourth quarter and a 14-foot turnaround jumper with 11.7 seconds remaining in overtime to put the Raptors ahead 123-119. He made 12-of-20 shots, including 6-of-10 3-pointers. He also had eight assists, six rebounds, two steals and one block.

“That’s what the great players do, the tough players,” Raptors coach Nick Nurse said. “He’s a great one. He’s fun to watch. He’s the ultimate competitor. Toughness. He stepped step into it. He’s not afraid of the moment. Made some big ones for sure. Played great.”

It’s just another impressive game in a remarkable career that started off in Memphis as the No. 24 pick in the 2006 draft.

LEAVING DISNEY: Mark Medina reflects on his two months inside the bubble

In his first four seasons, he didn’t average more than 10 points. But he began to produce as a starter for Houston in 2010-11 and 2011-12. He was traded in 2012 to Toronto where he began to flourish and put together career year after career year. His 17.8 points and 6.8 assists in 2014-15 began a string of six consecutive All-Star appearances.

He won an NBA championship last season, an Olympic gold medal in 2016 and this season, at 34 years old, Lowry averaged 19.4 points, 7.5 assists and five rebounds.

He is approaching Hall of Fame territory.

“He’s an All-Star, but he might be the most underrated player in the league,” Celtics coach Brad Stevens said. “I just feel like he’s a terrific defender, he’s a terrific leader, a terrific effort player. Offensively, he puts you in a bind by getting fouled, making tough shots, and obviously, he does every little thing that helps teams win. Somehow he’s been underappreciated. The more people watch him in these settings, the more people appreciate him. He’s an amazing player, and certainly a big engine to them.”

Lowry has developed a reputation as an extreme competitor, willing to do whatever it takes to win. That style has infuriated opposing fans and opponents. Celtics Twitter can’t stand him.

But it has endeared him to Raptors fans, his teammates and the franchise.

“That is a great skill to be able to play that hard,” Nurse said. “That’s a skill that often isn’t talked about. The ability to manage yourself through a game when you’re playing extraordinarily long minutes and to go through some up and downs.

“I’ve said this before, the highest compliment I give him is I’ve never seen anybody play harder. I’m in total understanding of how much he means to our team, how nice it is from my perspective and our coaching staff’s perspective to be able to coach this guy and have him impact our team so much.”

Sometimes, Lowry even gets testy with his teammates or coach. It happened late in Wednesday’s game when he got mad at Nurse for calling a timeout with 0.7 seconds left in the second overtime. Lowry wanted to inbound the ball quickly and let time expire as the Celtics began to walk off the court conceding the game. Lowry yelled at Nurse. Nurse said something back.

Asked about it after the game, Lowry said, “I don’t know what you’re talking about, next question.”

Nurse stood just outside the makeshift interview room, which doubles as a Zoom conference room for reporters not inside the bubble. Nurse laughed and said, “It’s because I’m standing right here.”

It was a funny moment. The Raptors won, and Nurse understands Lowry’s competitiveness.

Nothing has been easy for Toronto in this series, but Lowry relishes the hard work required.

“That’s what we do — play hard and play every possession like it’s our last and find ways to pull out victories,” Lowry said.

As he left the interview room, he showed off the three stitches he received for taking a shot to the chin early in Game 6. Then, he walked out of the arena, exhausted after playing 53 of 58 minutes.

“All I want to do is be the best person, the best player that I can possibly be,” he said. “I just live to play basketball. I live for my kids. I live for my family. I live to do my job at a high level.”