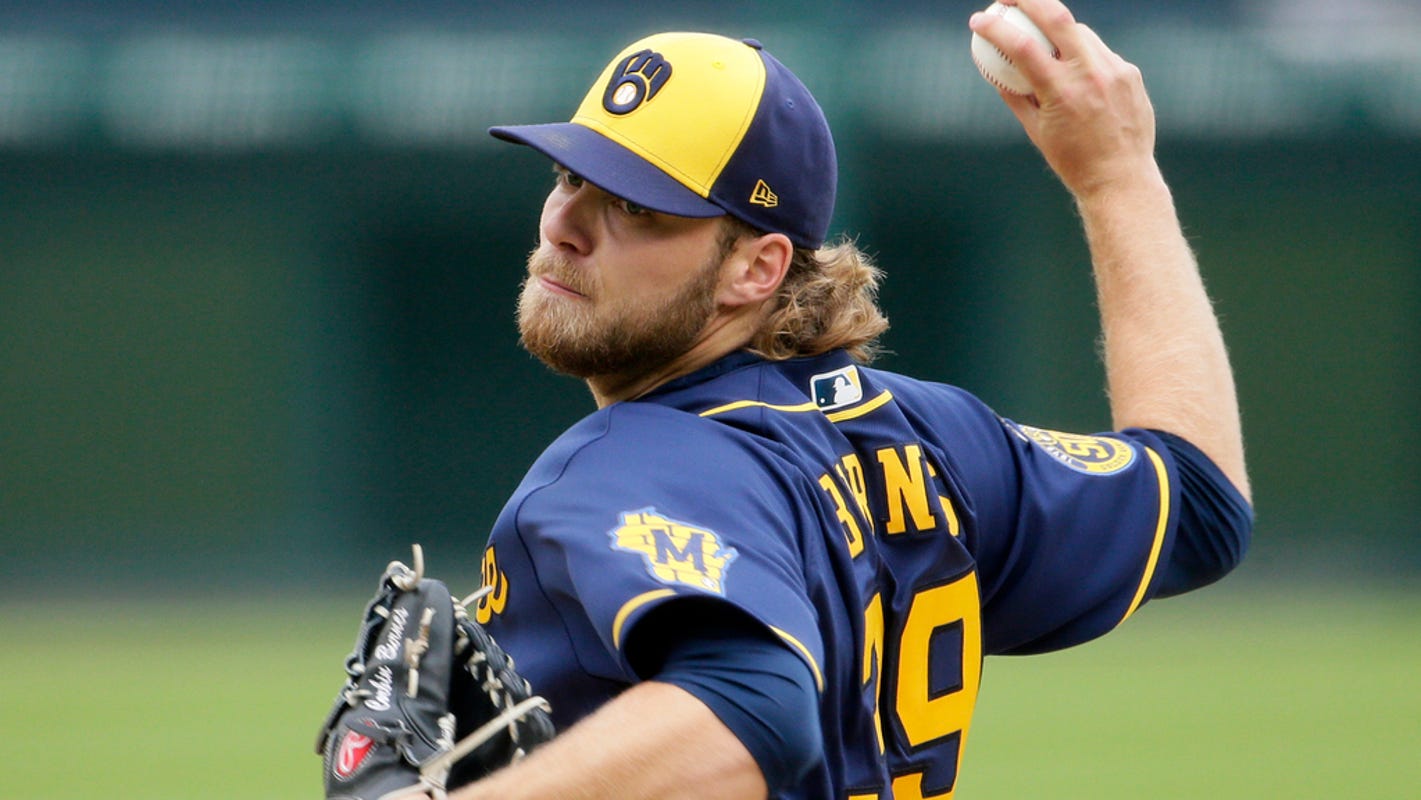 It was one of those rare days where just about everything went right for the Milwaukee Brewers.

The offense was finally clicking on all cylinders (and then some), Corbin Burnes was dealing and the end result was a much-needed, 19-0 laugher over the Detroit Tigers at Comerica Park on Wednesday afternoon.

NOTES: Urías has played well across the infield

Burnes, meanwhile, simply dominated the Tigers. The right-hander allowed just one hit – a fifth-inning triple to Willi Castro – and struck out a season-high 11 while not issuing a walk over seven innings to win his third straight start and continue his personal resurgence.

“It was a phenomenal performance from start to finish,” manager Craig Counsell said of Burnes. “It was execution, it was pounding the strike zone. He’s obviously pitching with a ton of confidence right now.

“Obviously, when you go seven innings with one hit, 11 strikeouts, no walks – we had a huge offensive day and that made it a lot of fun – but that kind of pitching performance, you’ve got to start with that.”

Tigers starter Matthew Boyd entered the day with a 10.12 earned run average in the first inning this season, but true to form the Brewers failed to take advantage despite drawing a pair of walks.

The second was a much different story.

Orlando Arcia opened with a ground-rule double to left field and Luis Urías followed with a two-bagger of his own to left-center to get Milwaukee onto the board.

Urías was then thrown out trying to steal third – a cardinal sin in baseball with nobody out – despite getting a running start. He beat the throw, but third baseman Isaac Paredes blocked his hand from getting to the bag with his knee.

The miscue appeared costly as Tyrone Taylor doubled to left, costing the Brewers a sure run. But after Nottingham walked, Avisaíl García roped Milwaukee’s fourth double of the inning to left to score both runners to up the lead to 3-0.

The rout continued from there, as Gyorko led off the third with a homer to right and Nottingham hit a two-run shot to left-center in the fourth after Taylor opened the inning by reaching on an infield single.

A walk to García ended Boyd’s day, but the Brewers kept up the pressure against John Schreiber and eventually pushed another run across with two outs on a single to left by Braun.

He struck out five the first time through Detroit’s lineup and had faced the minimum through 4 ⅓ before Castro tripled high off the wall in right-center to give the Tigers their first baserunner of the day.

But Burnes recovered by striking out Jorge Bonifacio and Daz Cameron – son of former Brewers centerfielder Mike Cameron, who was making his major-league debut – to strand Castro at third and keep the shutout intact.

The hit parade continued in the sixth for the Brewers, who batted around against Schreiber and Rony Garcia and put up five more runs to put the game completely out of reach.

But the offense was far from done.

Urías delivered the big blow with a bases-clearing double to left off Garcia. And after Taylor doubled in Urías, the advantage had grown to 12-0.

Braun’s two-run homer highlighted the seventh, and again Burnes pitched despite a long wait. This time he struck out a pair, leaving him with 11 punchouts on the day on 90 pitches.

After Eric Yardley pitched the eighth, the Tigers put fielder Travis Demeritte on the mound for the ninth and after getting Yelich to ground out he surrendered a homer to Gyorko to tie the Brewers’ record for extra-base hits with 12.

Then, after Arcia singled, Taylor hammered his first career homer to left-center to set the record with Josh Lindblom closing the game out.

“When you’re scoring runs like that, it makes it real easy on the pitcher,” Burnes said. “You just go out and pound the zone and play loose.”

Our subscribers make this reporting possible. Please consider supporting local journalism by subscribing to the Journal Sentinel at jsonline.com/deal.