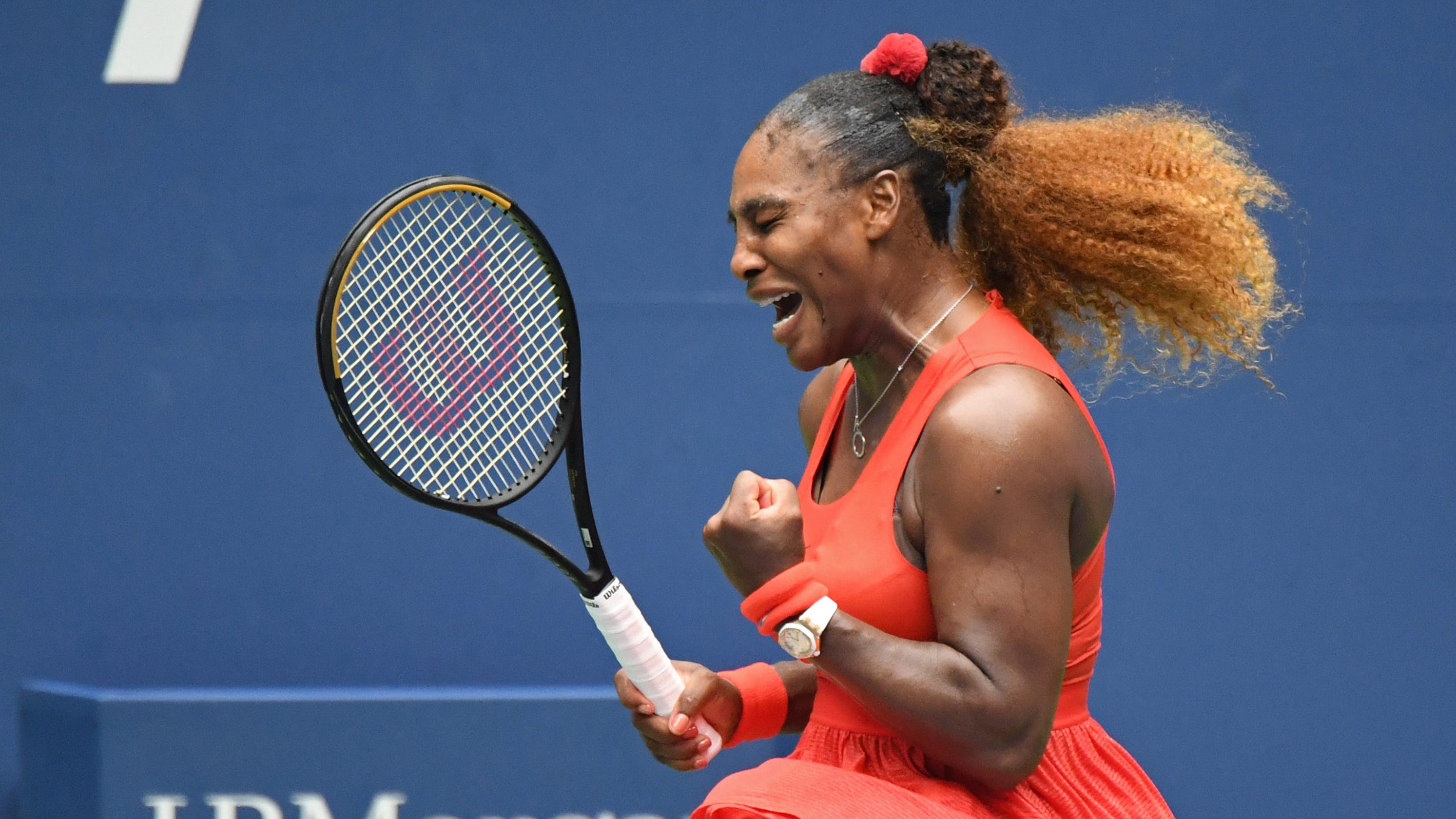 NEW YORK — She is two victories away now, but trying hard not to think about that. She has been in this exact position four times before, after all – and how did that wind up working out?

At 38 , Serena Williams, is a 23-time Grand Slam winner. She has made it the mission of her tennis life to win No. 24, which would tie with Australia’s Margaret Court for the all-time lead, and she took one more giant step towards that end Wednesday afternoon at the U.S. Open, celebrating Mother’s Day in September with a stirring quarterfinal comeback over fellow mom Tsvetana Pironkova of Bulgaria, 4-6, 6-3, 6-2.

Williams’ performance was uneven at times, as she sprayed and mishit a number of forehands. But she smoked 20 aces and seemed to get an infusion of energy over the final two sets, needing every bit of it to put away Pironkova, who is unranked, gave birth to her son Alexander two and a half years ago, and hadn’t played a tournament since the 2017 Wimbledon.

It was a storybook run she had here, coming very close to making her second Slam semifinal, 10 years after making her first at Wimbledon in 2010.

“It just show you how tough moms are,” Williams said. “If you can birth a baby you can do anything. She played unbelievable.”

MOMS MAKE HISTORY: A look at four of the mothers in the U.S. Open

Following the script from her third-round match against Sloane Stephens, Williams was down a set and a break before righting herself, summoning her best tennis when it mattered the most. The turnaround was even more remarkable when you consider that the 32-year-old Pironkova spent the first part of the match playing almost flawlessly, pounding backhands to all corners of the Arthur Ashe Stadium court.

Williams needed every weapon in her arsenal, and even one she had to invent one on the spot; she twice made returns with her left hand, quickly switching the racket and winning both points.

Williams’ service game was overpowering  advanced in large measure because she reeled off five straight games to close the second set and start the third – a set she began with a huge break, aided by one of her lefty returns. Pironkova battled gamely, but her level dropped and Williams came at her like an onrushing traing, breaking her with a backcourt crosscourt winner for 5-2 in the third, and serving it out at love.

Williams came out firing bullets, belting six aces in her first three service games, but it wasn’t enough to stop Pironkova for seizing the first break in the fifth game, knocking a backhand winner down the line to go up 3-2. Pironkova made it stand up and had two set points four games later with Williams serving, but Williams answered with a forehand approach winner at 30-40, 3-5, and then watched Pironkova overcook a forehand. Williams had a hard-won hold, but Pironkova served out the set, closing it with a crosscourt backhand winner.

“Definitely was feeling it a little in my legs,” Williams said about dropping the first set. “For whatever reason an hour in I get more energy. So, I guess that’s a good thing. I don’t really get tired just in the beginning I was a little fatigue for whatever reason. Obviously I can’t do that if I want to keep winning so I’m going to try to figure that out.”

Pironkova started the second with another break of the vaunted Williams serve, but Williams, sensing that she couldn’t allow herself to get into any deeper trouble, broke back in Game 2, as Pironkova netted a forehand, a rare error for a player who had been almost flawless up to that moment.

Williams had a break point in the fourth game of the second to go up 3-1, but she missed a forehand and Pironkova held to level the set at 2-2.

You got the feeling that Williams’ karma was changing in the eighth game of the second, Pironkova serving. Pironkova drove a hard serve to the outside corner. Williams quickly shifted her racket into her left hand and got the return in, and won the point, and wound up forging the break by winning a remarkable 24-stroke rally when Pironkova’s slice drop shot didn’t make it to the net.

Williams served out the set in style, hammering an ace to take it into the third set – her third consecutive match that went the distance. Her victory wasn’t quite an artistic success, but she won two sets and is on to the semifinals Thursday.

“I keep fighting,” Williams said. “I never give up.”