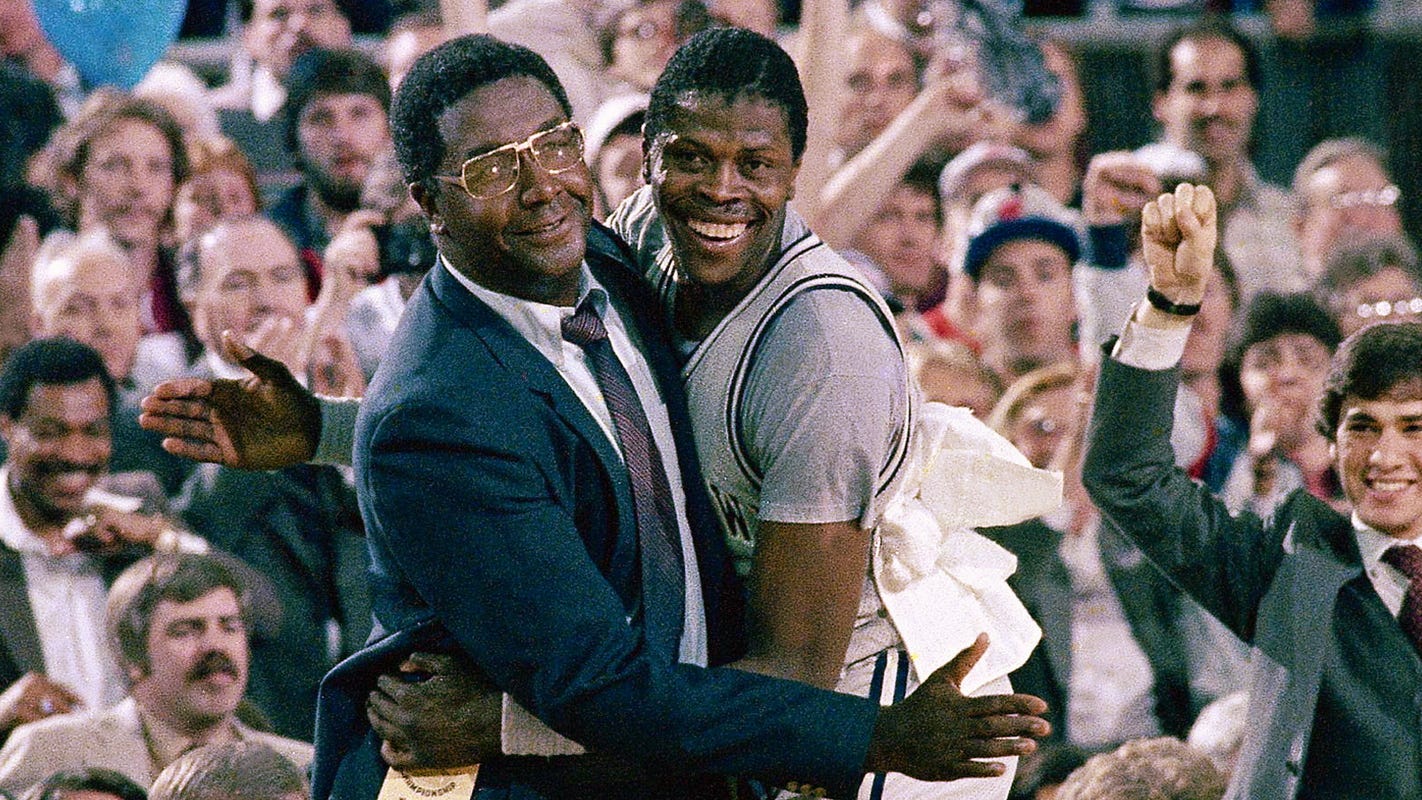 John Thompson felt racism at every stop over career

St. Anthony’s High, with approximately 250 students at the time, was small in comparison to some of Washington, D.C.’s bigger Catholic Schools it played in basketball.

Yet St. Anthony’s had one distinct advantage: John Thompson, its mountain of a coach.

Thompson not only knew basketball, he was an intimidating presence who demanded respect for his players. In the late 1960s and early 1970s, Thompson built St. Anthony’s into a power. He landed the head coaching job at Georgetown in 1972 and went on to national fame. But the road to that fame as a Black coach was hardly an easy one.

“He would never let me share this while he was living,” says John Butler, who played for Thompson at St. Anthony’s from 1966 to 1970. “Some in the archdiocese Catholic league, some coaches, did not speak favorably about him when he went to Georgetown. And that really, really hurt him that there would be some who knew him because he was a product of the Catholic schools, he spent his time at Carroll High School and helped to put the place on the map, and some coaches who knew of his commitment to young people, and, having played against him, would take the opportunity to talk down about him when he went to Georgetown, in efforts, I think, to sabotage his success.”

Thompson, who died Aug. 30 at 78 and will be buried in a private funeral Wednesday, held the Georgetown job for 27 years. His memory will live on, as an example of not only a championship-winning coach, but as a formative figure in young men’s lives and as an outspoken figure for the Black community.

Yet interviews with those who knew him well also reveal a deeply religious and private man, one who faced racism at every turn of life, even at the university with which he would become so closely identified.

“Let me put it this way, ‘Who the hell was this guy, me, chairing a committee that picked John Thompson,’ ” says Charles Deacon, Georgetown’s longtime dean of admissions. “I was a nobody and didn’t know what the hell I was doing. That was the general sports world view of it. The alumni view of it, or at least the racist alumni view of it: What was I doing to the university?”

Deacon chaired the search committee before Thompson was hired. Washington was coming out of period of rioting following the assassination of Martin Luther King, Jr. Georgetown, a then-predominantly white institution, was looking for a more national identity while trying to establish a better relationship with the city’s Black community.

Thompson “became a candidate at our request,” Deacon said. “It took some convincing to get him to do it, as a matter of fact, but he did ultimately agree to do it and then he was selected and then we had to convince him to say, ‘Yes.’ ”

Thompson took over a team that had gone 3-23 the season before he was hired. The Hoyas improved to 12-14 and then 13-13 in his next two seasons. During his third, the Hoyas were on a losing streak. Mike Riley, then a freshman guard on the team, remembers a game at the school’s on-campus arena in which someone climbed up to the flat part of the roof, opened a window and hung a sign that was visible from the court:

“Get rid of the (expletive) flop Thompson.”

In such dark moments, Thompson’s players would sense him cling to them tighter. Georgetown went on a run that led to the school’s first NCAA tournament appearance since 1943.

“Coach used to always say that people disregard color if you have economic value,” said Riley, who was Thompson’s assistant coach from 1983 until 1999. “And I have found that to be very, very true. And so you just to have to live with that.”

As a charter member of the Big East starting with the 1979-80 season, the Hoyas became a mainstay in the NCAA tournament. In 1981, Thompson landed Patrick Ewing, a 7-foot native of Jamaica who was the most highly sought after recruit in the country.

“He was the main decision. He was the main reason,” Ewing said of Thompson. “Georgetown was my last visit and leading up to all of it, to have the opportunity to see a Black man who looked like me, who carried himself with class and dignity and he was someone that you could be like or emulate.”

Together, Ewing and Thompson led the Hoyas to three NCAA title games and the 1984 national title during the center’s four years at the school. He would go on to become a 11-time All-Star in the NBA, yet he still counts those years he spent at Georgetown as among the best of his life. Not just because the Hoyas went 121-23 during his career, but because of the man who would stop practice and start lecturing his players about life.

Thompson became a hero in Black communities around the country. Georgetown’s application numbers spiked during the Ewing years, while Georgetown shirts and jackets became hot-selling items because of its Black coach and the Black players who wore the school’s gray jerseys.

“He was really running the underground railroad,” said Riley, a product of Washington’s Cardozo High School. “And I thought about that years ago when I was there in that he was bringing inner-city kids over here that went to the D.C. public schools, Philadelphia public schools, New York public schools or wherever public schools and he was getting them degrees.

Growing up in segregated Washington, Thompson had sat in the back of his Catholic church behind white parishioners.

“John was in the forefront of integration. He was one of the few Black students in a white school. He was kind of loved and respected by everyone, but racism was very real and very deeply-seeded. And I suspect he was observing and learning how to manage in a white, racist world as a 15-year-old kid. That was the beginning of that learning experience.”

Thompson helped Carroll to a 55-game winning streak. Yet, during his time there, the school had mostly white students, all white administrators and an all white faculty. As Thompson learned there and when he went on to star at Providence, racism is often subtle.

“He used to have to stay (at) Providence on Thanksgiving because none of the kids ever invited him to come to their house to eat,” Riley said. “(Later) he was a successful coach. The Providence job came up several times during his tenure at Georgetown. Not one time did they ever inquire whether or not he was interested or ask him to come up and interview. Not one time. And he went to school there. And he was perplexed with that.”

“I was more a John Thompson fan than I was a Hoya fan,” said Ed Cooley, who grew up in Providence and went on to become the head coach at Thompson’s alma mater. “In our community, all young, Black males wanted to go to Georgetown because we could identify with the coach. There weren’t many Black coaches that we as youngsters could look up to.”

Thompson also could have a softer side. One that would offer advice to white coaches such as Jim Calhoun, Rick Pitino, P.J. Carlesimo, Jay Wright and Gary Williams.

He gave managers for his team full scholarships, offering them to students whose families needed the financial relief.

One of Thompson’s good friends later in life was Syracuse coach Jim Boeheim, who was also his fiercest rival on the court. For 10 to 15 years, the coaches didn’t talk as their teams grappled in some of the sports’ most physical games. At some point, the men realized they liked each other.

When Thompson died, Boeheim was a prominent voice in remembering his legacy, so poignant now amid the country’s social justice movement.

“He did that before anybody,” Boeheim said. “He did that all along, in little ways here and there. In meetings, talking about African-American referees getting a chance, and he helped that. Just everyday things. And he was always willing to put himself on the line. And he would do it today. You know, we need people like him today that are willing to do that and he set that example. I think that’s why we’re all trying to do things today.”