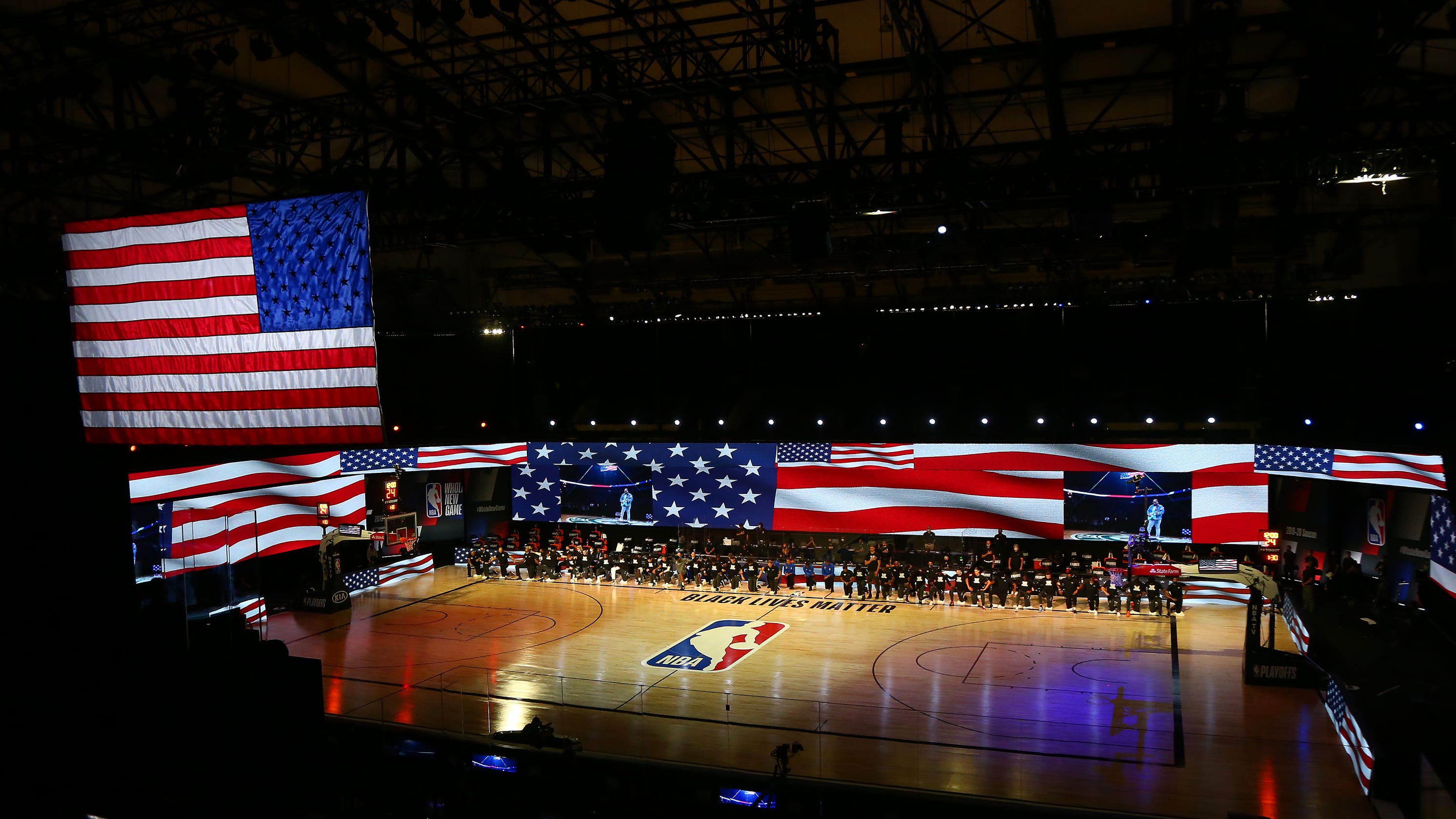 The past two months on campus left me with mixed feelings

Do these conflicting and overlapping feelings sound familiar? It should. Plenty others have felt this way in 2020 because of the coronavirus outbreak, the collapsing economy and the ongoing cases of police killing or shooting unarmed Black people.

I also feel this way because of what I experienced the past 59 days on the NBA’s Disney Campus. I have passed the baton to my colleague, Jeff Zillgitt, to finish off the rest of the season. There’s been a lot to unpack that leaves me feeling both encouraged and concerned.

I became pleasantly surprised the NBA has overseen exactly zero positive COVID-19 cases since teams arrived here in early July. I know it is too early for NBA to run a victory lap, however, until the league’s championship team hoists the Larry O’Brien trophy in October.

I became increasingly impressed with the NBA’s players becoming empowered to address systemic racism with symbols, words and initiatives. Though I credit the NBA players for refusing to shut up and dribble, I remain uncertain whether change awaits.

I remained grateful for being the privileged few to cover such an historic moment. I stayed impressed with how players, coaches, media relations staffs and other reporters made the best of these circumstances with hard work, enthusiasm and professionalism. Hence, I won’t complain about the time away from close ones, the food, the countless restrictions or the long hours. But I completely understand why everyone here increasingly struggles with these dynamics. It became impossible not to feel burned out and stir crazy.

Members of Bucks and the Heat kneel before a game. (Photo: Kim Klement, USA TODAY Sports)

During the NBA’s traditional 82-game season, those in league circles have often described the experience as “everyday is a Wednesday.” Same thing with the 15-hour work days in the NBA bubble. Mornings started between 9 a.m. and 10 a.m. Then I completed the NBA’s Health app by reporting my temperature, oximeter readings and any symptoms, thankfully which were always none. I received a COVID-19 test that featured a mouth swab and a two nose swabs on the tip of each side, thankfully all of which turned out negative. Following breakfast and conference calls, a full day awaited.

STILL DOMINANT:LeBron leads the Lakers past the Rockets in Game 3

During the seed-in games, my afternoons were filled with either a game or a handful of practices. The evenings were filled with another game that usually bore playoff implications. Once the playoffs started? I reserved my afternoons just for practices, both to handle any news and gather for other stories. Then I attended the late games. Those ended around 11:30 p.m. ET, interviews finished about an hour later and I arrived back to my hotel at 1 a.m. to write. I usually went to bed around 3 a.m.

I wouldn’t trade that itinerary for anything. I squeezed in naps and workouts to maximize health. Still, anyone will struggle completing that routine for 43 consecutive days since the season restarted on July 30. So just imagine how players might feel when they are competing in intense games every other day, practicing on the other days and filling the rest of their time with film sessions, treatment and sleep. Yes, everyone here has access to pools, golf courses and fishing trips. Players also can go to lounges to watch movies, play cards or enjoy video games. But very few have the time to enjoy those activities. Not with their job. Not when the rare free time anyone has is usually devoted toward connecting with family and friends.

No wonder Los Angeles Clippers forward Paul George initially struggled and shared that he spoke to a psychiatrist. He spoke of the thoughts of others that grappled with mental health issues. To the players’ credit, though, most performed through the challenges. Damian Lillard, Ja Morant, Devin Booker and TJ Warren entertained fans during the seed-in games.  LeBron James, Anthony Davis, Kawhi Leonard, James Harden, Luka Doncic, Jimmy Butler and Chris Paul dazzled with dramatic playoff performances.

The only time the action stopped? When the Bucks refused to take the court against the Orlando Magic in Game 5 of their first-round matchup to protest Kenosha police shooting Jacob Blake, an unarmed Black man, seven times. That prompted the NBA to postpone several days’ worth of games.

For those that say NBA players and coaches should shut up and dribble, how about you shut up and listen? They may be multi-millionaire athletes, but they have the utmost authority to speak on racism because they have experienced it themselves. So have their family and friends.

James and other players shared why they and other Black people grew up fearing police. Clippers coach Doc Rivers delivered an emotional message that questioned why Black people “keep loving this country, and this country does not love us back.” Miami Heat forward Andre Iguodala explained how investment in Black businesses and communities will play a significant role in building generational wealth. Indiana Pacers forward Malcolm Brogdon launched a foundation that will bolster funds for local Indiana schools. The NBA and the players union agreed for the league’s owners to spend $300 million over the next 30 years to fund a foundation “dedicated to creating greater economic empowerment in the Black community.” Countless players spoke out about George Floyd’s killing and asked for justice for Breonna Taylor. The league and its players have formed varying initiatives aimed to fight voter suppression in federal and local elections.

This all happened in the middle of a pandemic. And yet, the NBA currently has yet to have any positive COVID-19 cases. How? The NBA has done what President Donald Trump, the federal and state governments should have ensured in the first place. The NBA made testing available every day. The NBA enforced mask-wearing and social-distancing rules. For the few players that broke the rules, the NBA enforced additional days of quarantine. The NBA formulated its health and safety protocols by actually listening to health experts instead of pretending they are the smartest people in the room. The NBA implemented programs that gave the outside community larger access to testing, and participated in studies that could help with discovering a cure.

What does this mean moving forward?

Barring a safe and proven vaccine, I don’t see how the NBA can resume next season with fans in arenas even if the league delays the Dec. 1 start date. That means the NBA may have to resume next season on one or multiple campus sites. Given the struggles with remaining far from family for three months, I cannot see how players, coaches and staff members would sign up for this through an entire season. And as much as the NBA players seem determined to pursue racial justice, they readily admit that the burden mostly falls on lawmakers and institutions to enforce needed reforms.

As the NBA demonstrated during the season restart, however, it found a way to make it all work. If only the rest of the country could do the same thing.