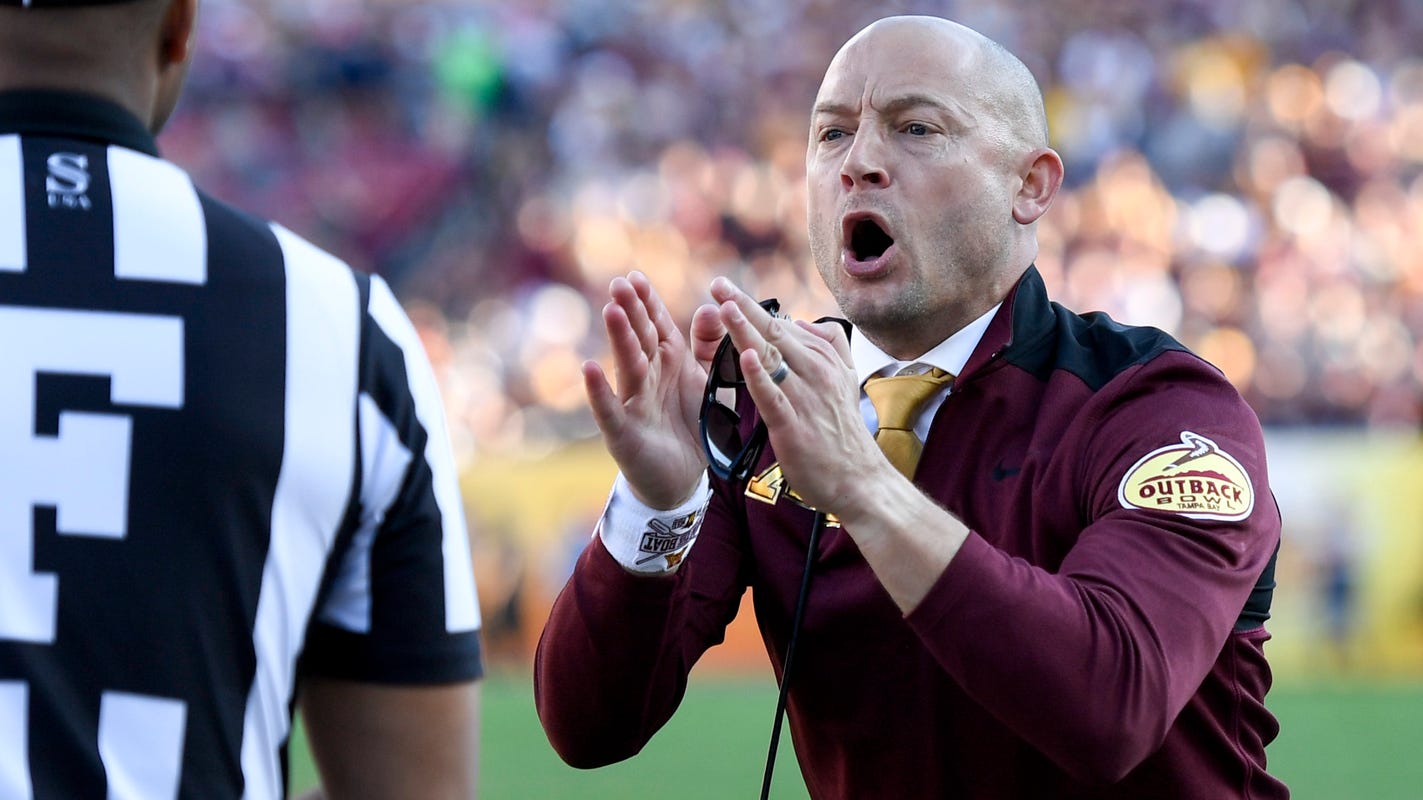 Minnesota coach P.J. Fleck has presented his team with models for playing a football season that begins in October, November, December or January, he said on the newest episode of the Amway Coaches Poll podcast.

“We’ve been told through the Big Ten that those are legitimate times we could possibly start,” said Fleck.

Keeping the Golden Gophers motivated while not being able to present a set-in-stone start date is a challenge, he admitted. A similar scene is unfolding at programs across the Big Ten, as teams work with limited practice time to stay poised to play a rebooted season at some point this fall or winter.

“We’ve said, no matter what, football is coming,” Fleck said. “It’s like ‘winter is coming.’ Football is coming. We know that. We don’t know when. But we know it’s coming. So whoever can do this period of uncertainty better for longer is going to have the best advantage.”

DIFFERENT LOOK: 10 changes to watch for this college football season

Meanwhile, Fleck spent Week 1 of the 2020 college football season in an unfamiliar spot: on his couch.

Instead of coaching the Golden Gophers through the team’s scheduled opener against Michigan State, Fleck and his wife spent Labor Day watching Brigham Young beat Navy.

“This is the first time in 25 years I’ve been off on Labor Day, let alone watching a college football game that we’re not playing,” Fleck said. “So it’s very unique, very different. But this is a very unique time during this pandemic.”

The Golden Gophers’ fourth-year coach went 11-2 last season, setting a new program record for wins in a season during the modern era. This was the second time Fleck had won 11 or more games, joining a 13-1 mark at Western Michigan in 2016.

In addition to a conversation with Fleck, the episode breaks down the results from Week 1, including an analysis of BYU’s chances of going unbeaten, and previews the best games to come from a Week 2 slate that includes teams from the ACC and Big 12.