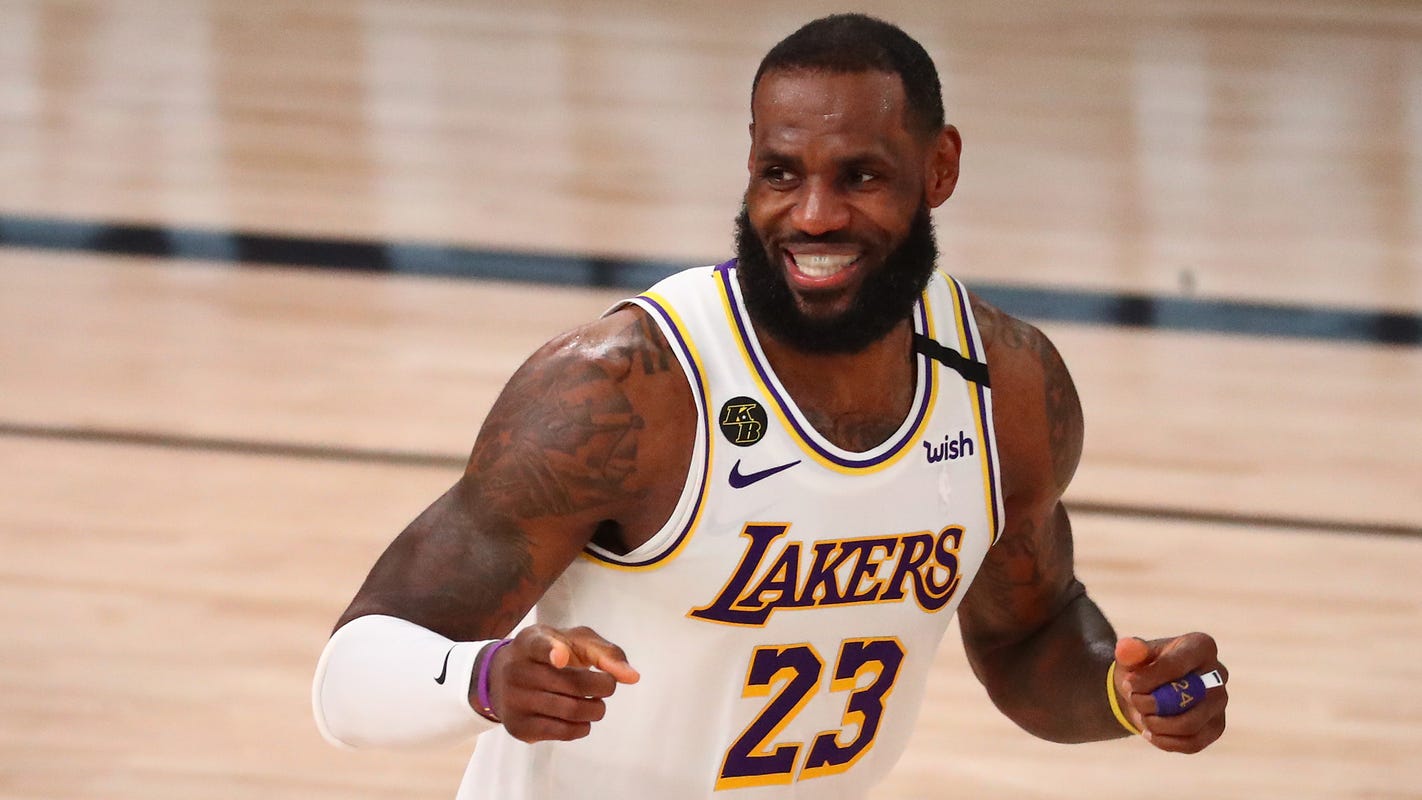 So perhaps it might not be surprising that James played a major part in the Los Angeles Lakers cementing a 112-102 Game 3 win over the Houston Rockets on Tuesday. By scoring 36 points, grabbing seven rebounds, distributing six assists and recording four blocks, James showed once again how he has mastered all parts of his game while giving the Lakers a 2-1 series lead in the Western Conference semifinals.

But how does James fulfill this job description so consistently? At 35 years old? When opponents circle him on the scouting report? When he has done all of this for the past two months on the NBA campus, while also becoming one of the league’s leading voices addressing systemic racism?

“I’m not going to tell you exactly what I do. Because I would be giving my opponents a lot of my ingredients,” James said. “But let’s just say my wife is not enjoying what I do on a day-to-day basis inside the bubble getting ready for a game. Let’s just say that. I spent a lot of time, a lot of time on my body.”

The NBA allowed players’ family members to visit the Disney campus this week, which coincided with eight teams leaving following the end of the first round of the playoffs. James declined to have his two sons (16-year-old Bronny; 13-year-old Bryce) and five-year-old daughter (Zhuri) visit, saying they would not have much to do on this quarantined site.

James’ wife, Savannah, has arrived here. But she might not have much to do here, either. Not with James preoccupied with keeping his body and mind sharp. Not with James spending most of his free time studying game footage.

Vogel does not have the same window into James’ regimen as he does, obviously. But Vogel became more forthcoming, sharing that James is “incredibly diligent around the clock” with his sleeping habits, morning weight-training sessions and massage treatment. Shortly after the Lakers hired Vogel as head coach last summer, he arrived at the practice facility only to see James there at 6 am “getting his work in.”

James accomplished much more. James surpassed Derek Fisher for most playoff wins in NBA history (162). James cemented his fourth playoff game where he had at least four blocks and his first since he matched that total when the Cleveland Cavaliers played the Indiana Pacers on April 17, 2017. And James surpassed Julius Erving for 12th place on the NBA’s all-time blocks list in the postseason (242).

“It’s very humbling and something I never dreamed of. I never came into the league as a kid thinking, ‘I’m going to be No. 1 in playoff wins,’” James said. “I just want to be part of a winning culture and be a winning player and do whatever it takes to help my teammates win.”

Still, James’ teammates have trouble processing what he has accomplished. When Davis heard that latest milestone during his post-game press conference, he just shook his head. Then Davis turned his head and stared at James, who was sitting nearby thumbing through his phone while waiting for Davis to finish his interview.

“Nothing’s surprising for us. The things he’s able to do at this age is still unbelievable,” Davis said. “I feel like every game he’s breaking another record. So I’m glad I’m his teammate and get to witness it firsthand this season. He’s going to continue to break more and continue to get better for however he continues to play. But it seemed like he’s drinking from the fountain of youth.”

As a result, James performed what Vogel called “super-hero plays” in Game 3.

He scored 29 first-half points, which represented two things. This marked the highest point total in a first half of any game this season and the most in the playoffs since having 30 points against Boston on June 7, 2012. James’ scoring output (47.5% of the Lakers’ points) also marked the highest of any Lakers player in the past 25 postseasons, according to Elias Sports Bureau. Then, James made a series of 3-pointers, step-back jumpers and drives to the basket. James also recorded a two-handed dunk off a fast break.

“What he’s able to do on the floor still, head still touching the rim, still taking big shots, still playing physical?” Davis said. “It’s all a testament to hard work and the dedication to take care of his body so.”

James’ defense is a testament to the same thing. James blocked Rockets guard Eric Gordon from behind when he drove to the basket. James swatted Harden in front of him at the rim. Toward the end of the third quarter, James performed the “LeBron chasedown” at Rockets guard Austin Rivers.

The scary part? James believes he can still play better.

James has admitted the struggle playing without fans. He has conceded he lost momentum from when the NBA halted the season because of the coronavirus outbreak on March 11. Though he still stayed disciplined with off-season workouts at home, James went four months without playing any five-on-five.

“I’m in a better rhythm. I don’t want to say I’m physically where I’d love to be,” James said. “Just being in the bubble, there are things that are uncontrolable. From a rhythm standpoint, I’m not where I’d like to be. But it’s all about playing basketball efficiently and being effective out on the floor with my minutes. Whatever it takes to try to help my team win.”

Even if it requires James to spend his free time not the same way his wife would prefer.