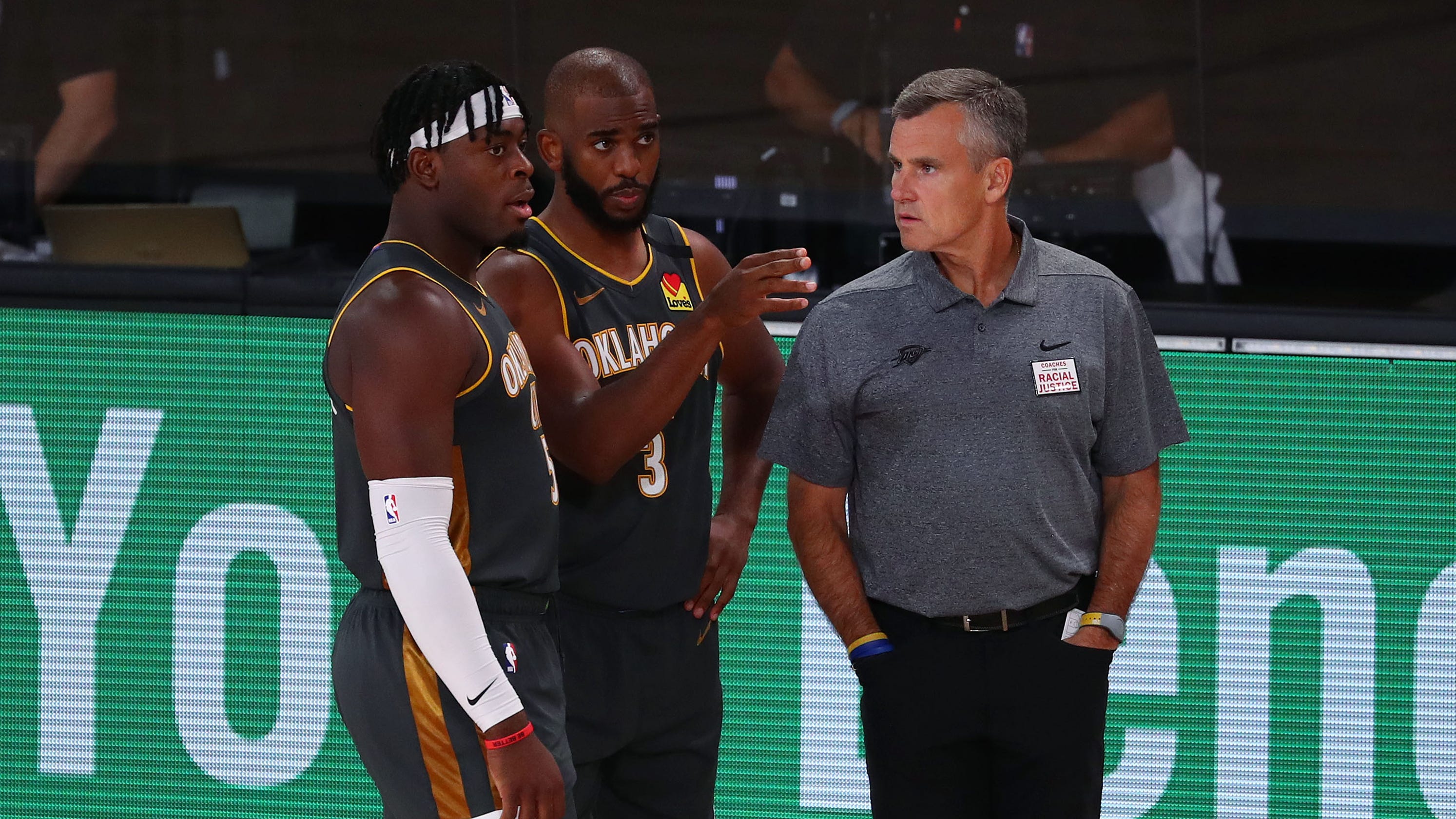 Just don’t go celebrating that reality. There aren’t a ton of great coaches walking Planet NBA, which is why Billy Donovan soon could resurface in Philadelphia or Chicago or an NBA port in need of a skipper.

Here you go. Donovan’s winning percentage of .608 ranks 11th all-time among coaches with at least five years of NBA experience. That’s out of 124 coaches.

I assume that makes you feel a little worse, and I assume you realize the next guy will have no chance of approaching that kind of winning.

Donovan’s departure, announced Tuesday night by the Thunder, came after his five-year contract expired, and Sam Presti was unable to provide a road map for future success.

But the spigot of stars soon could close. Maybe this off-season, maybe next off-season, maybe mid-season, whenever that is. The Thunder soon could be headed for a tank job near you. Donovan, 55 and in no mood for a rebuild, decided two in the bush trumped a bird in the hand.

Will Donovan be attractive on the coaching market? Probably. He’s got experience with winning teams. He’s got good communication skills and had zero problems with players, other than Durant’s occasional social-media nonsense to justify his Golden State decision. Donovan is a company man, which by coincidence is attractive to companies.

Donovan’s work when Westbrook and George were tag-team partners was pedestrian. Win totals of 48 and 49, followed by first-round playoff eliminations.

Therein lies Donovan’s chief shortfall. A lack of playoff success. The Thunder has lost five straight playoff series. If Game 6 doesn’t happen — if Andre Roberson hadn’t found foul trouble, allowing Klay Thompson to go crazy, or if Westbrook and Durant hadn’t picked the worst time to play their worst — maybe there’s an NBA championship banner flying in Chesapeake Arena, and Donovan is an Oklahoma hero on the level of Rodgers and Hammerstein.

But Game 6 did happen, and the Thunder hasn’t won a playoff series since.

Donovan’s “tactical competency,” the term Presti used upon Donovan’s hiring, was hit-and-miss, which frankly is the NBA standard. Tactics are overrated when Westbrook is your point guard. You go as he goes, and he goes at warp speed with little regard to schemes.

Donovan’s final two teams, plus the 2016-17 Westbrook-as-lone-soldier team, were far better defensively than offensively, which might surprise the masses. Donovan’s only elite offensive team was the Durant team of 2015-16. Easy to have a good offense when Kevin Durant is on your roster.

IN THE BUBBLE: Challenges of isolated life add to NBA players’ playoff stress

But Donovan gave young players room to grow. Lu Dort and Darius Bazley of recent vintage, but Roberson, Domantas Sabonis and Jerami Grant, too. That’s an underrated element of coaching.

Donovan didn’t really connect with Oklahomans, not the way Scotty Brooks or even Byron Scott did in Hornet days. But who cares? No one comes to the arena to see Mike Budenholzer or Frank Vogel coach.

“He did a great job for us and we have the utmost respect for him,” Presti said of Donovan. “The things he did will be remembered for a very long time.”

The first part is true. The second part is not. In the NBA, coaches rarely are difference-makers. Donovan was not.

The Thunder played hard for and rarely quit on Donovan, who generally had the ears of his players. Can’t ask for much more. There’s only one Gregg Popovich.

And now Donovan is gone. A good coach in a league that produces few great coaches.

Berry Tramel can be reached at btramel@oklahoman.com.