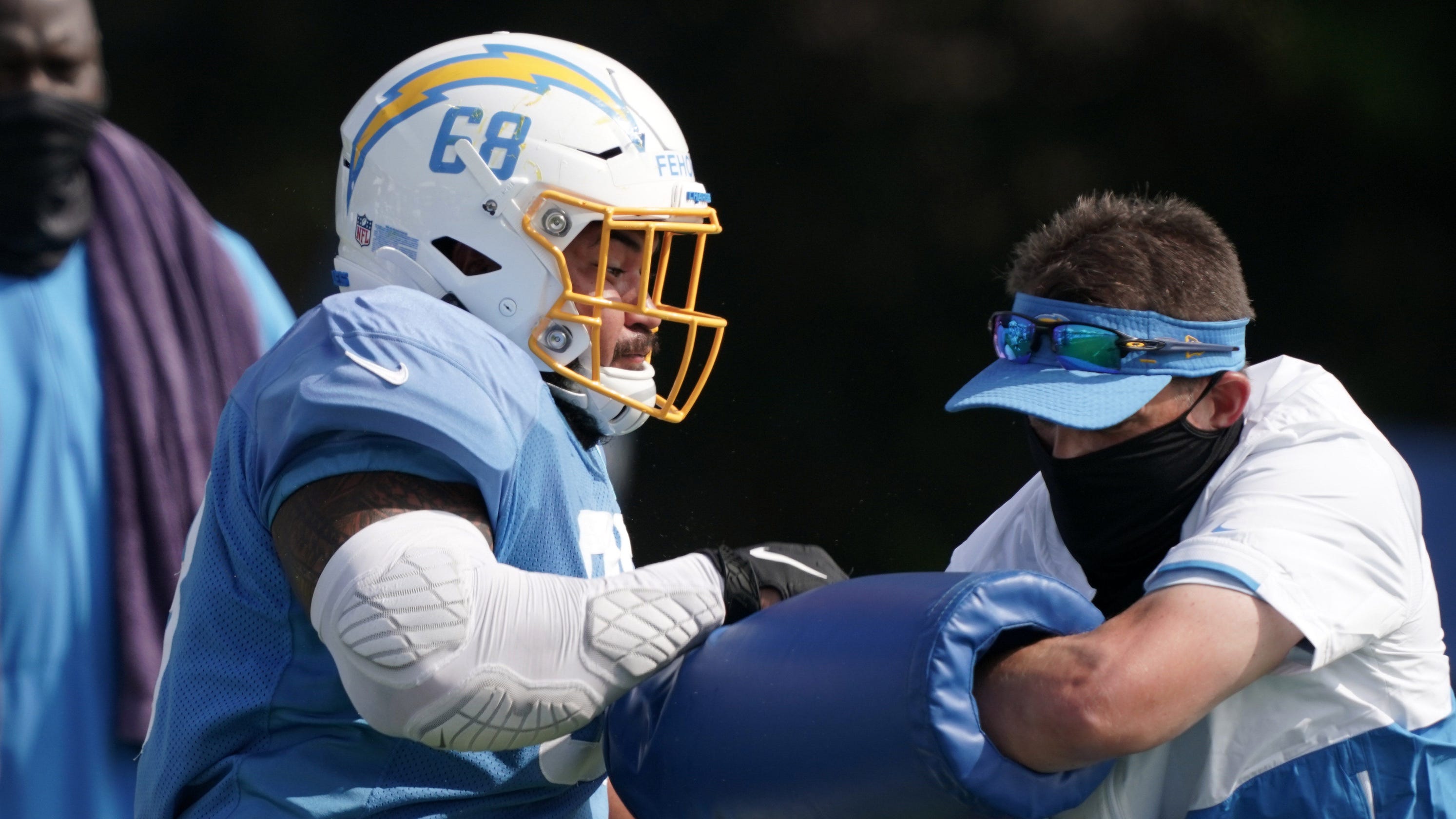 Football fans are to the point now when they can count down the hours until kickoff of the 2020 NFL season on Thursday night in Kansas City. But the buildup to kickoff was decidedly abnormal during the strangest training camp any fan can remember.

Much of the same was true for this season’s edition of HBO’s “Hard Knocks.” Without August’s exhibition games, the storytelling aspect of the in-game isolation moments that NFL Films is so famous for was a non-factor. Roster bubble players got brief introductions mostly via training camp practices, scrimmages and Zoom calls with family and friends.

There was also the heavy focus during this season’s “Hard Knocks” on the league’s extensive COVID-19 protocols and then the social justice movement.

Still, there were a handful of roster bubble players who were thrust into the spotlight by the show. While these players all got caught in the normal cutdown-day carnage as both the Los Angeles Rams and Chargers reduced their rosters to 53 players (from the original 80-man training camps), expanded practice squads opened up four extra spots for these on-the-fringe players and increased their chances of continuing with their NFL dreams.

♦ Cornerback Dont’e Deayon, at 5-foot-9, 159 pounds, doesn’t exactly have the ideal size for an NFL corner (or, any other position for that matter). But, he’s a good teammate (“A joy to be around; good football player … good guy to have on your team,” says Rams director of pro scouting Ray Agnew). Deayon is cut, but later signs to the Rams’ practice squad. That was also the fate of safety JuJu Hughes, an undrafted rookie out of Fresno State who plays with a toothpick in his mouth for some reason.

♦ Linebacker Clay Johnston, a 2020 seventh-round draft pick by the Rams out of Baylor, was featured in Episode 3 calling Brett Favre “Papa Favre.” Johnston also is cut with the hopes of bringing him back for the practice squad. Instead, Johnston opts to join the Carolina Panthers’ practice squad, where the team’s new head coach (Matt Rhule) was Johnston’s coach at Baylor and his father, Kent Johnston, is the team’s director of player wellness.

♦ Nose tackle Breiden Fehoko was signed by the Chargers as an undrafted rookie out of LSU in late April. He’s cut, signs to the practice squad and has an emotional Zoom call with his family in one of the episode’s most poignant moments (“Today, is a special thing for our family,” says his father, Vili Fehoko, who is more famously known as “Vili the Warrior”).

♦ Running back Darius Bradwell was signed by the Chargers as an undrafted rookie out of Tulane after this year’s draft. He came into training camp overweight and out of shape, and got a verbal dressing down by team strength coach John Lott in this season’s first “Hard Knocks” episode: “Your stinkin’ head coach is an ex-running back, so he’s going to look at you like a German Shepherd with his ears up at an airport. … You gotta get your stinkin’ mind right. Remember what I told you, this ain’t no pie-eating contest.” Ouch!

“First couple days, I’m looking and thinking ‘we’re going to need to bring somebody else in,'” Chargers GM Tom Telesco tells Bradwell — who’s listed at 6-0, 235 — on cutdown day. “The first couple of days, you were in rough shape. You just weren’t ready to go.

“But, I’m proud of how you’ve responded the last four or five weeks. You’ve come a long way.”

Like the other aforementioned roster longshots, Bradwell earned a practice squad spot.

NFL aspirations live and die every year on “Hard Knocks,” and that month-long human drama continued to make the show genuinely satisfying, even in godforsaken 2020.

The Chargers will be on the road to play the Cincinnati Bengals (4:05 p.m. ET, CBS), who will be featuring 2020 No. 1 overall draft pick Joe Burrow making his first NFL start. Burrow will be the only first-round quarterback to start in Week 1, as the Chargers’ Justin Herbert and Miami Dolphins’ Tua Tagovailoa will serve as backups to start the season.

The Rams host the Dallas Cowboys on “Sunday Night Football” (8:20 p.m. ET, NBC) for the first event to be held at the new SoFi Stadium. These two teams have some interesting recent history together. The Rams hosted the Cowboys during the 2016 preseason in what was the franchise’s first game at the historic L.A. Memorial Coliseum since 1979. Two seasons later, the Rams defeated the Cowboys in the divisional playoffs at the Coliseum en route to reaching Super Bowl LIII.