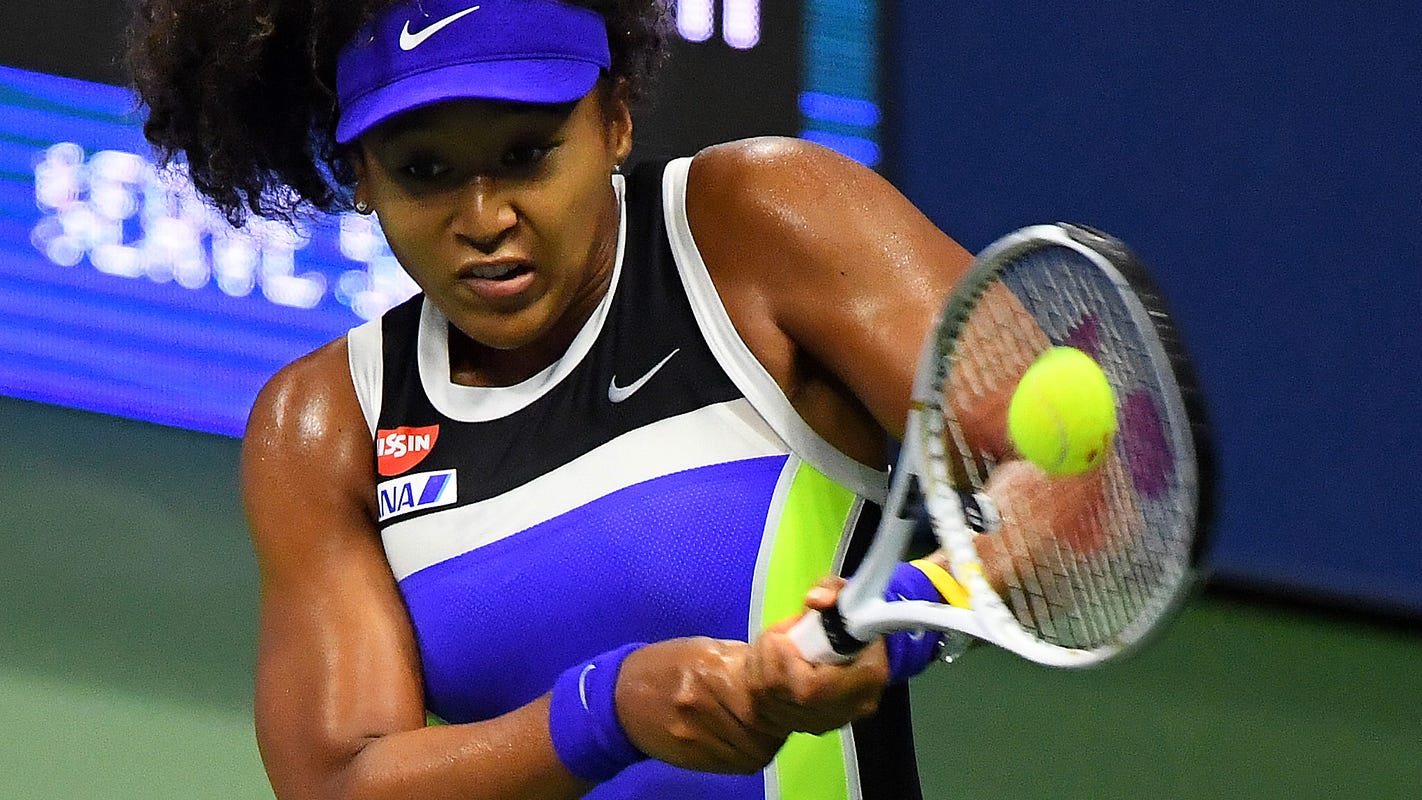 NEW YORK — Naomi Osaka, a two-time major champion and a woman of many masks, had an unusual experience Tuesday night in the U.S. Open quarterfinals. She took the Arthur Ashe Stadium court against a player she had never beaten. A player she had never even taken a set off, in fact.

Osaka, the 2018 Open champion and ranked No. 9 in the world, pronounced herself the underdog against 93rd-ranked Shelby Rogers, but she certainly didn’t comport herself that way, capturing a 6-3, 6-4 victory to advance into the semifinals. It ended a splendid run by Rogers, a 27-year-old from Charleston, South Carolina, who made it to the final eight — her first Open quarters — just a year after she couldn’t get out of qualifying and was barely ranked in the top 300.

Awaiting Osaka in the semis is another upstart American, No. 41 Jennifer Brady, who overpowered No. 35 Yulia Putintseva of Kazakhstan, 6-3, 6-2, earlier on Tuesday. Brady’s resurgence this summer began immediately upon tennis’ restart, as she captured the title at a tour stop in Lexington. The turnabout has been something to behold.

A 41st-ranked former UCLA star, Brady lost in the first round in her previous two Opens, and got trounced by Karolina Pliskova in 46 minutes in 2017.

She beat Putintseva in 68 minutes. What changed? she was asked.

“Three years can make a huge difference,” Brady said. “I think I have matured. I definitely have gotten a lot fitter, I feel a lot stronger out on court, have a lot more confidence in myself and my game. I know what I’m doing out there. I believe in myself, my game, that I’m good enough to win matches and to be at this level and to be where I am today.”

Osaka, 22, has come on court with a name of a different victim of police brutality for each of her five matches. The quarterfinal mask remembered George Floyd. Osaka has been among the most passionate and pro-active athletes in any sport to bring attention to racial inequality and social justice. Any thought that it might sidetrack her in her pursuit of a second Open title has not been borne out.

Rogers is not a player easily cowed by having a big name across the net. She stunned Serena Williams in Lexington, and took down sixth-seeded Petra Kvitova, a two-time Wimbledon champion, in the third round. She didn’t back down against Osaka, but was plagued by repeated unforced errors – 15 in the first set. She managed to save her first break point of the match in Game 6 of the first with a snappy backhand crosscourt winner, but Osaka broke anyway to 4-2 when Rogers sailed a backhand long a few moments later.

Rogers responded immediately to the adversity, spanking a forehand return winner to break back, but Osaka played her tightest game of the set, breaking Rogers at love, finishing with a crackling crosscourt forehand to get to 5-3, then took the set when Rogers belted a backhand way wide.

Osaka didn’t wait long to surge in front in the second, breaking in the third game with a deep forehand that trapped Rogers in the corner. Osaka made it hold up, going up 5-3 with a dazzling display of speed, sprinting to reach a Rogers drop shot, then scooping an angled crosscourt winner.

It wasn’t long after that Osaka closed it out, Rogers rapping a forehand approach into the net.