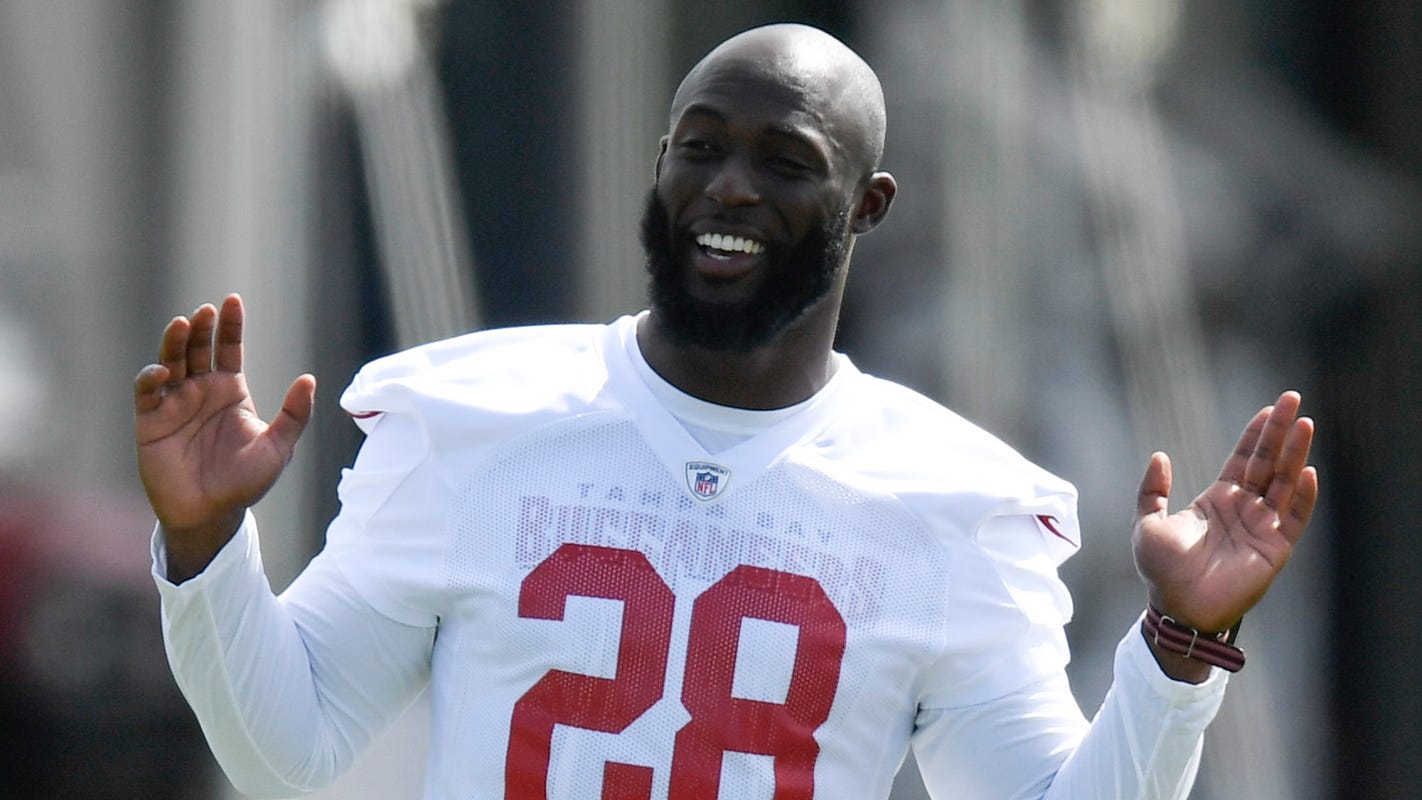 Leonard Fournette may have only moved from Jacksonville to Tampa this offseason, but for him, the distance is light years away.

The Buccaneers running back seems to be enjoying his new surroundings, even if his role in the backfield isn’t as certain as it was with the Jaguars.

“Football is football. I’ve been playing the same game for 25 years,” Fournette said Tuesday. “I mean, for the first time in my life, I really have a quarterback. So that’s eye-opening for me.”

While that may be a little harsh, there’s no denying future Hall of Famer Tom Brady is an upgrade over Blake Bortles and Gardner Minshew.

On the Buccaneers’ first regular-season depth chart, Fournette is listed as the No. 3 running back behind Ronald Jones and LeSean McCoy.

However, he says that suits him fine for now as he learns a new offensive system and builds chemistry with Brady.

Running back Leonard Fournette gets acclimated to practicing with his new team, the Tampa Bay Buccaneers, after being traded by the Jacksonville Jaguars. (Photo: Douglas P. DeFelice, Getty Images)

“Not a lot of pressure is gonna come on me,” Fournette said. “As far as game-planning and changing things, it’s great for me. I’m happy to be back there with one of the greatest, well, the greatest that’s played this game, and I get to learn from him too.”

Fournette, 25, rushed for a career-high 1,152 yards last season with the Jaguars, but often faced stacked defenses that were geared to stopping the run. The dynamic should be different in Tampa Bay, and Fournette says Brady is helping him fit in quickly.

“My first two days here, I was sitting here talking to him about other defenses, what he expects, what I expect from him, you know our expectations because they’re high right now,” he said. “But we have to start with each other on the team to understand each other and get a better communication before anything.”