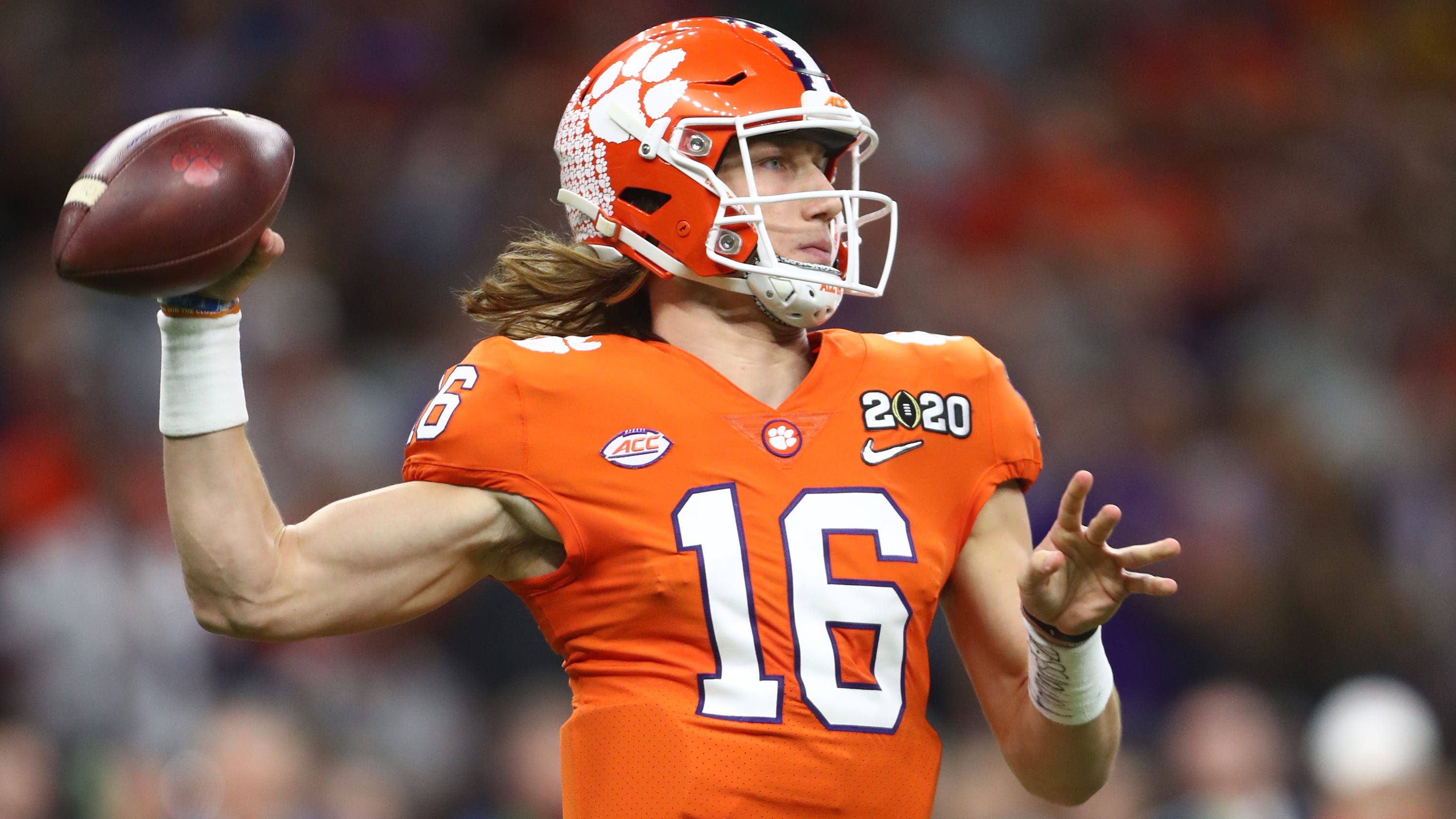 While his victory seems obvious in hindsight — he only rewrote the LSU, Southeastern Conference and Bowl Subdivision record book in leading the Tigers to the national championship — Burrow headed into last season with slim odds to lift the Heisman Trophy. After all, he threw 16 TD passes in 2018. (And then tossed 60 as a senior.)

There might be another contender looming off the radar heading into the 2020 season. With so many major contenders no longer playing this fall, however, the Heisman conversation centers on one quarterback.

1. Clemson QB Trevor Lawrence: With Ohio State quarterback Justin Fields not playing this season, the spotlight squarely falls on the junior entering what should be his final season. His below-the-standard performance in January against LSU is the one low mark on an otherwise perfect college career.

2. Texas QB Sam Ehlinger: This spot depends on a Texas rebound, which seems possible but far from certain given the program’s recent history. If so, however, the combination of Ehlinger’s personality, back story and the Longhorns’ national draw would make him a formidable contender.

3. Clemson RB Travis Etienne: Etienne will undoubtedly be overshadowed by Lawrence, as has largely been the case across the past two seasons. While fans who watched Clemson beat Ohio State in the Fiesta Bowl can vouch for Etienne’s varied skill set, it’ll be difficult to supplant his teammate as Clemson’s go-to Heisman contender. Nonetheless, Etienne should put up the numbers and have the impact to justify being viewed as a possible finalist.

4. Oklahoma QB Spencer Rattler: Two of the past three OU quarterbacks have won the Heisman (Baker Mayfield and Kyler Murray). The third, Jalen Hurts, finished second in voting a year ago. Unlike that trio, Rattler was recruited by coach Lincoln Riley out of high school and not acquired as a transfer. The lack of experience makes his redshirt freshman season harder to predict. Still, the program’s recent track record, Rattler’s obvious ability and the Sooners’ surrounding talent has him in the thick of the race.

5. Oklahoma State RB Chuba Hubbard: That Hubbard opted to return to Oklahoma State after rushing for 2,094 yards as a redshirt sophomore was surprising given the trend of proven college backs leaping to the NFL at the first opportunity. Hubbard will form one-third of the Cowboys’ very impressive group of offensive talent (QB Spencer Sanders and WR Tylan Wallace) and conceivably be just as productive on a per-carry basis in 2020.

6. North Carolina QB Sam Howell: This might be a year too soon for Howell’s Heisman push, especially with Lawrence the center of attention in the Atlantic Coast Conference. But after a superb freshman season, Howell has been anointed college football’s next great quarterback after Lawrence and Fields head off to the NFL. A run to the conference title in 2020 could set Howell ahead of schedule.

7. Florida QB Kyle Trask: After not starting a game since his freshman year in high school, Trask took over due to injury in 2019 and flourished under Dan Mullen’s direction. Now entrenched as the starter for a team with genuine College Football Playoff hopes, Trask could be that dark-horse candidate who storms to the front of the line after key games against Tennessee, LSU or Georgia.

8. Alabama RB Najee Harris: With a new starter at quarterback, Harris will be the face of Alabama’s offense. He took advantage of an increased workload as a runner in 2019 (1,224 yards) and really blossomed as a receiver (27 catches for 304 yards) to be one of the more well-rounded backs in the Power Five. Harris is just 1,214 yards off the program’s all-time rushing record, an achievement that would speak to voters.

9. Notre Dame QB Ian Book: As it is, being the quarterback for the Irish is an easy ticket to national recognition. Book’s been a good one since taking over early in the 2018 season, when he led Notre Dame to the national semifinals, and took a major step forward a year ago (34 touchdowns against six interceptions). With the Irish set to challenge Clemson for the ACC title and make another run at the playoff, look for Book to land firmly on the Heisman map.

10. Auburn QB Bo Nix: Heisman contention is in the future for Nix, even if that comes in 2021. One issue for the Auburn sophomore is the Tigers’ offensive line, which is concerning enough on paper to potentially stem his development coming off an impressive but often uneven freshman year.