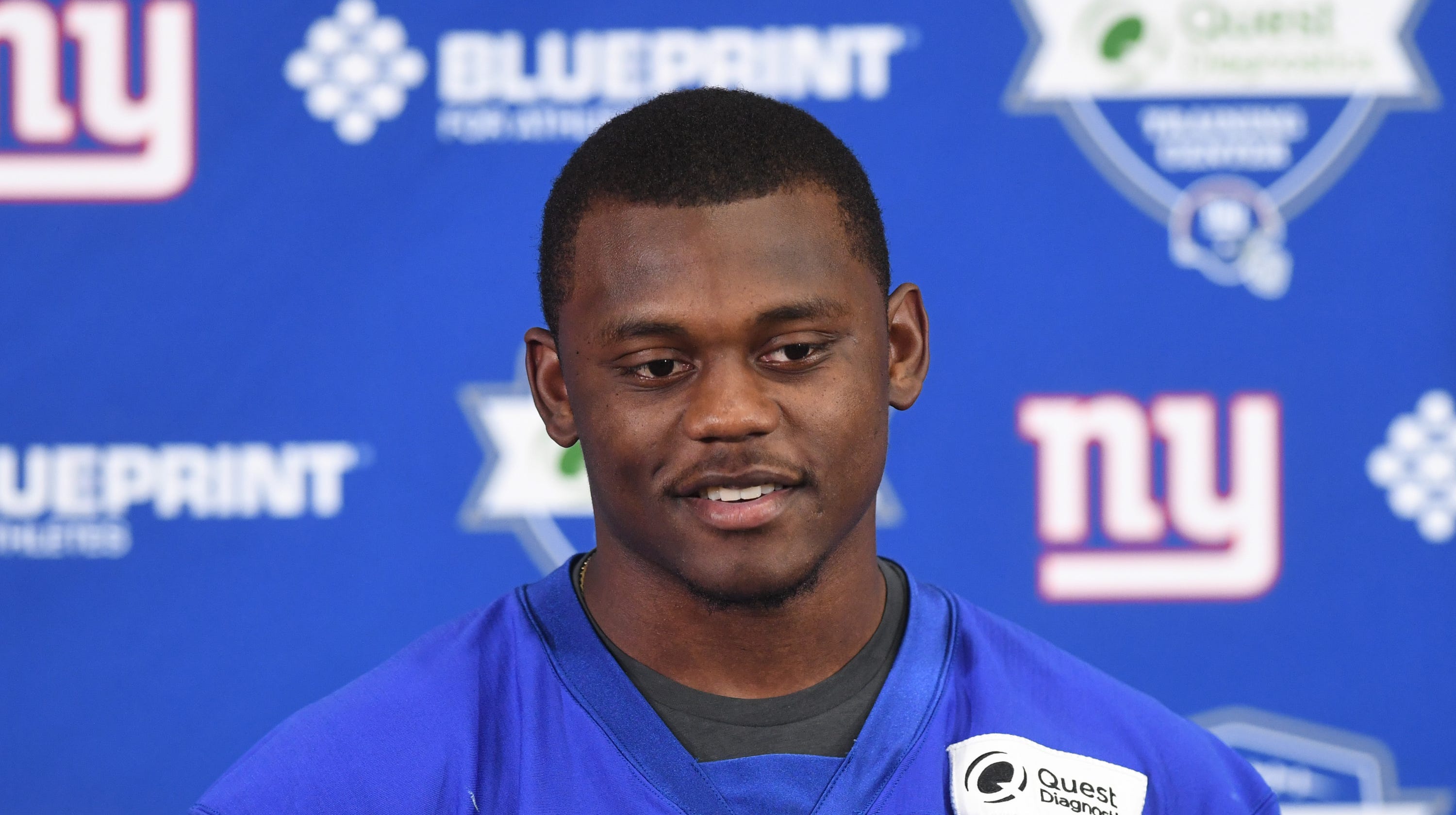 EAST RUTHERFORD, N.J. – The New York Giants have officially parted ways with DeAndre Baker as he awaits arraignment on four separate charges of robbery with a firearm for an incident that took place in his native Florida back in May.

Both co-owner and team president John Mara and general manager Dave Gettleman indicated the release of Baker was only a matter of time, and that time is now.

On Baker, who remains on the Commissioner’s Exempt List, Mara said “a decision will be made sooner rather than later” regarding his place on the Giants.

Essentially, the message from the Giants was that they’d be releasing Baker at some point. Calling the situation with Baker and Aldrick Rosas, who has already been released following a legal entanglement of his own, disappointing and “embarrassing,” Mara echoed Gettleman’s words from the previous day by saying: “The DeAndre thing was a shock.”

UNDER PRESSURE: These nine NFL QBs have to step up this season

Baker, 22, was formally charged last month in connection with a May 13 incident in Miramar. He is accused of stealing cash and watches from four men at a house party in the city. If convicted, the punishment for robbery with a firearm is a mandatory minimum of 10 years and up to life in state prison.

Baker surrendered to jail on May 16 and was released on bond while the investigation has been pending. He has not been with the team since.

His next court hearing date is scheduled for early 2021.

There’s no sugarcoating Baker’s departure: the development is a disaster in terms of investment and perception for the Giants, considering Gettleman opted to use three draft picks to move up and acquire the former Georgia star last year.

Gettleman has stressed character and culture since he was granted the chance to rebuild after the firing of Ben McAdoo and Jerry Reese in December 2017.

Any reported behavior concerns with Baker revealed during that pre-draft evaluation had to do with his work ethic, and not necessarily issues of a criminal nature.

Asked why the Giants would not set a zero tolerance precedent by releasing Baker earlier because of the things he is accused of doing, Gettleman said it’s a fair question, but added: “All I can say to that is in life, there’s timing that’s involved. In life, there’s timing.”

Baker was entering the second year of his rookie contract worth a four-year total of $10.5 million, and releasing the player outright would create a significant salary cap hit in terms of dead money over the next three years without allowing the legal process to play out.

The circumstances regarding cap ramifications with a potential release of Baker have likely changed with official charges having been filed, although the Giants will face a battle of reclaim guaranteed money as part of that contract.

According to the official charging document released last month, four individuals are claiming Baker robbed each of “more than” $750 “by the use of force, violence, assault or fear” and that a firearm was “in the actual possession of DeAndre Baker.”

Bradford Cohen, the lead attorney for Baker’s defense team, posted a statement on Instagram last month calling the decision to file charges “disgusting,” accusing the prosecution of doing so “based on admitted liars testimony.”