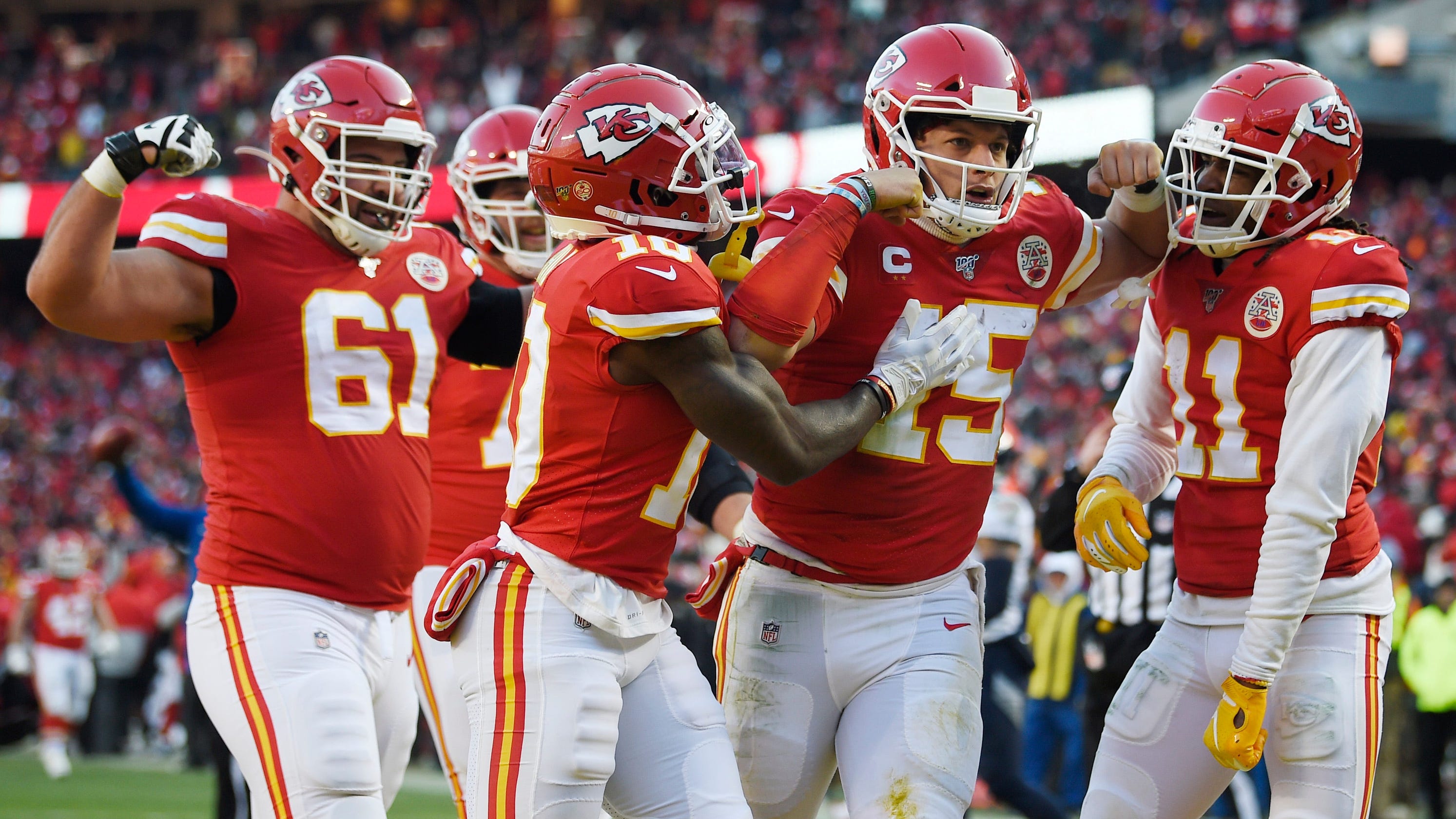 The NFL season is almost here, and there’s a clear class of top contenders. Can any of them knock the defending champion Kansas City Chiefs from their pedestal?

NFL power rankings with the 2020 regular season set to kick off (previous rank in parentheses):

1. Chiefs (1): Want some wedding advice, Mahomes? Publicize your registry, then hire someone to write thank you notes to a half-million Kansas Citians. RG3 cleaned up a few years ago, and he didn’t even win … or remain married.

2. Ravens (2): Could release of FS Earl Thomas be a classic “addition by subtraction” scenario? Watch promising 23-year-old replacement DeShon Elliott for the answer.

3. Saints (3): According to Pro Football Focus, RT Ryan Ramczyk was New Orleans’ highest-rated player in 2019. He would have been our … seventh guess? Eighth?

4. 49ers (4): Really would have been fun to watch these (already legendary) Trent Williams-Nick Bosa training camp battles. The Niners should be better because of them.

5. Titans (8): Eleventh-hour addition of pass rusher Jadeveon Clowney, who had his most productive season under Mike Vrabel when both were in Houston, is quite a coup.

9. Packers (7): If you don’t fully appreciate their lingering wideout issue, Davante Adams was lone one who had more than 35 catches for Green Bay in 2019.

10. Bills (10): We’re with you, Sean McDermott – fairly “ridiculous” a league built on parity is allowing such a range of stadium attendance policies in 2020.

11. Cowboys (11): No reason they shouldn’t sprint to another hot start, facing just one 2019 playoff team (Seattle) before calendar reaches November.

13. Falcons (16): Look for No. 2 WR Calvin Ridley to be one of this season’s top breakout candidates.

14. Vikings (14):DE Yannick Ngakoue could be just the guy Minnesota needs given its pass rush may have to compensate for defense’s young corners.

15. Broncos (17): The buzz is palpable. But will reconfigured line coalesce in front of QB Drew Lock and Co.? And will OLB Bradley Chubb really be near 100%?

16. Browns (18): Good luck finding a team with more quality depth at the offensive skill positions. It’s up to QB Baker Mayfield to make it all work this time.

17. Patriots (15): Bill Belichick is already thriving without Tom Brady – perhaps you’ve seen the Subway ads? Now … can we get some banana peppers with that defense?

18. Eagles (13): Offensive line already in disarray and receivers banged up, too. Good luck with all that, Carson … (and, FWIW, Wentz has also missed practice).

19. Texans (20): Raise your hand if you predicted Zach Cunningham would become third-richest inside linebacker in NFL history? Good, we didn’t foresee it, either. But that Deshaun Watson windfall was inevitable – and deserved.

21. Cardinals (19): Is Chandler Jones NFL’s most underappreciated player? Since coming to Arizona in 2016, he has 60 sacks – eight more than next-most prolific player … who just happens to be Aaron Donald.

23. Rams (25): When your No. 4 receiver (second-rounder Van Jefferson) commands most of training camp’s buzz … welp, kinda sets expectations for season.

25. Dolphins (23): Byron Jones and Xavien Howard are league’s most expensive corner tandem. But Miami won’t get its money worth if it once again accrues NFL’s fewest sacks (23 in 2019).

26. Bengals (26): Did you know Joe Mixon is one of three backs (Ezekiel Elliott, Chris Carson) to rush for at least 1,100 yards each of the past two years? And probably reasonable to expect more in 2020.

29. Washington (29):Starting QB Dwayne Haskins is appropriate decision, but seeing Alex Smith play is only feel-good story this franchise can hope for in 2020.

30. Panthers (31): We know folks in Bible Belt want to come see Christian on Sunday, but Mecklenburg County is doing you a favor by saving your money.

31. Giants (32): Anyone else notice buzz around RB Wayne Gallman? It’s almost as if G-Men should consider moving Saquon Barkley before they squander him …