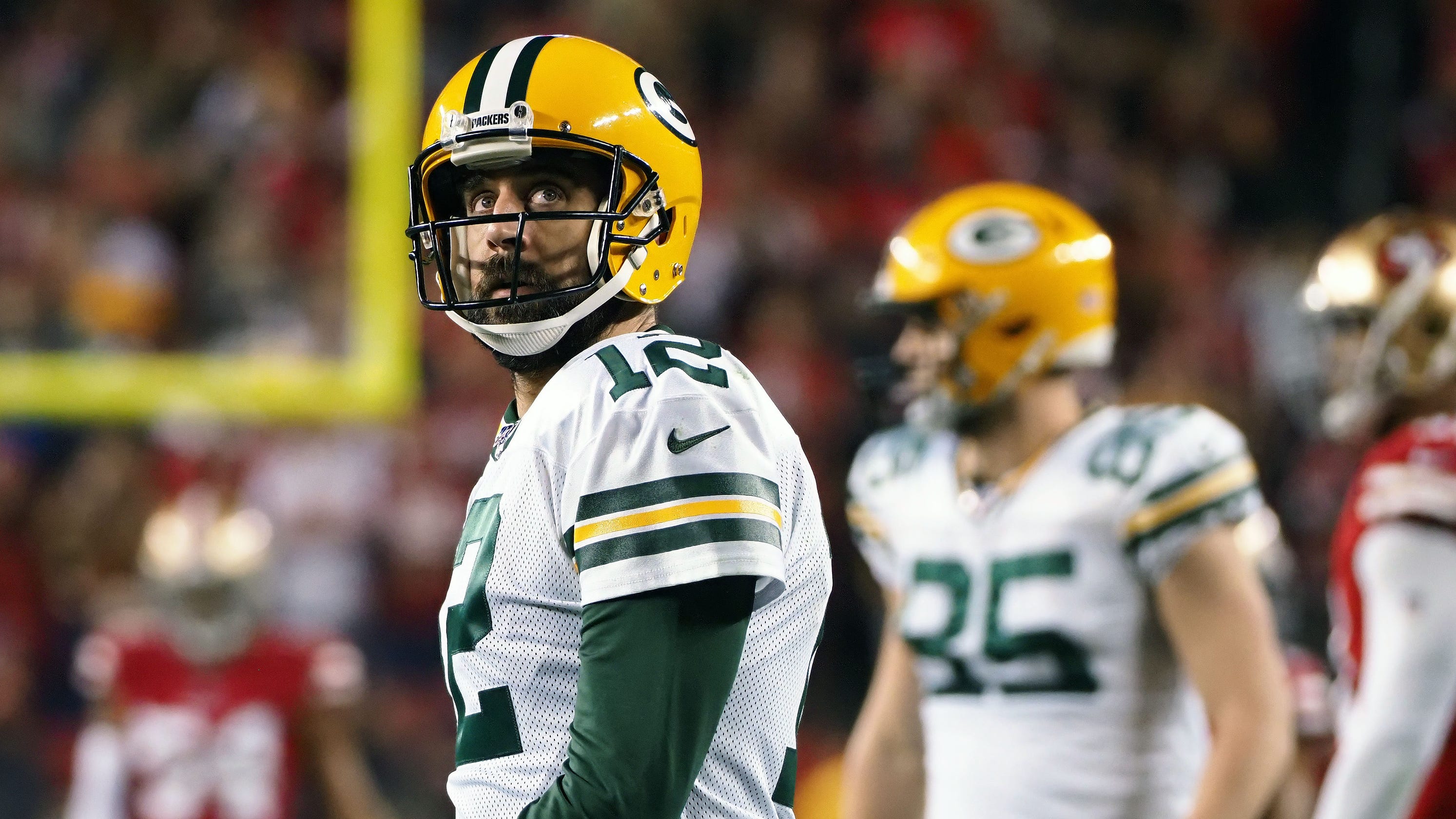 SportsPulse: Mackenzie Salmon connected with Ravens’ legend Ed Reed to get his thoughts on Baltimore letting go of Earl Thomas and what’s next for Lamar Jackson’s evolution at quarterback.

After an offseason and preseason like none other, the NFL’s 2020 regular season will kick off this week, beginning with Thursday night’s opener between the Houston Texans and hosting Kansas City Chiefs.

The kickoff contest features a matchup of two of the league’s premier young quarterbacks, Deshaun Watson and Patrick Mahomes, who this offseason became the two highest-paid players in the NFL.

Mahomes and Watson rank among the quarterbacks who are firmly entrenched in their roles both in the short and long term. However, some of their peers find themselves in make-or-break situations as 2020 kicks off. Others must capitalize on shrinking windows of opportunity.

Here’s a look at some of the quarterbacks under the most pressure to deliver this season. 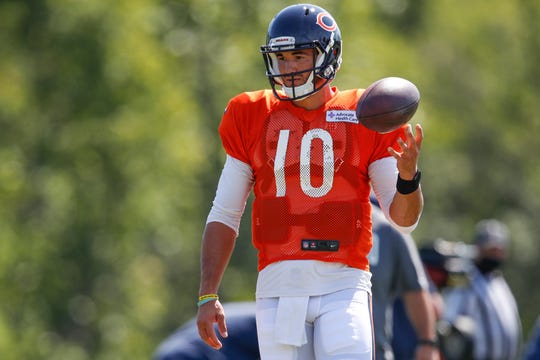 While Mahomes and Watson have earned mega deals from their original teams, Trubisky — selected ahead of both with the No. 2 overall pick of the 2017 draft — has yet to establish himself after three turbulent seasons. Despite acquiring Super Bowl LII MVP Nick Foles from the Jacksonville Jaguars this offseason, the Chicago Bears on Sunday announced that Trubisky will open the season as their starter. His leash is rather short, however. Matt Nagy is entering Year 3 as head coach and needs to win. He’s very familiar with Foles from their time together in Kansas City, and he knows Foles is perfectly comfortable coming off the bench to lead teams. If the season gets off to a rough start, look for Foles to take over, which could essentially end Trubisky’s time in Chicago.

The seventh-year veteran has yet to make the ascension that the Las Vegas Raiders envisioned when they gave him a five-year, $125 million contract extension in 2017, and time could be running out as he enters his third season under coach Jon Gruden and general manager Mike Mayock. This offseason, the Raiders brought in Marcus Mariota , whose time in Tennessee came to an end after Ryan Tannehill unseated him and helped the Titans reach the AFC championship game. After notching just 11 wins in the last two years, Gruden and the Raiders crave a breakthrough. If Carr can’t deliver, they eventually might try to see if a healthy Mariota, who is currently on injured reserve for at least three weeks, can replicate what Tannehill did in 2019.

Washington coach Ron Rivera named the 2019 first-round pick his starter and said Haskins has done everything asked of him. But the Ohio State product very much remains a project while learning a new offense. Washington’s coaches appear prepared to give Haskins every opportunity to develop this season, but they did keep both Kyle Allen (who played under Rivera in Carolina) and Alex Smith on the roster. Many of those close to Haskins believe he has positioned himself to make great strides. However, if he doesn’t, Washington could find itself back on the quarterback market again next offseason.

Although they drafted Tua Tagovailoa with the No. 5 overall pick, the Dolphins are rolling with Fitzpatrick to start the season. He’s been in this situation before and usually thrives initially. But sustaining success has frequently proved challenging for the 37-year-old. For now, Tagovailoa will watch and learn while further acclimating himself to the NFL game. Fitzpatrick, who closed out last season with consecutive wins, will try to hold off the rookie for as long as he can. But it seems likely that Tagovailoa will take over at some point this season.

Taylor finds himself in a bridge situation again. The last time he received a starting nod was in 2018 with the Cleveland Browns. Taylor was supposed to run the show while Baker Mayfield developed behind him. But the Browns turned to Mayfield after just three games. The Chargers hit the reset button this offseason, letting Philip Rivers walk and drafting Oregon’s Justin Herbert with the No. 6 pick. Coach Anthony Lynn passed on opportunities to pursue other veteran quarterbacks because he had confidence in Taylor. But the pressure for the Chargers to win as they still try to gain their fitting in Los Angeles is real. Taylor has always been solid but not electric. If he can’t promptly provide a spark, the Chargers may take their lumps with Herbert.

The Indianapolis Colts are coming off of a 7-9 season but believe they have a playoff-caliber roster. They also believe Rivers can be the difference-maker. This offseason, they signed the 38-year-old to a one-year, $25 million contract. Rivers doesn’t have time to ease into new surroundings. He has to win right out of the gates and help position the Colts to overtake the Titans and Texans in the AFC South. Can he do it? He showed signs of aging last season and didn’t play well, recording 23 touchdown passes (his lowest total since 2007) and 20 interceptions (matching a career high). It’ll be interesting to see how much time Rivers receives. If he struggles and the Colts suffer a number of close losses, Frank Reich could go back to Jacoby Brissett, who shined in spurts last season.

NFL 2020: The one glaring weakness for these 9 Super Bowl contenders

The Green Bay Packers put the future Hall of Famer on notice this spring when they surprisingly traded up to draft Utah State quarterback Jordan Love in the first round. The Packers could have used that pick to give Rodgers some more weapons, but team officials thought it better to line up his replacement instead. Rodgers remains highly effective at 36, but it’s clear his bosses believe his window is closing. He might hang onto his job this year, but an uneven campaign could prompt the Packers to move on this coming offseason or the following one.

Talk about pressure. Newton only has to replace Tom Brady and keep the Patriots atop the AFC East, or at least get them back into the playoffs. Bill Belichick praised the former league MVP’s work ethic during training camp, and Newton earned his teammates’ respect and was voted one of the team’s co-captains. He should enable offensive coordinator Josh McDaniels to expand the playbook, but Newton also must stay healthy. Shoulder and foot injuries ended his time in Carolina and made many around the league wonder if he had anything left in the tank. Newton sat on the market for months and had to settle for a one-year deal from New England. But he calls this a “match made in heaven.” If he thrives, a big pay day could be coming his way. But if Newton has indeed declined, Belichick could turn to Jarrett Stidham.

Durability has prevented Wentz from cementing his place among the league’s elite quarterbacks. In 2019, Wentz compiled a career year despite working with a mediocre supporting cast. However, another campaign ended in injury as he was knocked out of Philadelphia’s wild-card loss to the Seattle Seahawks. Lingering questions about Wentz’s health played a role in the Eagles’ decision to draft Heisman Trophy runner-up Jalen Hurts in the second round. The Eagles certainly hope Wentz can stay on the field. But if he can’t and Hurts shines in his stead, then what?