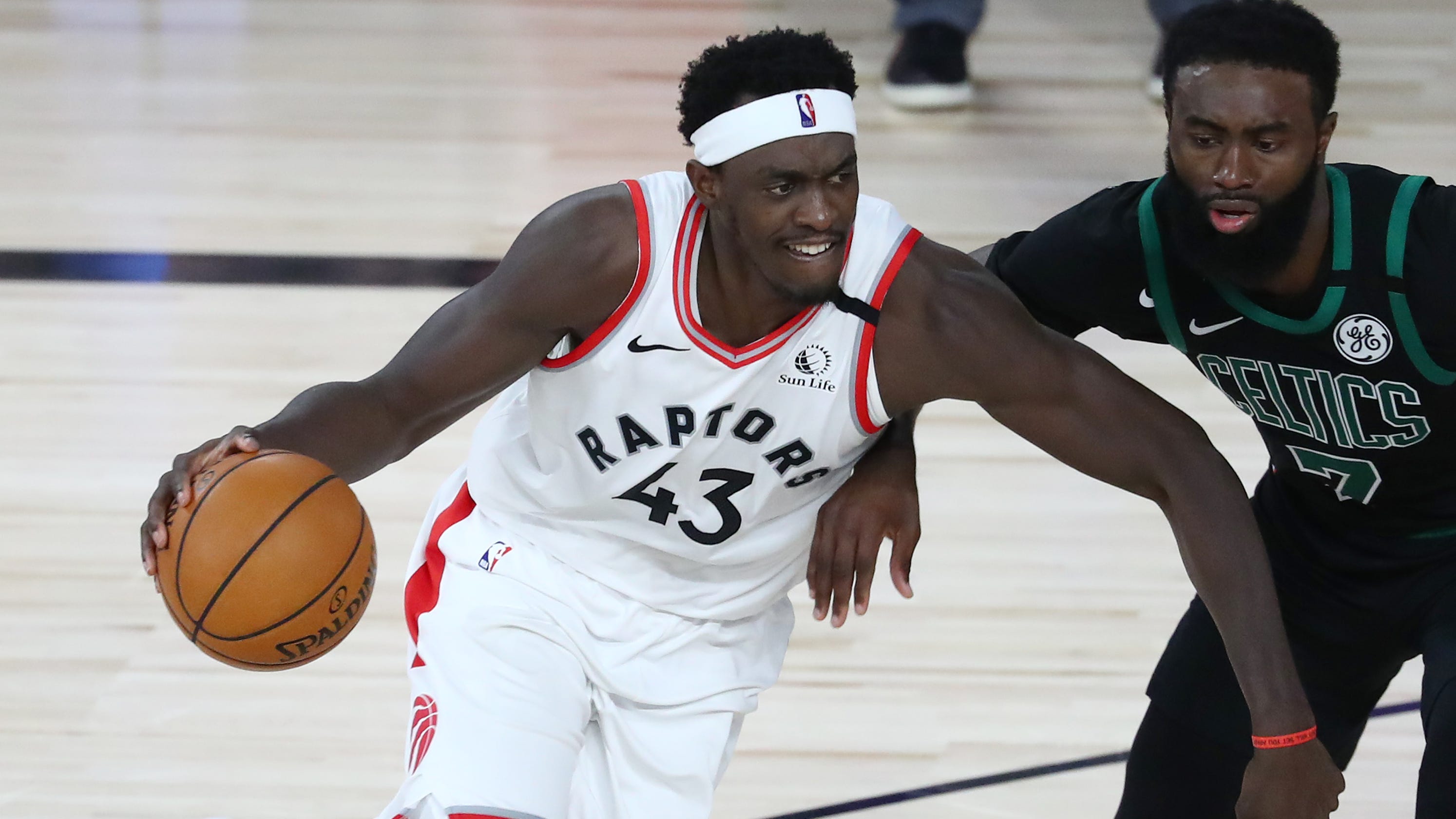 Raptors need Pascal Siakam to step up against Celtics

“I’m not sure he’s been in great rhythm since the restart,” Nurse said. “It’s too bad because he was spectacular in last year’s playoffs and he was spectacular all season long. We still have some games to play. Hopefully, he can get his rhythm.”

While Nurse is correct that Siakam was outstanding in last season’s playoffs and during the regular season through March 11, this is also Siakam’s first playoffs as the main guy, or at least one of two main guys.

Raptors coach Nick Nurse laments Pascal Siakam’s play in the Bubble after Game 5 loss to Celtics: “I’m not sure why he’s been so out of rhythm. He hasn’t had a lot of great games. It’s too bad because he was spectacular in last year’s playoffs and spectacular all year long.” pic.twitter.com/huXbyH5WGu

Last year, the Raptors had Kawhi Leonard. This year, they don’t, and the Boston Celtics are focused on stopping Siakam. He is shooting just 15.4% on 3-pointers (4-for-26) in the series, has had just one 20-point game, and in Boston’s 111-89 victory in Game 5 on Monday, Siakam had just 10 points on nine field goal attempts. He had just two points in the first half when Boston ran away with the game and built a 62-35 lead.

“Probably squarely on me first and foremost,” Nurse said. “I’ve got to look at it. I hate to look at a stat and see what the problem is when I really don’t know without looking. … It’s probably not enough attempts for him. I’ll take a close look at that.”

GAME 5: Celtics crush Raptors to move one win away from East finals

MENTAL HEALTH: How players are coping after two months in bubble

AWKWARD BUBBLE: Daily interactions are starting to get a little weird

Nurse added: “I’m not sure why he’s been so out of rhythm since the restart in the bubble here. He hasn’t had a lot of great games. That’s more of it, other than we are in the playoffs, and he’s supposed to be our leading guy.”

Whatever the reason, the Raptors need Siakam to be an All-Star if they want to force a Game 7. Certainly, it’s not on one player. But Siakam is their star.

Boston makes it tough. The Celtics play great defense, with quality perimeter defenders in Jaylen Brown, Jayson Tatum and Marcus Smart. They can defend Siakam’s outside shot, limit his drives to the bucket, and when he does, center Daniel Theis or other help defenders can protect the rim.

Pascal Siakam is shooting 41.1% from the field in the playoffs. (Photo: Kim Klement, USA TODAY Sports)

“He’s terrific,” Celtics coach Brad Stevens said. “Just try to guard him as tough as you can. I know that sounds simple. It doesn’t give away a whole lot. You just try to be as good as you can be. He gets to where he wants to go. He’s physical. He can put the ball on the floor. He’s just a really good competitor. Every time you get a stop on him, you have to earn it.”

Guard Kyle Lowry said the Raptors need to get Siakam in more pick-and-roll situations. That could help Siakam find a mismatch.

“We’ve got to look at the film to see how we can get him going early, put him in better spots and try to help him,” VanVleet said. “As a point guard, I’ve got to do a better job of putting him position to succeed so he’s not working so hard for every bucket. Give them credit. They’re putting a lot of attention on him and making it hard for him.”

The Raptors have responded well to losses. That was a hallmark of their championship a season ago, and they responded to losing the first two games of the Boston series with two victories.

With their season on the line, though, they need Siakam to respond with his biggest game of the series.