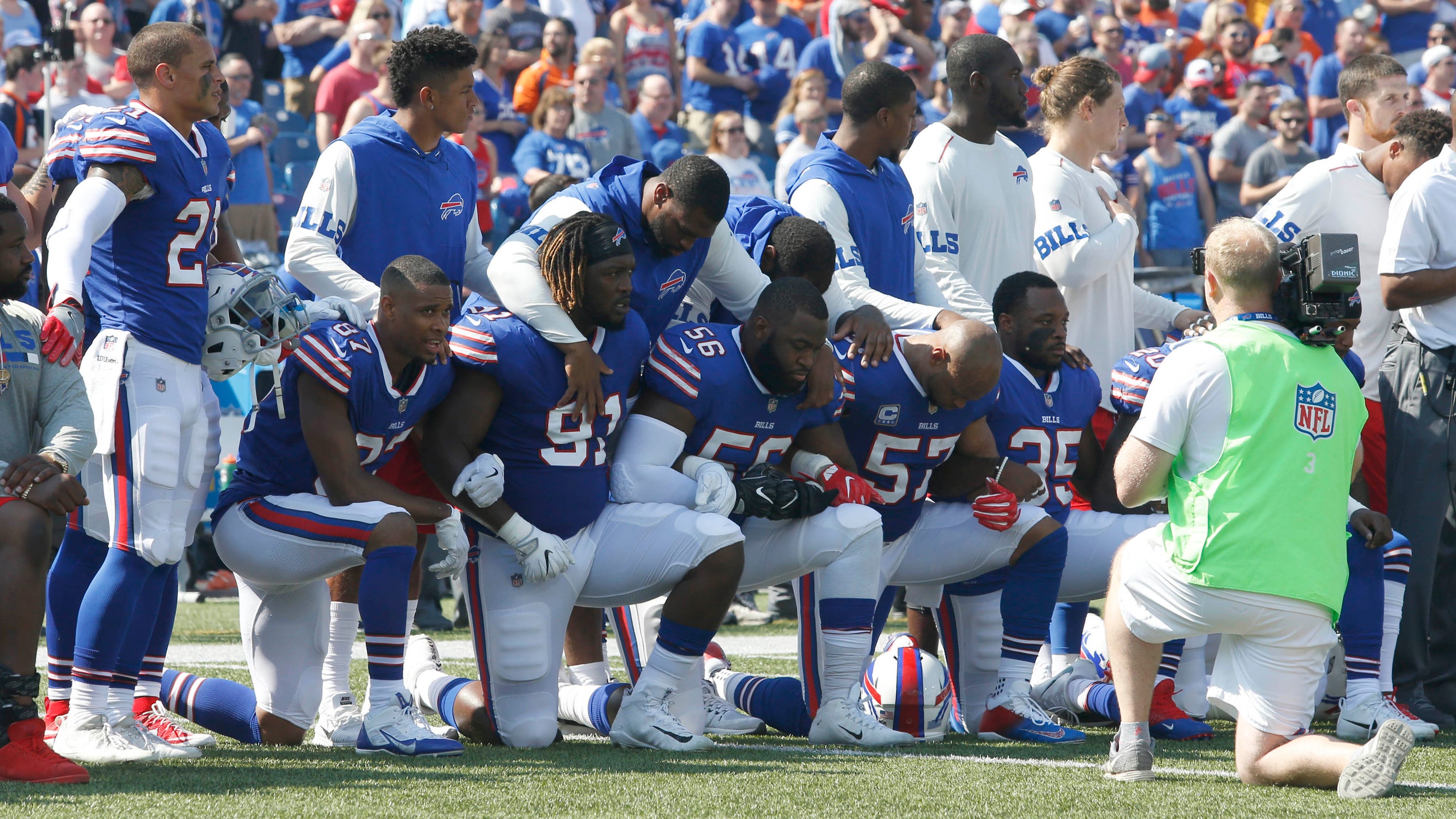 Eric Trump tweets about possibility of Cowboys protests during anthem

Sports Pulse: A fan took matters into his own hands and nominated Colin Kaepernick for the Hall of Fame

If you’ve already held your fantasy football draft, you wasted your time.

That is, at least according to Eric Trump, son of U.S. President Donald Trump, who tweeted Monday night that “Football is officially dead.”

On Friday, while appearing on Dallas radio station 105.3 The Fan, Cowboys owner Jerry Jones shifted his tone regarding players protesting during the national anthem, urging fans to respect the fact that players’ opinions are diverse.

“That’s the great thing about America: Everybody has a difference,” Jones said. “If our players are there, they are sensitive to and respect what America is as it relates to the flag. I’ll assure you that. I’d hope that our fans — and I think they will — understand that our players have issues that they need help on. They need help from the majority of America.”

In an interview on former NFL player Emmanuel Acho’s social media video series “Uncomfortable Conversations with a Black Man,” NFL commissioner Roger Goodell expressed disappointment in how peaceful protests by the league’s players were being portrayed.

“What our players are doing is being mischaracterized. These are not people who are unpatriotic. They’re not disloyal. They’re not against our military,” Goodell said. “What they were trying to do is exercise their right to bring attention to something that needs to get fixed. That misrepresentation of who they were and what they were doing was the thing that really gnawed at me.”

In 2017, President Trump struck a nerve with NFL players when he implored team owners to fire players for protesting during the national anthem. Those comments prompted a league-wide show of solidarity.

Members of the Buffalo Bills kneel in protest during the national anthem in 2017 after President Donald Trump ripped players for their peaceful protests. (Photo: Timothy T. Ludwig, USA TODAY Sports)

There is no doubt that recent incidents of police brutality toward Black people will spark protests during the national anthem during the 2020 NFL season.

Philadelphia Eagles owner Jeffrey Lurie is seemingly braced for the possibility that NFL players could stage a protest that shuts down games similar to what transpired in the NBA, WNBA, MLS, NHL and with some MLB teams.