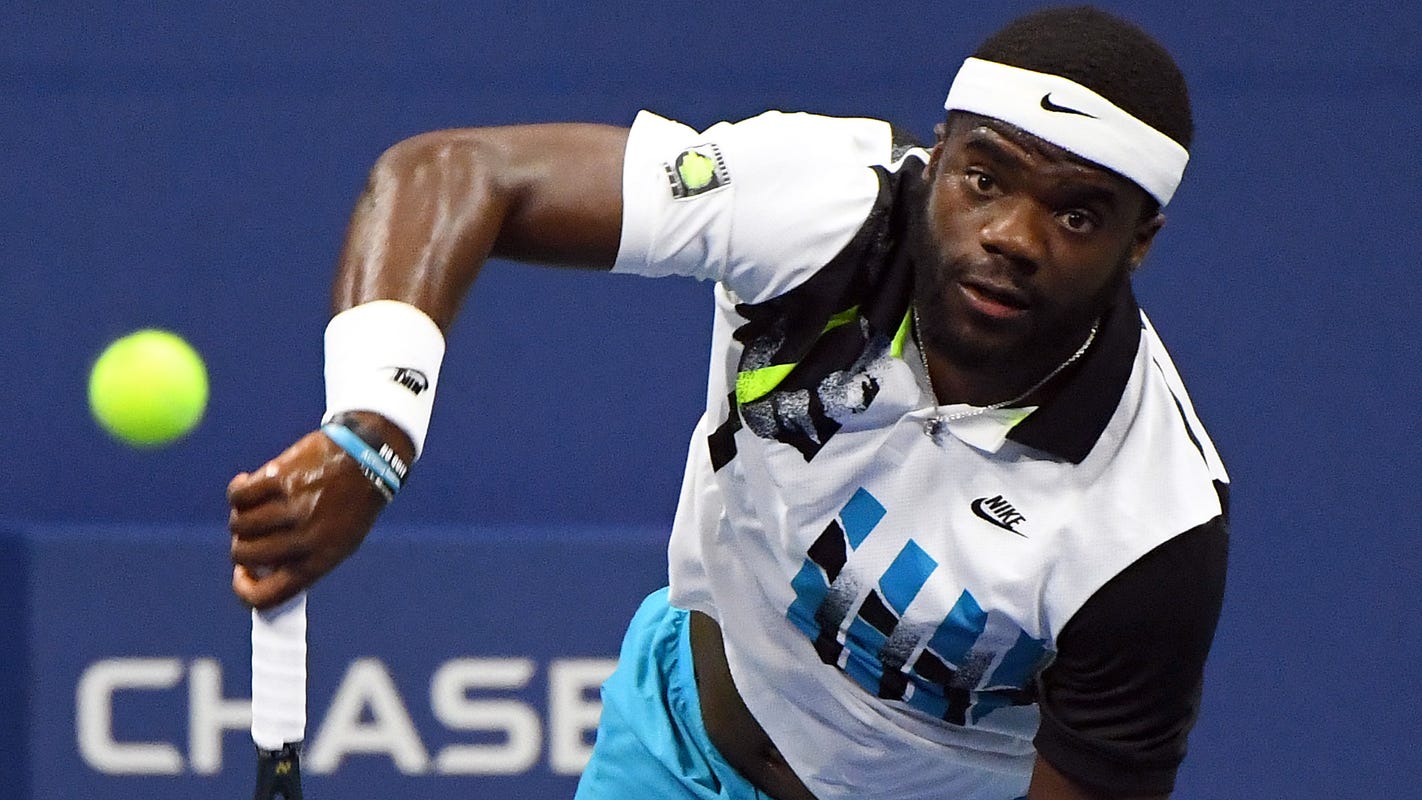 NEW YORK — Frances Tiafoe had the best first week of his U.S. Open life. Then came Labor Day night, and the second week, and it didn’t go nearly as well.

The 82nd-ranked player in the world, Tiafoe goes by the nickname “The Big Foe.” But the real “Big Foe” in Arthur Ashe Stadium was No. 5 Daniil Medvedev, the spindly 6-foot-6 Russian across the net. Medvedev drubbed Tiafoe, 6-4, 6-1, 6-0, and all hope for the home country along with him.

The 22-year-old Tiafoe was the last American male in the men’s draw. The upshot is that there will be no Americans among the eight quarterfinalists.

It was a lopsided fourth-round match from the start, Medvedev as consistent as a metronome, slugging angled groundstrokes, dominating with his serve, and moving with astonishing quickness and grace for such a big man.

Tiafoe, who had COVID-19 two months ago, made a full recovery and was compelling to watch in his opening matches, showcasing his natural exuberance, as well as his dazzling athleticism. None of those were discernible against Medvedev. He managed just seven winners against 32 errors. He won just seven points in the third set, which would’ve been stopped if this were a boxing match. He could never find his footing against Medvedev.

A 2019 U.S. Open finalist who dug out out of two-set hole to take Rafael Nadal to five sets last year, Medvedev won 38 of his 40 service games over his first three matches, winning all nine sets. If he wasn’t at his best against Tiafoe, he was very close. He went up an early break in the first, and smoked a winner down the line en route to breaking again for 5-2. Tiafoe managed to break Medvedev to get to 5-3 in the first, and almost had another break point when he cracked a backhand into the tape at 30-30 of Game 10, the ball popping up — and staying on his side. It was set point, and Tiafoe missed a backhand and that was it.

Medvedev broke Tiafoe at 15 to start the second set, and again in the first game of the third. Tiafoe was in a ditch he could not get out of. Medvedev steamrolling through with little resistance. Tiafoe probably wondering whatever happened to that wonderful opening week.