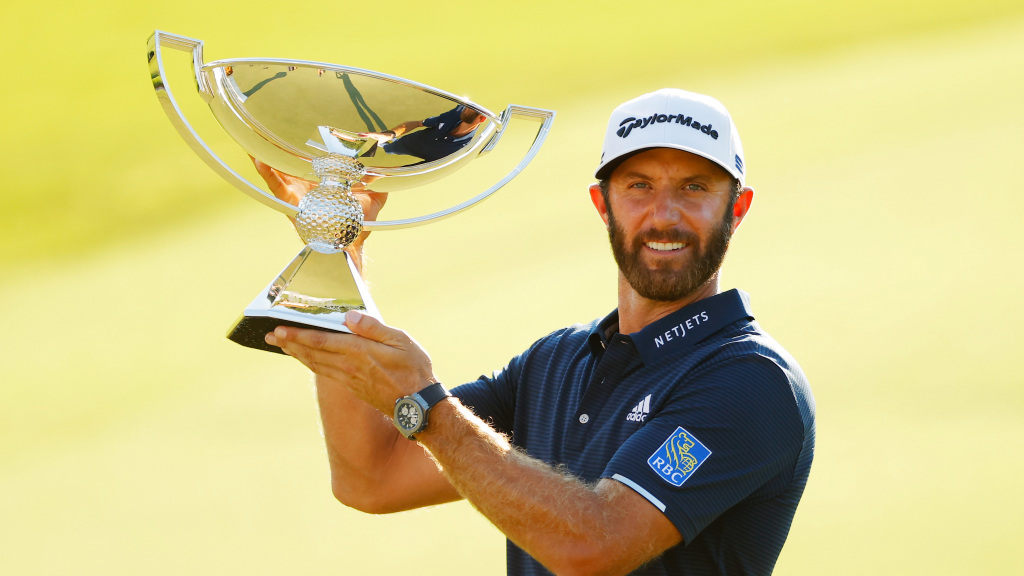 The 36-year-old birdied East Lake Golf Club’s famous 18th hole to finish the final round 2-under 68 and win his first Tour Championship and FedEx Cup at 21 under.

Johnson, who began the week with a two-shot lead at 10 under, shot rounds of 67-70-64-68 to finish three shots ahead of Xander Schauffele and Justin Thomas at 18 under.

Two weeks after winning the Northern Trust, Johnson began the final round of the FedEx Cup Playoffs on a positive note. He carded three birdies in four holes on the front nine, but stumbled on 7 and 8 with a pair of bogeys to sit at 1 under on the round at the turn.

What a career it’s been for @DJohnsonPGA.

Johnson’s focus was unwavering and his game steady on the back nine. On 13, Johnson made a 21-foot putt par save to retain his three-shot lead. The 2016 U.S. Open winner finished back nine even par.

Jon Rahm, who began the week in second at 8 under after defeating Johnson in a playoff at the BMW Championship, shot a 66 Monday after a birdie on 18 to finish in fourth at 17 under, four shots behind Johnson.