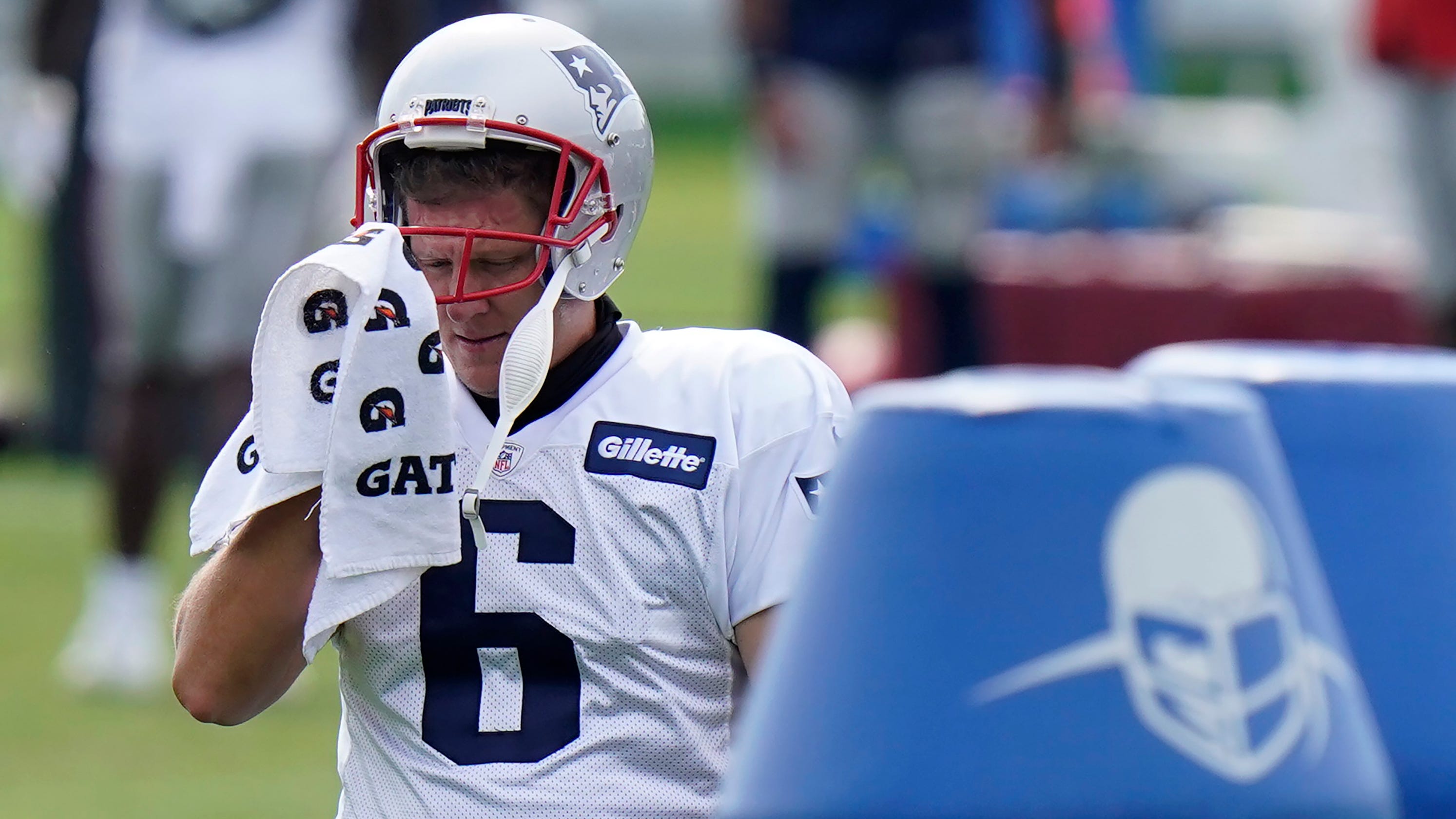 SportsPulse: For the first time since the 90s Tom Brady is no longer in the AFC East. That should give every team in the division hope for the playoffs this season.

When Patriots training camp started, it was noteworthy when rookie kicker Justin Rohrwasser didn’t kick much that first week. The Patriots’ fifth-round pick was always the first player on the field, but one of the strangest developments in camp was that he wasn’t kicking. Rohrwasser did so on Day 1, but he didn’t attempt a single kick over the next four practices.

According to The Athletic, Rohrwasser was dealing with an injury. When Rohrwasser kicked again, the rookie looked inaccurate and was hooking attempts to the left. Then on Aug. 24, the Pats re-signed veteran kicker Nick Folk to compete with the first-year player.

Many assumed the winner of the competition would be evident by cut-down day. Instead, we’re still guessing as the Patriots are still evaluating their kicking situation after cutting both players and then re-signing Folk and Rohrwasser to the practice squad. On Monday, Patriots coach Bill Belichick wouldn’t say who would kick in the team’s first game this weekend, but he noted he was thrilled with the team’s depth at the position.

“Nick’s come in and obviously done a good job with us as we put him on the practice squad and want to continue to work with him,” Belichick said. “So we’ll just take it from there and see how it goes. He’s done a good job and hit the ball well. Justin has as well.

“Certainly, there’s a big experience gap here. That’s not uncommon, either. Again, just make the best decisions we can on that. We’re fortunate we have two players at that position that are, I’d say, NFL quality. Similar to the quarterback position. We’re fortunate to depth at those spots and those are good ones to have them in.”

When the two kickers competed in front of the media, the competition looked one sided. In five practices, Folk hit 86% (18/21) of his attempts while Rohrwasser hit just 55% (12/22) of his kicks. Considering Folk was solid for the Patriots last season, hitting 82.4% of his field goal attempts and going perfect on extra points, it looked as though he would get the job.

As it turns out, the Patriots aren’t done evaluating Rohrwasser.

Rohrwasser was dealing with a lower body injury at the beginning of training camp on his left leg, a person familiar with the situation told USA TODAY Network. The person spoke on condition of anonymity because they were not authorized to disclose the ailment. The rookie plants with that leg when he kicks, and the injury could have been a contributing factory to some of his kicks sailing left.

For now, the Patriots have a lot of options with how they approach this situation. Theoretically, the Patriots could have Folk and Rohrwasser compete this week and then elevate one to the 53-man roster before Sunday’s game against Miami. Belichick could also make a move as early as Monday by placing someone on the injured reserve and elevating one of the kickers.

Since the Patriots were able to get both kickers on the practice squad, they don’t necessarily need to rush to a decision, either. New NFL rules state that each team can elevate two practice squad players to the game-day roster and have them play. No player can be elevated to the game-day roster more than twice, but technically, the Patriots could have Folk and Rohrwasser compete this week and elevate one to play on Sunday. Then, they could do the same thing over the next week before their game against Seattle.