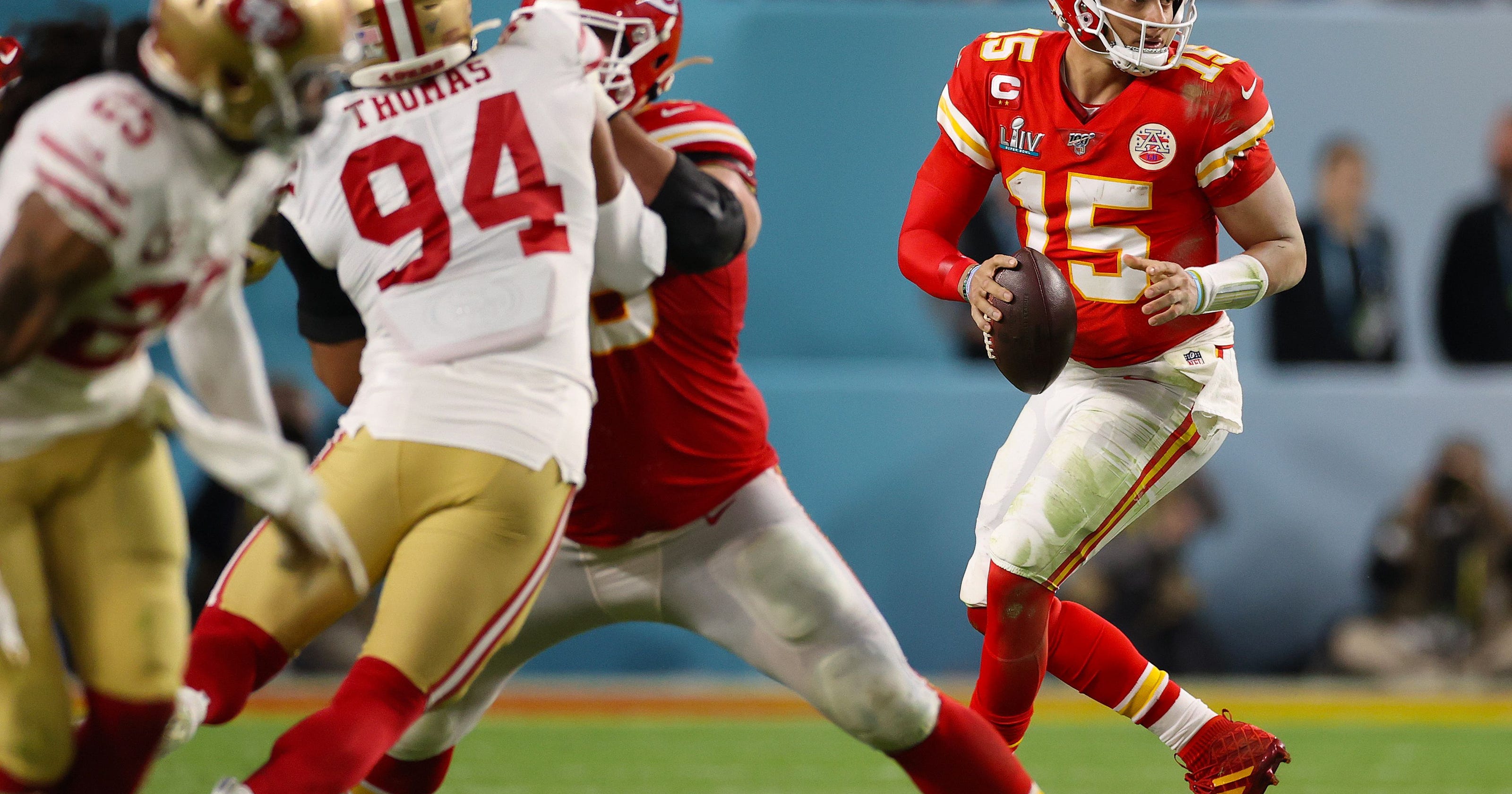 The one glaring weakness for 9 Super Bowl contenders

SportsPulse: We are less than a month away from the scheduled kickoff of the NFL season. Here is our preseason power rankings for 2020. There are plenty of surprises.

It’s the beauty of the NFL: in any given season, a number of  teams can rise from the middle of the pack to the field of top contenders.

But even at the top, teams can slip because no roster, no coaching staff and no squad is perfect. Each has at least one significant weakness that can potentially become a fatal flaw.

So while many will look at the reigning Super Bowl champion Kansas City Chiefs, Baltimore Ravens or San Francisco 49ers as the teams to beat, here’s a look at the Achilles’ heel for the betting favorites to win it all.

All lines are provided through betMGM and are as of Sunday evening.

Though the team looked to address this issue with the trade for defensive end Calais Campbell, the Ravens ranked 21st in the NFL with 37 sacks forced on opposing quarterbacks. Baltimore’s defense was among the stingiest defenses, overall, ranking third in the league in scoring defense (17.6 points a game allowed), but if the team’s pass rush goes dormant for long stretches, it could spell trouble.

Another weakness might be what took down the team in the divisional round against the Titans, when running back Derrick Henry controlled the game with 195 rushing yards, but that should be considered a fluke, more than anything. Pass rush is a bigger concern.

This might be the roster that is, on paper, as close to perfect as you will see in the league. But there’s still a glaring hole at cornerback. Safety Tyrann Mathieu leads the secondary and has enough versatility to allow Chiefs defensive coordinator Steve Spagnuolo to get creative.

Yet, starting corner Beshaud Breeland will miss the first four games of the season due to a suspension, leaving a thin group left to adjust. While second-year pro Rashad Fenton and third-year player Charvarius Ward are still growing and have plenty of potential, this is simply a spot where defenses might attack KC. Still, the rest of the defense should be good enough where this isn’t a concern that ruins their title defense hopes.

You can point to inconsistencies in the passing game or a late-season slump on offensive third downs, but the biggest flaw facing the 49ers comes in the red zone, on both sides of the ball.

On defense, San Francisco allowed opponents to convert 60% of trips inside the 20-yard line into touchdowns, which tied it for 22nd in the league. On offense, it wasn’t much better. Just 53.23% (ranked 21st) of red zone trips turned into touchdowns. That both keeps points off the board and puts more pressure on the (very good) defense.

Over the past few seasons, this has felt like a team whose window to win was rapidly closing. While pressure to capitalize on a talented roster might be a factor, that’s not something that should affect this team’s play. Instead, production in the rushing game might be the problem to watch.

While that might be crazy to say on a team that has Alvin Kamara as its starter, New Orleans’ offense hasn’t been the same since Mark Ingram left for Baltimore in free agency after the 2018 season. Last year, New Orleans’ 4.29 yards per rushing attempt ranked 18th. Injury issues and lack of talented depth could also show up down the stretch.

It seems like most years, the problem for Seattle is the same: offensive line. Three-fifths of last year’s group that started the season opener are no longer with the team. And while quarterback Russell Wilson is a magician behind the line of scrimmage and often makes up for mistakes committed on Seattle’s offensive line, the team is asking inexperienced players like center B.J. Finney and rookie right guard Damien Lewis to step up right away. Right tackle Brandon Shell is also a new face, but one that comes with plenty of question marks.

This is an offensive roster that is loaded with plenty of talent, but the big question, without a doubt, is whether all these new additions will be able to gel and produce right away without growing pains.

Tom Brady is the marquee addition and his familiarity with tight end Rob Gronkowski should help. But getting those two, plus newly signed running back Leonard Fournette, projected rookie starting right tackle Tristan Wirfs and several others to all get on the same page while learning a new offense could be a tall task. It wouldn’t be a surprise to see the Bucs pick up their play later in the season if they start slowly.

The Cowboys offense is stacked and got even better this offseason with the addition of rookie receiver CeeDee Lamb. Dallas’ issue, unquestionably, is on defense and in the secondary.

After losing cornerback Byron Jones to Miami in free agency, the team will likely look to Jourdan Lewis to fill in as a starter. In training camp, though, the secondary suffered various nagging injuries at corner (Lewis and fellow starter Chidobe Awuzie) and safety, which has its own depth concerns. Free agent safety Earl Thomas is always linked to Dallas and he would provide a huge boost to a unit that needs it, if the team signs him.

Introducing veteran quarterback Philip Rivers could require an adjustment period, but Rivers’ relationship with coach Frank Reich, who served as the Chargers’ offensive coordinator in 2014-15, should ease that. Rather, cornerback, and the secondary overall, are bigger issues.

The Colts appeared to be a playoff team last season, but closed the season 1-5 in large part because of a secondary that yielded way too many big plays. Indianapolis signed Xavier Rhodes at corner, though the former Vikings All-Pro has battled inconsistency issues. That also goes for safety Malik Hooker, who hasn’t been quite the same since an ACL and MCL tear in his right knee in 2017.

Everyone is making a big point of 2015 NFL MVP Cam Newton being a question mark, but he will almost certainly elevate the play of everyone around him. The far bigger concern is depth on a roster that has massive holes due to departures and opt-outs due to the COVID-19 pandemic.

In particular, receiver is a concern as is linebacker, safety and right tackle. Losing linebacker Dont’a Hightower and safety Patrick Chung to opt-outs hurt, but right tackle Marcus Cannon might leave the biggest hole. And at receiver, aside from veteran slot receiver Julian Edelman, New England doesn’t have a pass catcher with any proven experience.