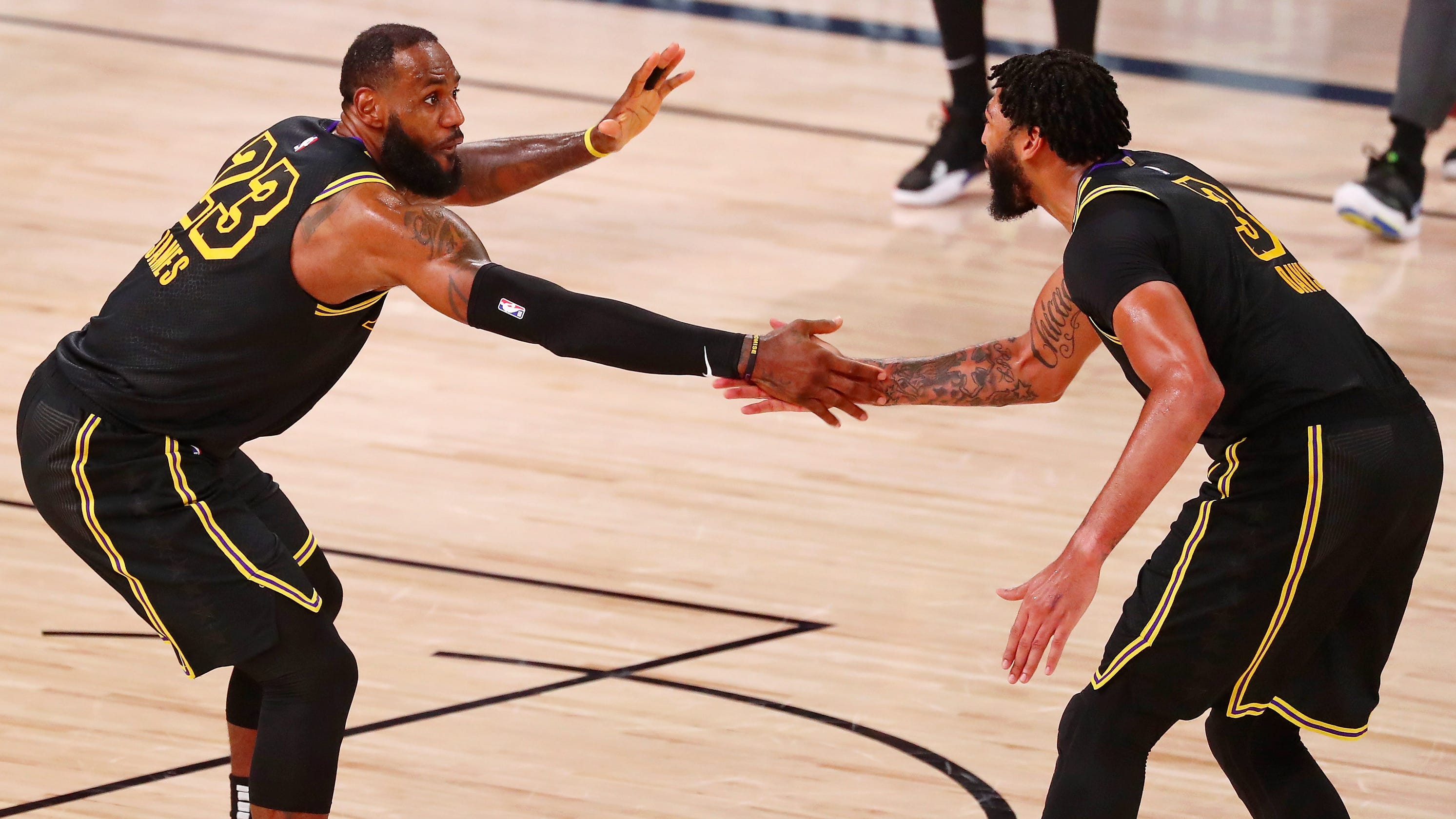 Lakers even series vs. Rockets with versatility of their own

The Lakers finished with a 117-109 Game 2 win over the Houston Rockets on Sunday, which both tied the second-round series at 1-1 and showed the Lakers remain capable of two things.

They can continuously lean on Davis (34 points, 10 rebounds) and James (28, 11 rebounds, nine assists, four steals) as they always do. They can also make adjustments so that the burden does not just fall on the stars.

The Lakers sharpened those tools in Game 2. And the Lakers seemed to know precisely when to use the right instrument.

Despite showing significant rust in Game 1 after remaining out of the NBA’s season restart with first a surgically repaired thumb and then back spasms, veteran Rajon Rondo impressed the Lakers with 10 points, nine assists and aggressive defense on Rockets guard James Harden. As Vogel said, “his Impact on his team is measured in swag, and the confidence that he brings to our group.”

The other adjustment involved how to counter the Rockets’ positional versatility.

AWKWARD BUBBLE: Daily interactions are starting to get a little weird

The Lakers still went big by starting center JaVale McGee as they often do. But then the Lakers closed out the first quarter with a lineup that included James, Rondo, Kentavious Caldwell-Pope, Kyle Kuzma and Markieff Morris, who made three 3-pointers in the final 1:11. Not only did this smaller lineup contribute to the Lakers shooting 9-of-17 from 3-point range in the first half, it helped the Lakers hold Russell Westbrook and Harden to a combined 3-of-14 in the first half.

So with McGee later suffering left ankle pain that will require an MRI, Vogel opted not to play center Dwight Howard. Vogel instead chose a smaller lineup to keep up with Houston’s.

“Our centers are still going to have a role in this series,” Vogel said. “The plan is to go with Dwight, as well with working with those guys and how to play against this team, that is unique. But we went on a heck of a run toward the end of the first with Markieef at the 5.”

The Lakers’ run was eventually short-lived. The Rockets outscored the Lakers 41-23 in the third quarter after finally connecting from deep (9-of-15) and forcing five turnovers. The Lakers played just as they had in Game 1 by allowing the Rockets’ smaller lineup to out-rebound them (11-6) with an increased physical presence.

When the Lakers entered the fourth quarter, however, they maintained they had no concerns about losing control. As Davis recalled, “we were thinking about what’s in front of us: our job is to win the fourth quarter.”

So, the Lakers turned to James. Within 19 seconds, James threw down a two-handed dunk. Less than two minutes later, James forced a turnover and Alex Caruso rewarded him with a lob. On the next two plays, James swatted Westbrook at the rim and set up Caruso for an easy basket. As Vogel said, “we’re at our best when he’s in attack mode.”

“My teammates looked to me to try to be aggressive,” James said. “I’m either getting myself shots or getting my teammates shots.”

LeBron James on his mindset in the 4th Q pic.twitter.com/72iyuBT83m

Yet, the Lakers still showed their ability to thrive even without James. Vogel sat him at the 8:17 mark for a quick breather before crunch time. He then inserted another small-ball lineup that featured Rondo, Caruso, Caldwell-Pope, Danny Green and Davis at the five spot.

Davis pledged “to stay as close to the basket as possible” when he played at both the four and five positions. On defense, though, Davis played everywhere both as a perimeter defender and a rim protector. The Lakers still held a lead once James checked back in at the 5:51 mark.

“He’s in my mind the Defensive Player of the Year,” Vogel said of Davis, who lost out to Milwaukee’s Giannis Antetokounmpo. “No disrespect to Giannis, but he just covers so much ground and all the other guys around him. He can cover more ground. Our centers still have a role in this series. But when we put him there, we get a lot quicker on the defensive end. We really benefit on both ends.”

All of which leaves the Lakers feeling more equipped to handle Houston’s speed and positional versatility. Not only do the Lakers have the top-heavy talent to do so. They have the playing and coaching smarts to assemble different puzzle pieces, too.