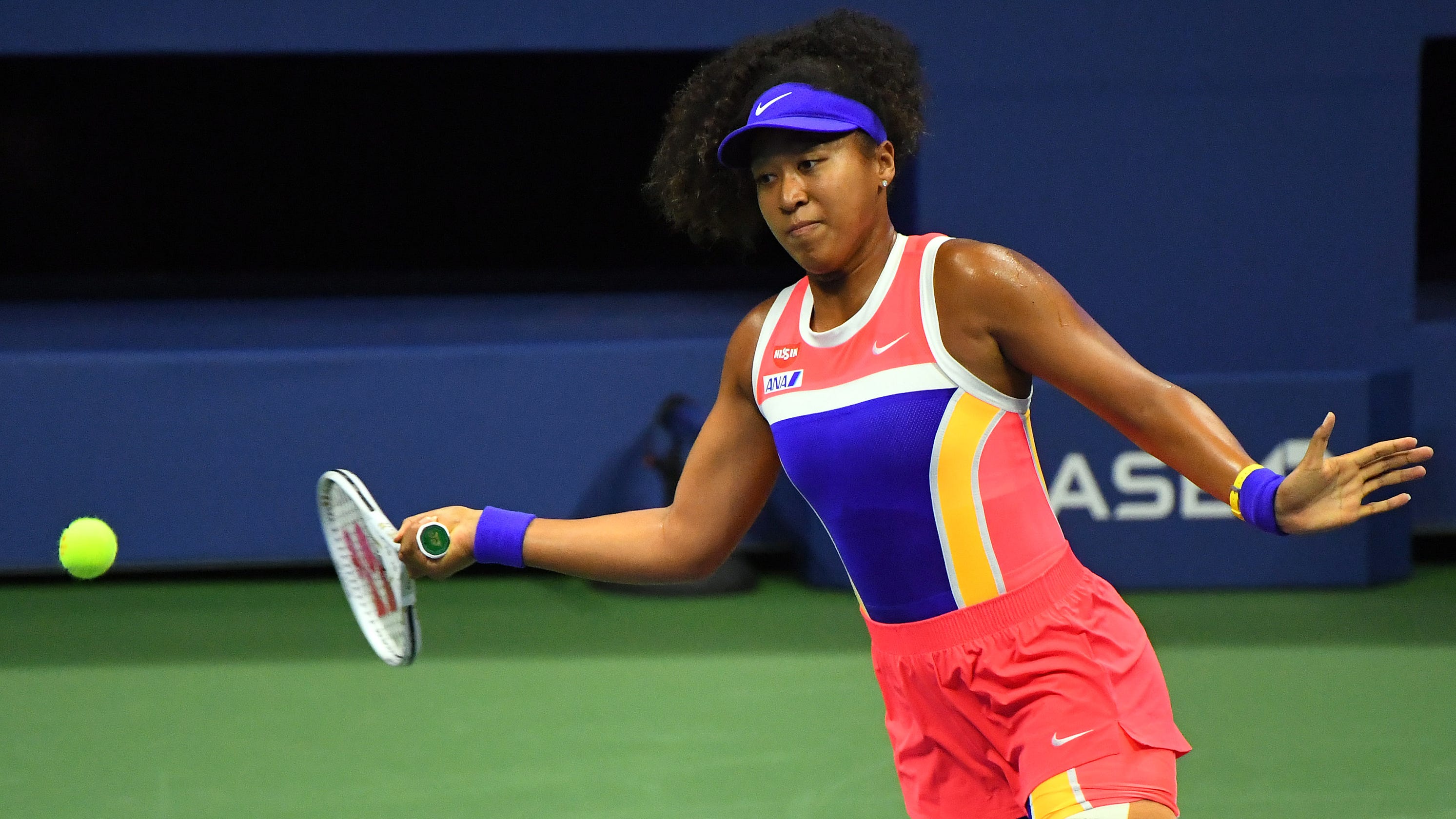 NEW YORK — Naomi Osaka did not walk on the blue court of Arthur Ashe Stadium until a few minutes after 11 p.m. Sunday night, almost six hours after Novak Djokovic’s fit of pique resulted in The Default Heard ‘Round The Tennis World.

The 2018 Open champion and No. 4 seed, Osaka wanted no drama or histrionics in her fourth-round match against Anett Kontaveit, and she got her way, advancing to the quarterfinals with a solid 6-3, 6-4 triumph.

Kontaveit, a 21st-ranked Estonian with a history of knocking off top 10 players, played a tight three-setter before losing to Osaka in last week’s Western & Southern Open. She took big cuts and showed plenty of competitive fire, but could never touch Osaka’s serve, not having a single break point in the match. Osaka broke Kontaveit in the first game of the first set and rarely seemed threatened thereafter, closing the first set with another break, stinging a forehand return on the final point.

Kontaveit, 24, fought off break point after break point and stayed on serve throughout the second set, but it felt like a high-wire act that couldn’t go on forever. And indeed, in the final game of the match, Kontaveit fought off five match points as Osaka smoked forehands, before she netted a forehand match point No. 6 to close it out.

On her sixth match point, @naomiosaka gets the job done and is through to the final 8 👊#USOpenpic.twitter.com/BntchqKIvi

SERENA WILLIAMS: Three reasons why she will win the U.S. Open for her 24th Grand Slam

Osaka’s next challenge is the upstart American Shelby Rogers, 27, ranked No. 93, who is in her first Grand Slam quarterfinal, after a stunning upset over Petra Kvitova of the Czech Republic, a two-time Wimbledon champion and the No. 6 seed, 7-6 (5), 3-6, 7-6 (6). No. 28 Jennifer Brady, another American who has had the Open of her life, also advanced to her first quarterfinal, upsetting Germany’s Angelique Kerber, the No. 17 seed and the 2016 Open champion, 6-1, 6-4.

Rogers, who defeated Serena Williams last month at a tour stop in Kentucky, is playing the best tennis of her life, and has defeated Osaka in all three of their meetings. Osaka is a two-time major champion, but declared herself the underdog.

“I’m going to try to be optimistic, because I’ve never beaten her,” Osaka said.