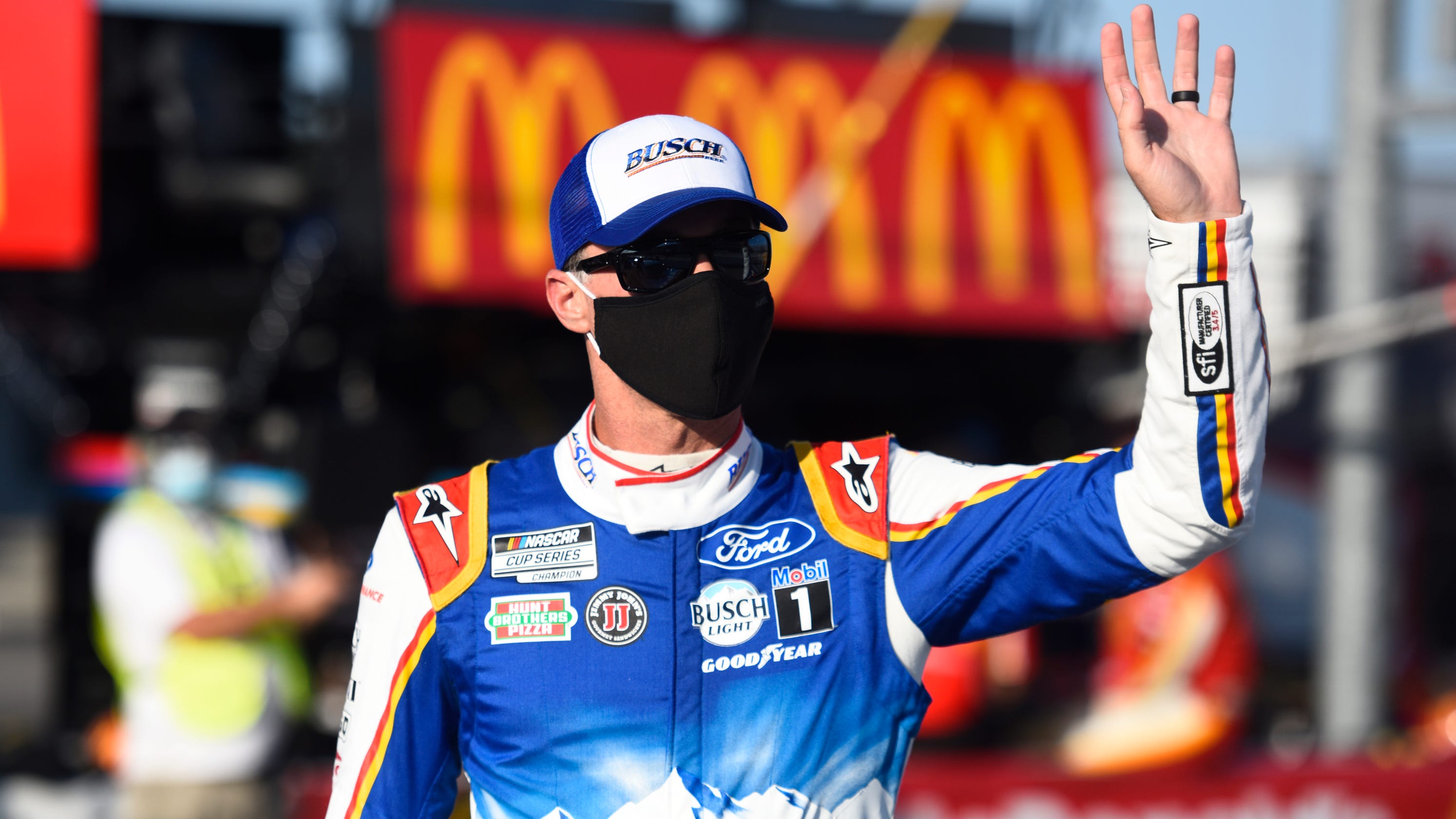 DARLINGTON, S.C. – Another race, another win for Kevin Harvick. Again at Darlington Raceway, and this time to open the playoffs on his march toward the NASCAR championship.

Only difference? Harvick didn’t dominate the Southern 500 in his series-best eighth victory of the season. The regular-season champion and top seed in the playoffs inherited the lead Sunday night when Martin Truex Jr. and Chase Elliott bumped then brushed the wall as they raced for the victory.

Elliott dropped off the pace and Harvick passed him for second. Truex – who led a race-high 196 laps – had to pit for repairs on his damaged car and Harvick was suddenly out front.

BOTH OF THEM HIT THE WALL!

The finish, NOW on NBCSN! #NASCARPlayoffspic.twitter.com/YbhJNu9izN

“We just wound up fighting all night long,” Harvick said. “This Busch Beer Ford Mustang wasn’t where we wanted it to be, but the leaders got tangled up there and the next thing you know we were racing for the win.”

Harvick has won twice this season at Darlington, including the the May 17 return to competition for NASCAR after a 10-week pause at the start of the pandemic. When he won that race – held without spectators – he pointed into the television camera and told the fans how much they were missed.

South Carolina allowed Darlington to admit up to 8,000 for this race – the third Cup race this season for the track – and Harvick immediately noted their presence.

“The first thing I want to say is ‘Welcome back fans! This is a hell of a lot more fun with you guys up there,’” he told the crowd. He also gave the checkered flag to a young fan wearing one of his shirts.

The victory fell into Harvick’s lap with 14 laps remaining when Truex attempted to pass Elliott. As Truex went to complete the move, he clipped Elliott’s front side and both touched the wall.

Harvick had to hold off a hard-charging Austin Dillon, a driver few predict will advance very far into the playoffs, to seal the victory in his Ford for Stewart-Haas Racing.

“WHAT A FIGHT! I don’t even know how we did that!”@KevinHarvick WINS the Southern 500 at Darlington! @TooToughToTame // @StewartHaasRcngpic.twitter.com/E7FPE9kgzS

“This is one of the most prestigious races in our sport,” Harvick said, “and obviously everybody in our sport knows the history that Darlington has for our sport, so anytime you can win here is pretty special.”

Dillon, in a Chevrolet for Richard Childress Racing, was second. Joey Logano in a Ford for Team Penske was third.

Erik Jones, the defending Southern 500 winner who is being replaced at Joe Gibbs Racing at the end of the season, finished fourth in a Toyota. Jones was the only non-playoff driver to finish in the top 10.

Elliott wound up 20th while Truex was a lap down in 22nd.

Almiorola is now squarely on the bubble ranked 12th among the 16 drivers after the first playoff race. Four drivers will be eliminated at the end of the first three-race round. Bowyer is 13th in playoff standings with Cole Custer, Matt DiBenedetto and Ryan Blaney also on the outside with two races left in the opening round.

CAPSULES: Meet the 16 drivers who will compete in the 2020 playoffs

PREDICTIONS: Who will win the 2020 NASCAR Cup championship?

KYLE BUSCH: Winning a race just as crucial as repeating for NASCAR champ

Blaney’s title chances took a hit just hours before the first playoff race began. His Team Penske Ford was found with improper ballast during inspection and NASCAR docked the team 10 points and sent him to the back of the field from his seventh-place starting spot. Blaney’s crew chief, Todd Gordon, was also suspended for the race. Team Penske said the weight is usually there before the engine is installed and was mistakenly not removed Things didn’t get much better for Blaney during the race as he fell two laps down after a flat tire at the start of stage two. He ended 24th.

The second playoff race is at Richmond Raceway on Saturday night.