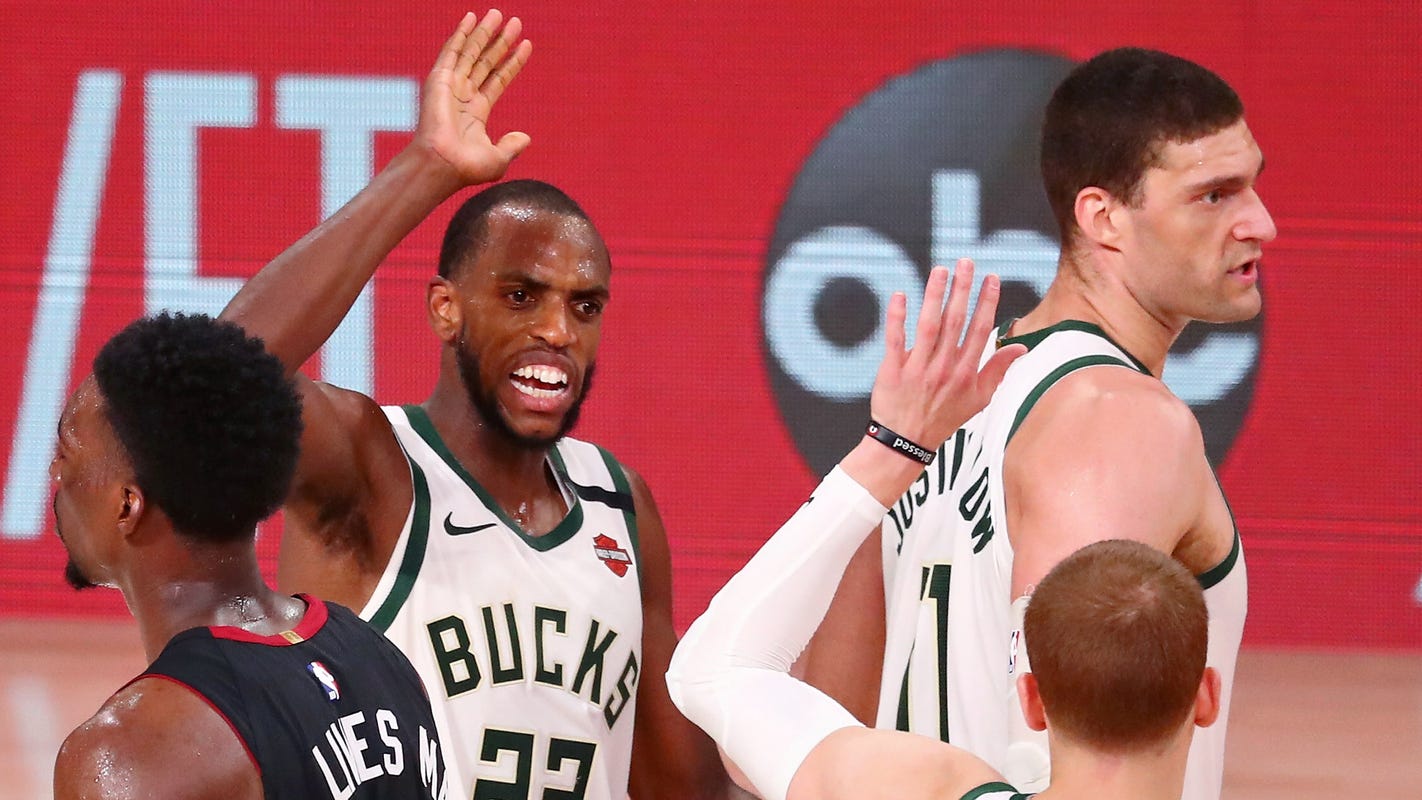 Without Giannis, Bucks hold off Heat to avoid sweep

LAKE BUENA VISTA, Fla. — Milwaukee faced a dire situation. Not only were they down 3-0 to the Miami Heat, but Bucks MVP Giannis Antetokounmpo was ruled out for essentially the final three quarters with a sprained right ankle.

Yet, the Bucks relied on the competitiveness and character that coach Mike Budenholzer has mentioned frequently during this series and defeated the Heat 118-115 in overtime in Game 4 on Sunday, avoiding elimination.

All-Star Khris Middleton extended Milwaukee’s season with a game-high 36 points, and his 3-pointer with 6.3 seconds left put the Bucks ahead 116-112. Miami guard Tyler Herro’s 3-pointer cut it to 116-15 with three seconds to go in OT, but Middleton’s two foul shots made it a three-point game, accounting for the final score.

Milwaukee guard Donte DiVincenzo’s made a free throw with 1.9 seconds left in the fourth quarter forced overtime at 107-107, and the Bucks outscored the Heat in OT.

Middleton scored 21 points in the third quarter and had nine in overtime. Eric Bledsoe had 14 points, 10 rebounds and six assists, George Hill had 12 points and Brook Lopez added 14.

It might be hard to see, but there is a glimmer of hope for the Bucks — though no team has come back from a 3-0 deficit to win a series in NBA history.

Antetokounmpo’s status for Game 5 and any other games is unknown, but the Bucks showed incredible toughness to force another game. Down 100-92 in the fourth quarter, Milwaukee could have folded with its star unavailable.

Antetokounmpo was playing his best offensive game of the series, scoring 19 points in the first 14 minutes.

Antetokounmpo twisted his right ankle in Game 3 and was listed as questionable for Game 4. A game-time decision, Antetokounmpo started and was playing like the dominant player that is expected to win his second consecutive MVP award. He had 18 points through the first 14 minutes of the game.

But with 10:18 remaining in the second quarter, Antetokounmpo re-injured the ankle while driving to the basket. He was fouled by Miami’s Andre Iguodala, made 1-of-2 two free throws, checked out of the game and never returned.