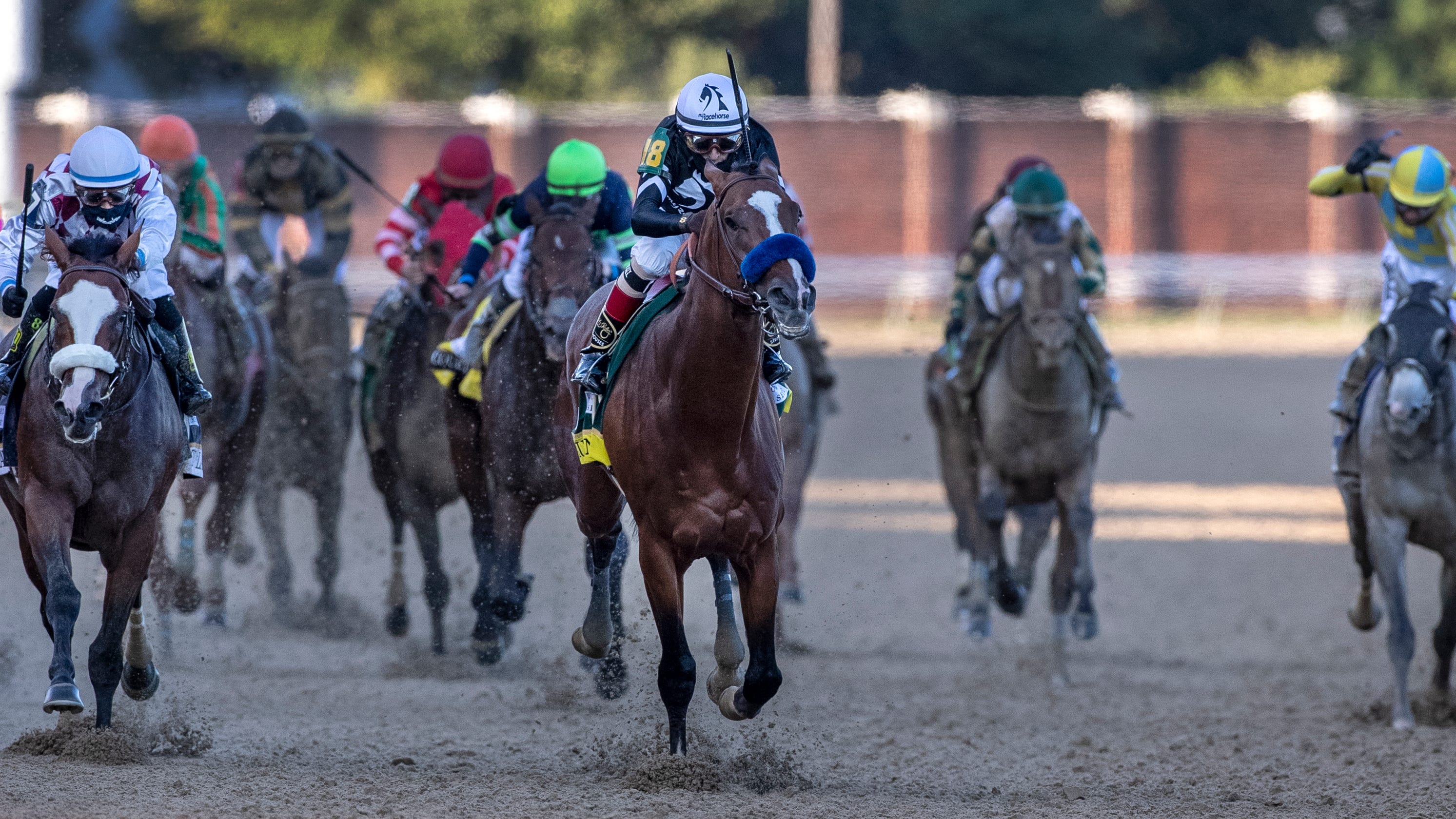 There may never have been a Kentucky Derby-winning ownership group more varied than the one that scored Saturday’s victory with Authentic.

Billionaire B. Wayne Hughes and his Spendthrift Farm are the majority owner, but more than 4,000 micro-owners purchased $206 shares of Authentic before the race through MyRaceHorse.com, which owns 12.5% of the horse.

“(Skier) Bode Miller, he was checking in before: How’s our horse?” trainer Bob Baffert said. “Walker Buehler from the Dodgers: How we looking? I said, if they give us the lead, it’s adios. That’s what happened.

MyRaceHorse.com is involved in the ownership of nearly 50 horses. Just less than half of those involved partnerships with Spendthrift Farms, according to founder Michael Behrens, who noted several NASCAR drivers had also purchased shares of Authentic.

The micro-owners will each receive a pro-rata share of the winnings based on the amount of shares they purchased, Behrens said.

“This is a wonderful sport,” Behrens said. “We make it very, very difficult sometimes to come in from the outside. I know that as an outsider. I think this just makes it very easy to come in. I think today that was evident.”

AUTHENTIC: Wins the 146th Kentucky Derby ahead of favorite Tiz the Law

‘STRANGEST DERBY EVER’: An look at the sparsely attended race

In an interview with Thoroughbred Daily News before the derby, Hughes, who built his fortune in the self-storage business, pointed to the need to broaden the horse racing fan base as a reason he had embraced the partnership with MrRaceHorse.com.

“To know that there’s 4,600 or so people at home that literally own a piece of the Derby winner; it’s an ultimate thrill for me,” Behrens said.

Spendthrift Farms secured its first victory in a Triple Crown race with Authentic’s win. The farm was also an owner of Thousand Words, which was scratched just before the race after flipping in the paddock.

“I think I’m still in shock, but it really was an incredible day,” said Spendthrift general manager Ned Toffey. “We got the highs and the lows — all in the space of about 45 minutes.”

Hughes watched the race with a group of family and friends from home. Shortly after the win, Spendthrift tweeted a video of the group mobbing Hughes as Authentic crossed the finish line.

The win marked the fulfillment of a promise Baffert made before the Derby initially was postponed in the spring.

“… I am so happy for him. He’s been in this game so long. He deserves to win this race. To me, I feel like I’m prouder to win it for him so he can say he won the Kentucky Derby now. Especially when you win in Kentucky, that is serious bragging rights.”