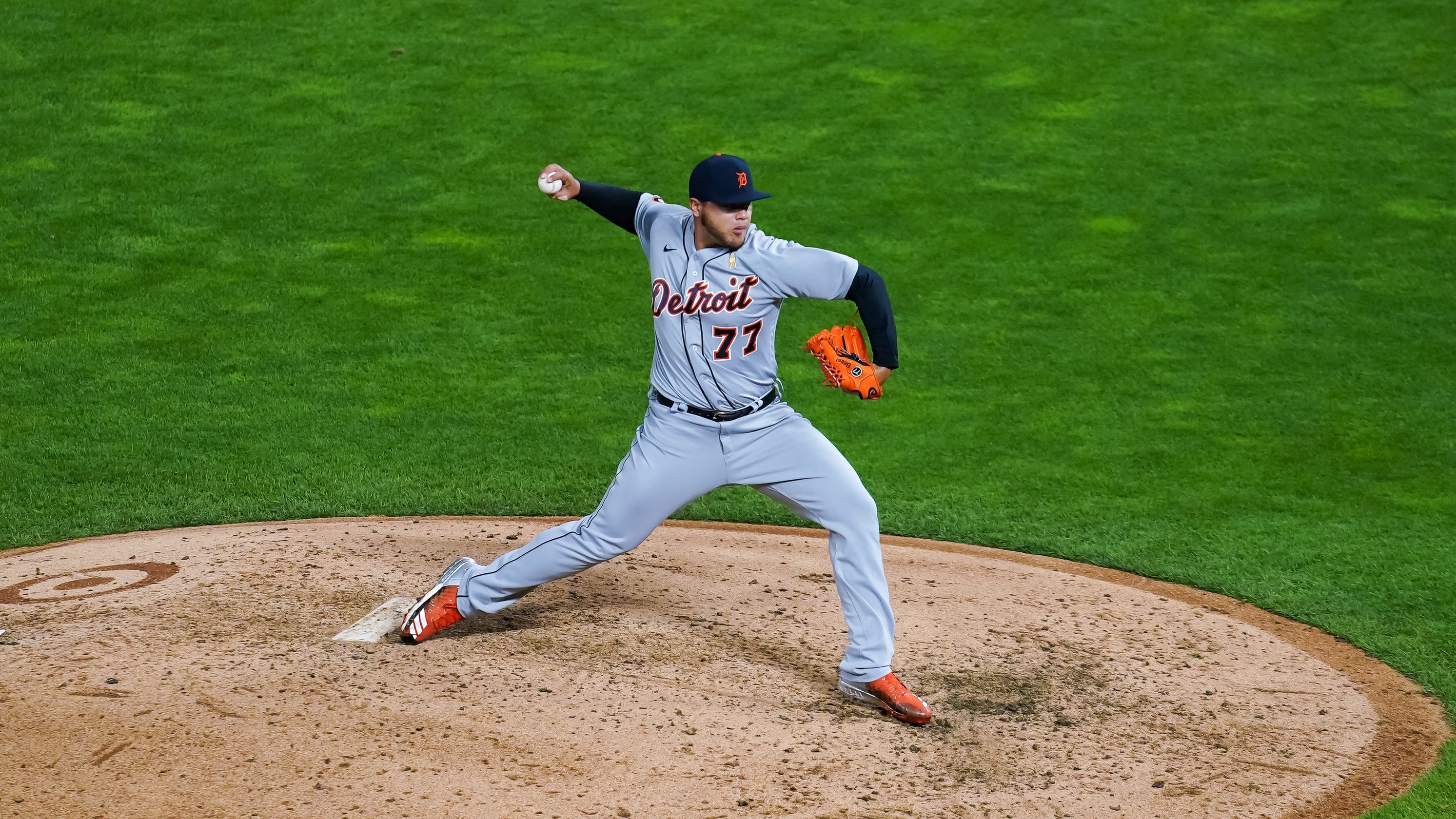 The Detroit Tigers had a 10-7 lead against the Minnesota Twins in the bottom of the ninth inning. There was a runner on second base with two outs for right-hander Joe Jimenez against slugger Miguel Sano.

Jimenez pumped a 95 mph fastball past him for a strikeout to end the game. But Sano seems to remember it as a slider in the dirt (that was the fourth of the five-pitch at-bat.)

And last Sunday at Comerica Park, Jimenez entered to face Nelson Cruz in the seventh inning of a one-run game. He struck him out with an 86 mph slider to keep the Tigers ahead, 3-2, and aid a three-game series sweep.

“He struck me out with a slider in the dirt, and he told me, ‘Get the (expletive) out of here,'” Sano said Saturday, recalling the August 2019 matchup.

That’s how the tension apparently began.

Sano got his chance to “pimp” in the seventh inning Saturday at Target Field, crushing a hanging slider for a two-out homer to put the Twins within one run — leading to a 4-3 victory on Byron Buxton’s walk-off infield single. On the 414-foot home run, which had a 107.3 mph exit velocity, Sano took his time getting to first base. He screamed, spoke out loud (Jimenez says Sano jawed at catcher Austin Romine) and pounded his chest when he crossed home plate.

“That was something from last year,” Sano said. “… He’s not supposed to get mad, you know? You pimped it, so get ready for the pimp, too.”

Jimenez denies all allegations: “That was a lie.”

“I never ever have done anything on the mound that effects the other hitter,” Jimenez said Sunday. “I’ve never said something to a hitter, never got in a fight before in baseball. It’s just stupid that he thinks that. Obviously, we speak the same language. And he knows what I said every time that I strikeout somebody in a big situation. It’s like, ‘Let’s go,’ you know?

“I hung a slider and he hit a homer. I deserve that. But to do it like that, and to say something to press, that’s why it bothers me.”

Jimenez, who has a 10.95 ERA this season, doesn’t mind if an opposing hitter stands and watches a home run,unless there’s a history. And in his case, he claims he didn’t say anything to Sano and Cruz.

Amid the confusion, there’s probably going to be much more to come.

“Don’t ever say something to me because I never said something to you,” Jimenez said. “If he would’ve pimped it without saying anything, it would be cool. But at the same time, he did it the wrong way. If I strike him out from now on, I’m gonna do my own thing, too. … It’s just disappointing that he thinks like that and, obviously, he was wrong.”

Sano entered Saturday’s game 1-for-16 against the Tigers this season with 10 strikeouts. He got out of his slump with a 3-for-4 performance and two RBIs.

Meanwhile, Jimenez has allowed 15 earned runs in 12⅓ innings. In his last seven appearances across 4⅓ innings, he has given up 11 runs and lost his role as the team’s closer.

The Tigers and Twins play each other four more times this season, and this back-and-forth between Jimenez and Sano could continue for years. Jimenez, 25, does not become a free agent until 2024 — the same time 27-year-old Sano hits the market.

“We’re gonna face (each other) a lot,” Jimenez said. “I don’t know what’s going to happen from now on, but I didn’t say anything to him, and I wasn’t going to. But because he said something yesterday, I’m gonna do my own thing, too. So if I pimp a strikeout and I look at him or whatever, he can’t get mad.”