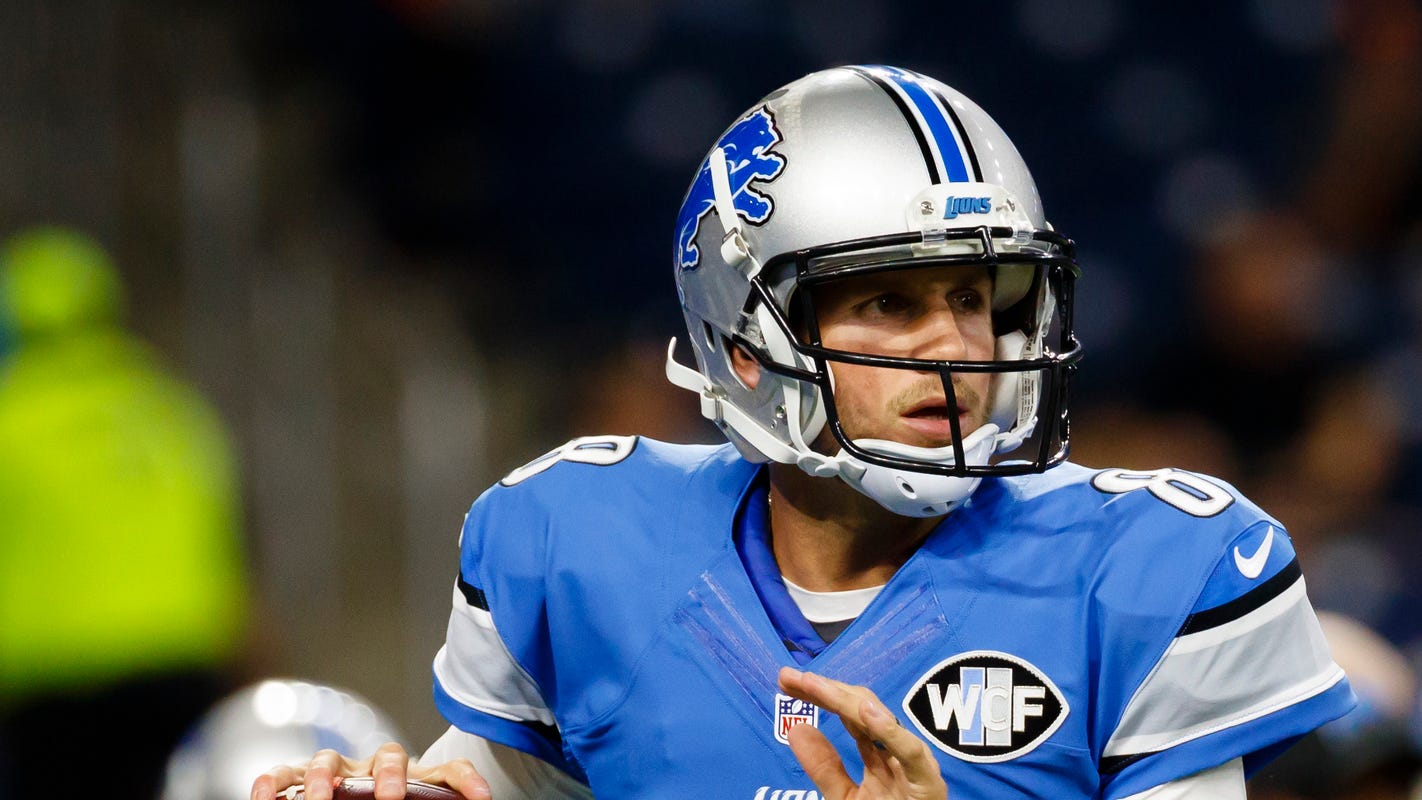 The early days of Dan Orlovsky’s first tenure with theDetroit Lions were full of losses.

And funny stories of dysfunction.

That’s what we learned Friday when he joined former NFL defensive end Chris Long on his “Green Light” podcast.

“You were in Detroit, what was your most dysfunctional thing that you saw there?” asked Long.

“How much time do you have?” Orlovsky said.

Then Orlovsky, who made seven starts for the Lions over seven seasons and is now an ESPN NFL analyst, told a few stories that might make Lions fans both laugh and cry.

“There was a couple of times when I was the backup quarterback, the offensive coordinator would call the play into me on the headset and then I would relay it to our starting quarterback.

From yesterday’s Green Light North Preview… I asked @danorlovsky7 about his most dysfunctional Detroit stories 😂 (Link in pinned tweet) pic.twitter.com/dpg4eoPKlx

He also told a “true story” from the Lions’ infamous 0-16 season in 2008, when he was starting early in the season.

“It’s a Wednesday morning, so we’re installing the majority of our pass offense that week,” Orlovsky said. “And I’m sitting there trying to install these plays. I got a quarterback coach sitting to my right, and all of a sudden I look over there, and he’s got our Detroit Lions install binder, and inside of that, he’s got the install binder of a college. And he’s preparing for a head coaching interview that’s coming up that week! While I’m trying to learn this offense. So I’m sitting here asking him questions and he’s preparing for a head coaching interview, I’m sitting there going, ‘Dude you got to be kidding me right now.’ “

No wonder that team stunk.

Orlovsky joins the podcast at 33:24 and talks Matthew Stafford, the Lions and more.