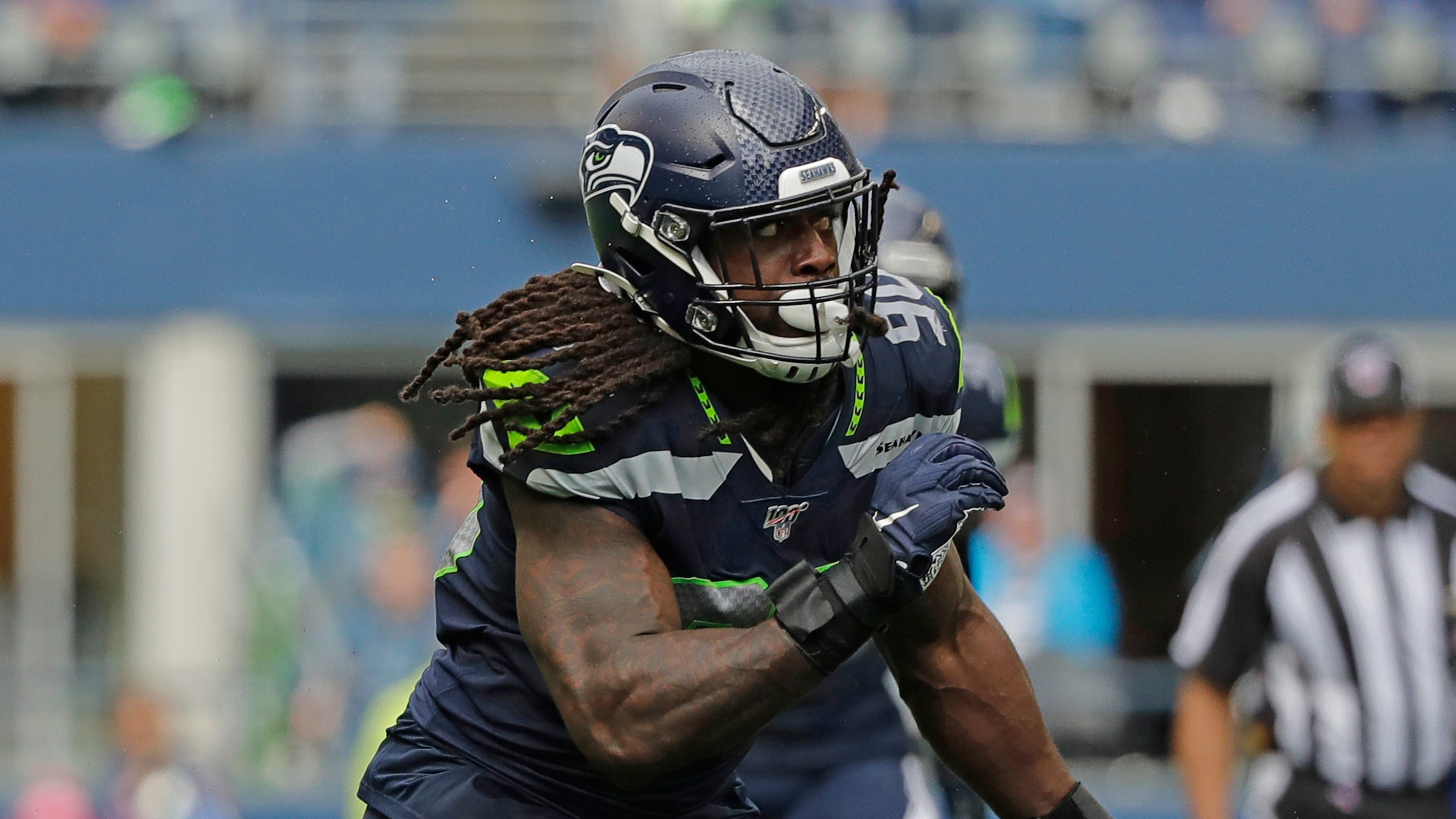 After months of speculation and anticipation, the Jadeveon Clowney sweepstakes is over. The Tennessee Titans are the winners.

The team on Sunday announced it had agreed to terms with the former Seahawks edge rusher. Clowney, 27, was widely considered the best free agent on the market and instantly changes the complexion of the Titans defense.

The deal is for one year and up to $15 million, according to ESPN. Additionally, Pro Football Talk reported that the Titans agreed to not apply the franchise tag to Clowney in 2021, meaning he can hit the open market again next offseason.

The move comes just in time for Clowney to prepare for the team’s season opener against the Broncos in Denver on Sept. 14. Clowney will have to pass three COVID-19 tests in a four-day span, in addition to a physical, before joining the Titans on the practice field.

The Titans announced they had agreed to terms with Jadeveon Clowney. (Photo: John Froschauer, AP)

In Clowney, Tennessee gets a versatile defender who thrives when lining up in different spots. Although he had only three sacks last season after having at least nine in each of the two seasons prior while with the Texans, Clowney was fifth in ESPN’s Pass Rush Win Rate at 24.8% and he faced double teams on 26.3% of his edge-rush snaps, the third-highest rate among qualifying defenders, per ESPN’s Brady Henderson.

It will be a reunion for Clowney and Titans coach Mike Vrabel, who coached the 6-foot-5, 255-pounder when Vrabel was Houston’s linebackers coach from 2014-16 and defensive coordinator in 2017. Clowney also has familiarity with new Titans secondary coach Anthony Midget, who spent 2014-18 coaching the Texans secondary, and recently signed cornerback Johnathan Joseph. Clowney and Joseph are both Rock Hill, S.C., natives and have what the Houston Chronicle described as “a relationship like brothers.”

Clowney, a South Carolina product, was the first overall pick in the 2014 draft.

Earlier this offseason, the Titans added Vic Beasley to bolster their pass rush. The outside linebacking corps include only three others – Harold Landry, who led the team a season ago with nine sacks, in addition to Kamalei Correa and Derick Roberson – as the Titans opted to release D’Andre Walker, Wyatt Ray and Jamal Davis on Saturday as part of roster cut day.

The Titans made a surprising trade in March by shipping five-time Pro Bowl defensive tackle Jurrell Casey to the Denver Broncos in what amounted to a salary dump. Tennessee received only a seventh-round draft pick in return. That move, which saved the Titans more than $10 million in 2020 cap space, appeared to set the stage for something bigger.

Then, in mid-July, the Titans and Derrick Henry agreed to a four-year extension that  actually lowered his 2020 salary cap hit – from $10.2 million to $6 million – giving Titans general manager Jon Robinson even more room to work with.

In that instance, Robinson’s patience paid off. A similar trend appeared to unfold in the team’s pursuit of Clowney.

Clowney’s initial asking price at the start of the offseason was reportedly $20 million. His market value was $17.1 million per season, according to spotrac.com. His 2019 earnings from Seattle totaled $15 million.