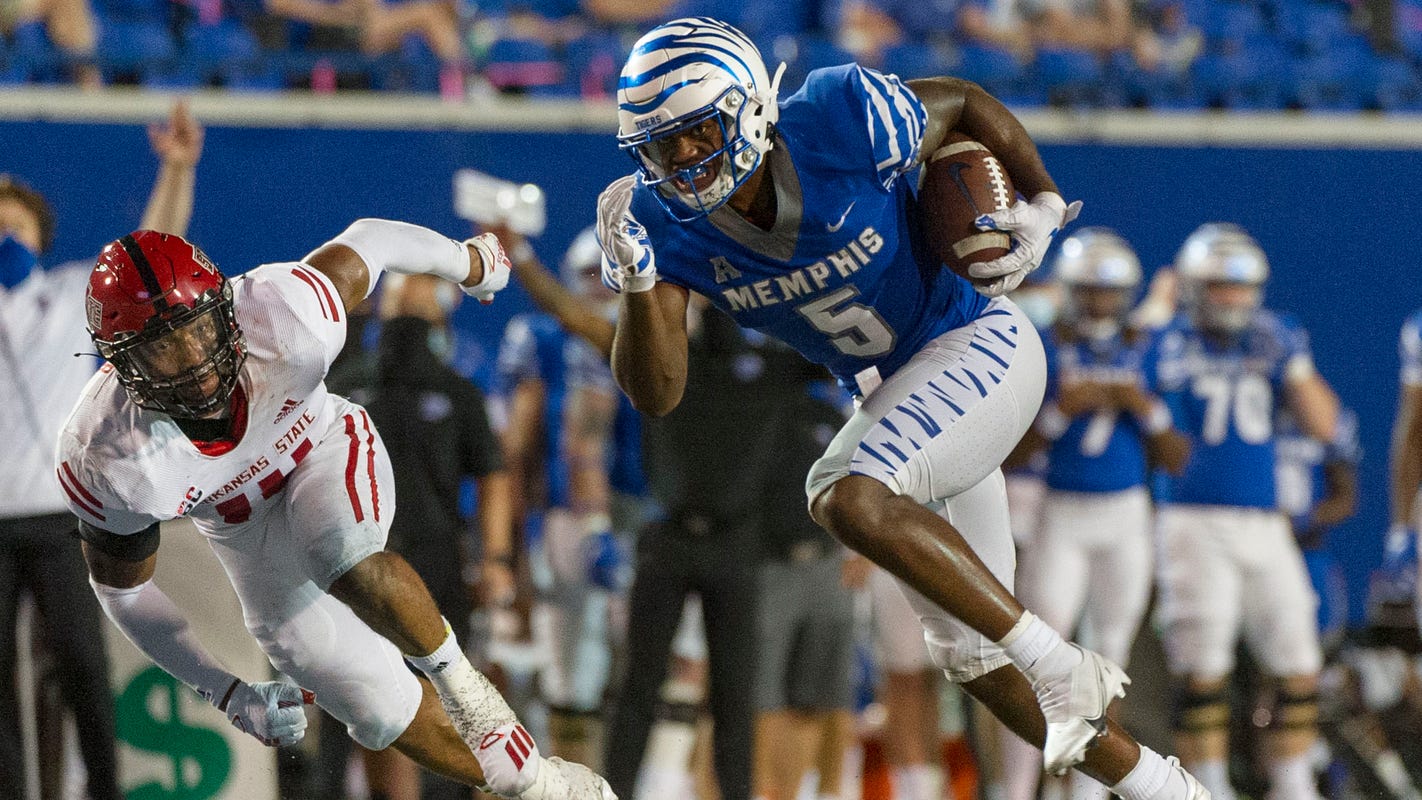 In the fourth quarter of Saturday afternoon’s 42-0 win against Middle Tennessee State, Army finished a 19-play, 99-yard touchdown drive that took 12 minutes, 26 seconds. In all, the Black Knights attempted two passes and ran the ball 64 times, with seven players rushing for somewhere between 28 and 91 yards.

College football is back. All that’s different: no fans, quiet whistles, face masks (and facemasks) and fewer games, period.

Under normal circumstances, Week 1 of the 2020 season would’ve featured just about every team in the 130-member Bowl Subdivision. Instead, the first full Saturday of the season had just six games, only half of which included opponents from the FBS. (The remaining three pitted FBS against teams from the Championship Subdivision.)

HERBSTREIT: ESPN analyst breaks down during message on racial injustice

Of the teams in action, only one, Memphis, received votes in the preseason Amway Coaches Poll.

As a gauge of how the season will play out, Saturday’s slate provided the first real glimpse at football amid a pandemic but won’t help settle arguments over which teams will reach the College Football Playoff. Here are five things we learned from Week 1:

The games are a different sort of spectacle

The stands aren’t completely empty: Memphis had about 4,500 fans in attendance on Saturday night, while earlier games at Marshall and Army featured similarly capped crowds — Army’s attendance consisted entirely of about 4,300 cadets spread out through Michie Stadium.

Still, the backdrop stood in contrast to the pomp of a normal college football Saturday. Coaches wore masks. Players stood along a larger stretch of the sideline, thanks to an NCAA rule change that allowed teams to stand from one 15-yard line to the other. (That space typically exists between the two 25-yard lines.)

Even the whistles are different, replaced due to concerns that your standard refereeing whistle would spray droplets. Instead, referees used electronic whistles attached to their waists, which proved difficult to hear even during games with limited crowd noise.

Unfortunately, the inability to hear the blast of a referee’s whistle isn’t just an annoyance — it’s also a potential safety issue, as some players may hear the whistle and stop while others continue as if the play hasn’t been blown dead. It’s something to watch during a larger list of games next weekend.

Arkansas State is probably going to end up again as one of the best teams in the Sun Belt, which makes the Red Wolves a good barometer to measure Memphis as a contender for a New Year’s Six bowl.

Memphis joins UCF and Cincinnati atop the American Athletic Conference, with the conference champion the heavy favorite to reach a January bowl.

.@MemphisFB opens up the season with a 37-24 win over Arkansas State behind 4 passing touchdowns from @BradyWhite223. #AmericanPow6rpic.twitter.com/9fiGfjOgWC

For SMU, last September’s 47-17 win against Texas State was one of eight in a row to start the year and one of 10 overall in a breakthrough season under coach Sonny Dykes. Anxiety-inducing in comparison, Saturday’s 31-24 road win against the Bobcats might set off early alarms about the Mustangs’ odds of approaching last year’s success.

Texas State is definitely better. The Bobcats seem to have found a running game after ranking at the bottom of the Sun Belt and near the cellar of the FBS last season, gaining 189 yards on 38 carries after only once topping 155 yards in a game in 2019.

Like most teams, as we’ll see through much of September, SMU’s timing and general execution suffered from the inability to conduct a normal offseason. Still, quarterback Shane Buechele completed 26 of 36 attempts for 367 yards and a touchdown, showing why he might be the top returning starter in the American.

Tough to prepare for Army (and maybe Navy)

Defensive coordinators groan at the thought of quickly preparing for games against the triple-option offense used by Army and Navy. Normally, teams would much rather face one of the service academies in the opener, since that would give the defense several weeks to slowly get a sense of the offensive scheme.

The flow of this offseason had most teams playing catch-up all August. That Army has run a similar system for years could benefit the Black Knights all season.

Army’s effectiveness on offense against Middle Tennessee could be a sign of what’s to come on Monday night, when Navy hosts Brigham Young in one of the year’s top non-conference games. BYU’s next opponent after the Midshipmen? That would be Army, on Sept. 19.

Opening the season with a bang. #GoArmypic.twitter.com/LlcoV4cDoH

An early preview of Conference USA

Of this group, UTEP has been pegged as one of the weaker teams in the FBS, while North Texas looks to improve on last year’s four-win finish while replacing one of the most prolific passers in school history in Mason Fine. In matchups against the FCS, North Texas beat Houston Baptist 57-31 and UTEP topped Sam Houston State 24-14.