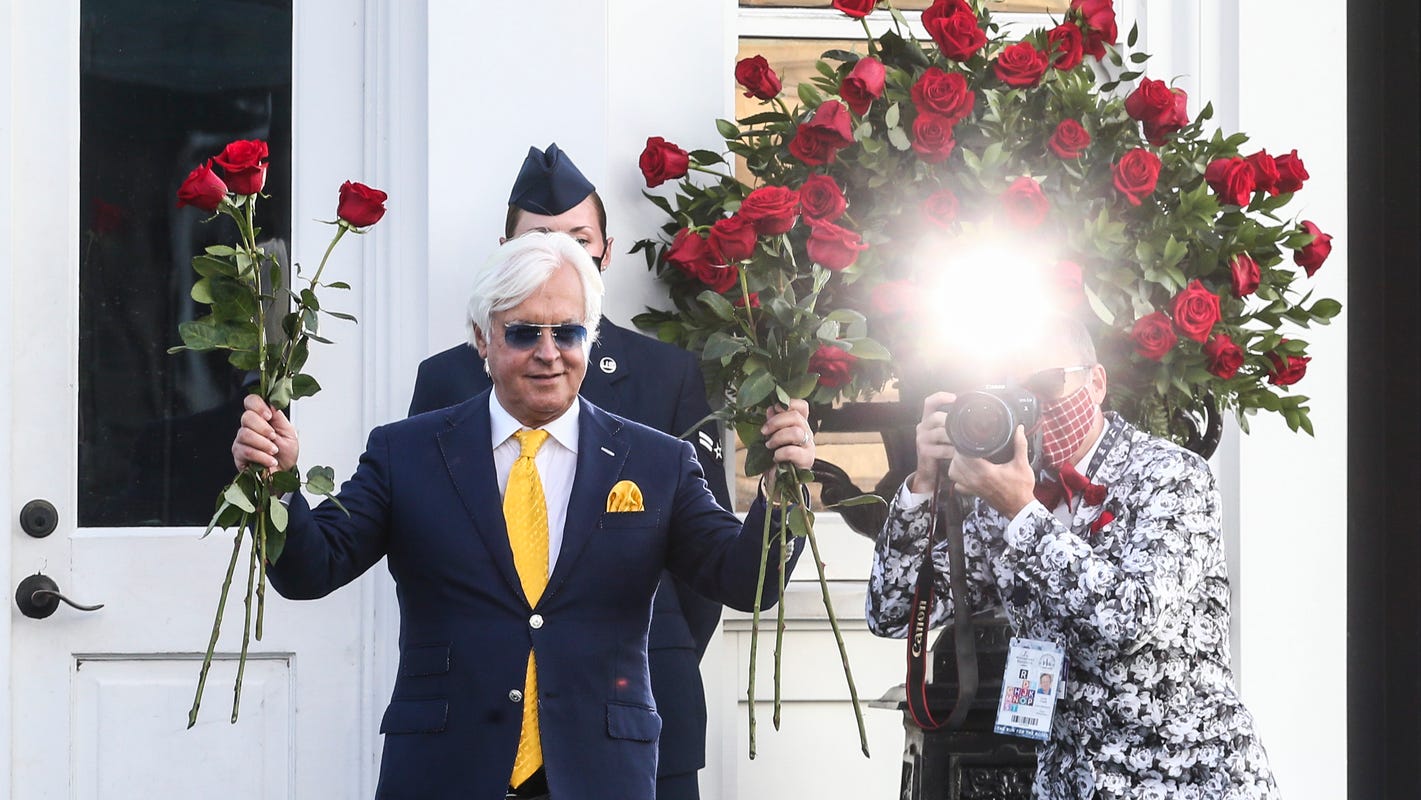 LOUISVILLE, Ky. — Authentic may have won the 146th Kentucky Derby in wire-to-wire fashion, but for trainer Bob Baffert, it was the ultimate up-and-down, take-the-good-with-the-bad kind of day.

At 6:30 p.m., Baffert’s horse Thousand Words reared in the paddock, falling and knocking over Baffert’s assistant trainer, Jimmy Barnes, breaking his arm. Thousand Words, who was uninjured, was promptly scratched from the Run for the Roses.

Half an hour later, Authentic — who became Baffert’s lone entry in the race — put together a masterful performance on the racetrack, staving off a late effort from heavy favorite Tiz the Law to win at Churchill Downs in front of a nearly empty track.

Moments later, Baffert got emotional on national television, describing Barnes’ injury and Authentic’s win. Then, in the winner’s circle, Authentic knocked Baffert over.

Trainer Bob Baffert, left, got knocked down as well as another man by a jittery Authentic as jockey John Velazquez tries to calm the horse after winning the 2020 Kentucky Derby at Churchill Downs. Sept. 5, 2020 (Photo: Matt Stone/Courier Journal)

“The garland of roses, for some reason, I’d never seen it, they had a long red ribbon at the end of them, and that was hitting (Authentic’s) hind leg and it was spooking him,” Baffert said, “and every time he’d feel it, he spun around, and he was like a bowling ball. He bowled us all down.”

Within an hour, Baffert had lost a horse, and an assistant, and been knocked down. But still, his team stood as Kentucky Derby champions.

As he took a sip from a mint julep to open Saturday evening’s press conference, Baffert quipped: “I needed that.”

Baffert had previously won the Run for the Roses with Silver Charm, Real Quiet, War Emblem, American Pharoah and Justify. The win is the legendary trainer’s third in the last six years and his sixth ever, tying him with Ben A. Jones for the most in Kentucky Derby history.

The Bob Baffert horse was immediately scratched from the Kentucky Derby after he flipped in the paddock ahead of the race.

Baffert said 2020 has been a challenging year for him.In July, the Arkansas Racing Commission suspended him for 15 days, a decision he is appealing, after two of his horses failed post-race drug tests in May.

The injury to Barnes, his assistant, before the race felt like even more bad news, he said.

“Today, when Jimmy broke his arm, I go look at this, ‘It doesn’t end,’” said Baffert.

But then, Authentic raced like a champion, propelling Baffert to yet another victory. Baffert even shrugged off his spill in the winner’s circle.

“It’s been a roller-coaster year, but thankfully, it’s the love of the horses that keeps me going,” Baffert said, again choking up on what was an up-and-down day in an unprecedented year. “They’re the best therapy a human can have, and I love being around them.”