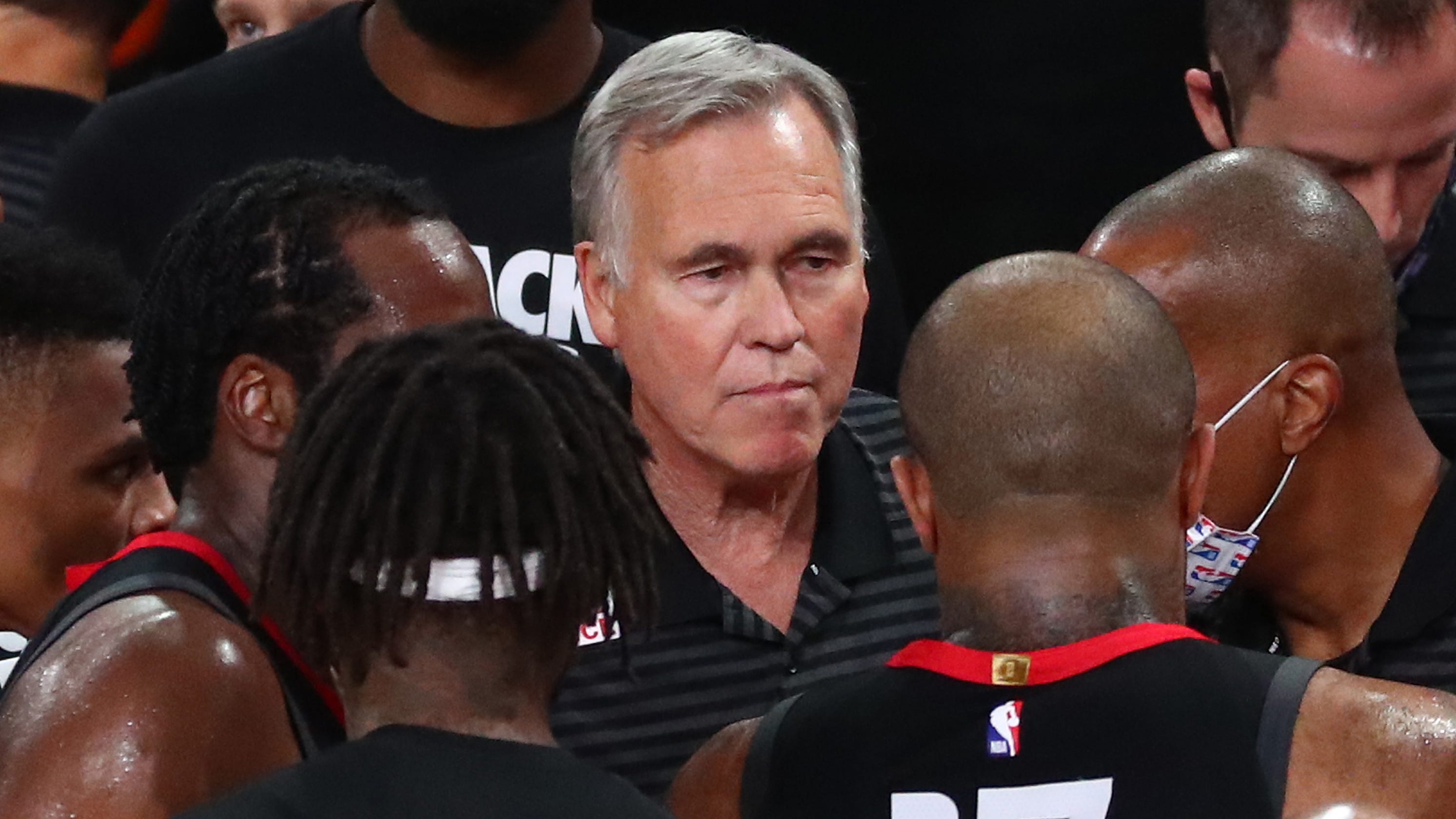 LAKE BUENA VISTA, Fla. — Through success and turmoil, Houston Rockets coach Mike D’Antoni has uttered a phrase so often to his players that they can repeat it verbatim.

Hence, the Rockets credit D’Antoni and his innovative system and laid-back demeanor for helping them navigate season-long rough patches. The Rockets believe those made them equipped to survive a seven-game first-round series against the Oklahoma City Thunder. And Houston credits D’Antoni’s ability to convince his players to buy into his philosophies as a reason why the Rockets beat the Los Angeles Lakers in Game 1 of the Western Conference semifinals.

Though the Rockets’ championship fortunes also largely rest on James Harden and Russell Westbrook, general manager Daryl Morey sounded firm about D’Antoni’s importance after coaching Houston to a 217-101 record in the past four seasons. So important that Morey did not mince words when assessing whether he considered it the team’s top priority to sign D’Antoni to a new deal after his contract expires at the end of this season.

“It’s probably No. 1 That’s a fair way to put it,” Morey told USA TODAY Sports. “We have all our key players signed. I think Mike coming back is super important.”

D’Antoni had talks with Rockets owner Tilman Fertitta about a possible extension last summer, but he had no interest in just taking a one-year deal. With D’Antoni popularizing an offense centered on 3-point shooting and positional versatility since coaching the Phoenix Suns more than a decade ago (2004-08), it would not be surprising if he attracted interest from other teams with head coach vacancies.

Morey described this dynamic as “a media creation” and added that “it’s convenient for agents to focus on it.” Still, coaches in professional sports often feel their authority diminishes within a front office and locker room if they have lame-duck status. D’Antoni has dismissed that idea with as much conviction as he has that offenses should center more on outside shooting and floor spacing and less on plodding big men.

Hence, D’Antoni’s message to his players about repeatedly saying “What’s next?” through any success or failure.

GAME 1 STUNNER: Rockets impose their will on Lakers to steal Game 1

EAST FAVORITE: Bucks need Giannis to be the MVP to avoid elimination

The Rockets became the center of attention after Morey tweeted out support for Hong Kong protestors, a gesture that exposed and strained the NBA’s business relationship with China. The Rockets sought to bolster their offensive identity and diffuse locker room tension by trading Chris Paul and a pair of draft picks to Oklahoma City for Westbrook out of hope he would have better chemistry with Harden.

The Rockets then doubled down on its position-less brand of basketball by dealing center Clint Capela before the trade deadline in a four-team trade that brought in wing man Robert Covington. They then survived a seven-game first-round series against Oklahoma City that coincided with Westbrook laboring through a right quad injury.

The Rockets’ sense that mindset has created a trickle-down effect to the rest of the organization.

He has given Harden and Westbrook autonomy on when to handle play-calling and when to share ball-handling duties. He empowered his wing players in P.J. Tucker, Eric Gordon, Danuel House, Austin Rivers and Covington to hoist open 3-pointers and to defend both perimeter and frontcourt opponents. For a coach that cemented his reputation has an offensive guru, D’Antoni has molded his players to have a defensive grittiness to make up for their lack of size.

“Mike is a guy that gets along with everybody, and it’s all up for the players to hone in and do what we need to do,” Gordon said. “He gives us the opportunity. He’s a great communicator. So he gives us a lot of options that we feel like we need to do.”

Morey said that D’Antoni has extended that courtesy toward the front office. He has collaborated with the analytics department on devising a switch-heavy defensive scheme to make up for a lack of size, as well as calculate the number of 3-pointers the team should target each game. With the Rockets struggling at the center spot in the past two postseasons against a Golden State Warriors team that also featured position-less lineups, Morey said D’Antoni offered helpful perspective before the team dealt Capela for Covington.

“A big challenge in the front office always is if you make a trade and a coach isn’t on board it makes it really tough because they won’t be behind trying to make it work,” Morey said. “Mike is enthusiastic about the trade at the deadline this year. That makes a big difference in being able to get something done.”

“Management has put us in a position where we do have the pieces to be the best we can be. It’s up to us to carry that out,” D’Antoni said. “Hopefully that’s enough. Nobody knows. A lot of teams are really good. We just have great guys to work with, so that makes it easier to go through changes.”

Yet, it is D’Antoni who has navigated through those changes with grace even when he entered the final year of his contract amid uncertainty. It appears unlikely he will have to worry about such a reality whenever the season ends.

“99.7% of America don’t even have a contract for one day, let alone multiple years,” Morey said. “I think it’s his West Virginia background. He’s a hard working guy. We all come in to work and do a good job. If you do a good job, it takes care of itself.”