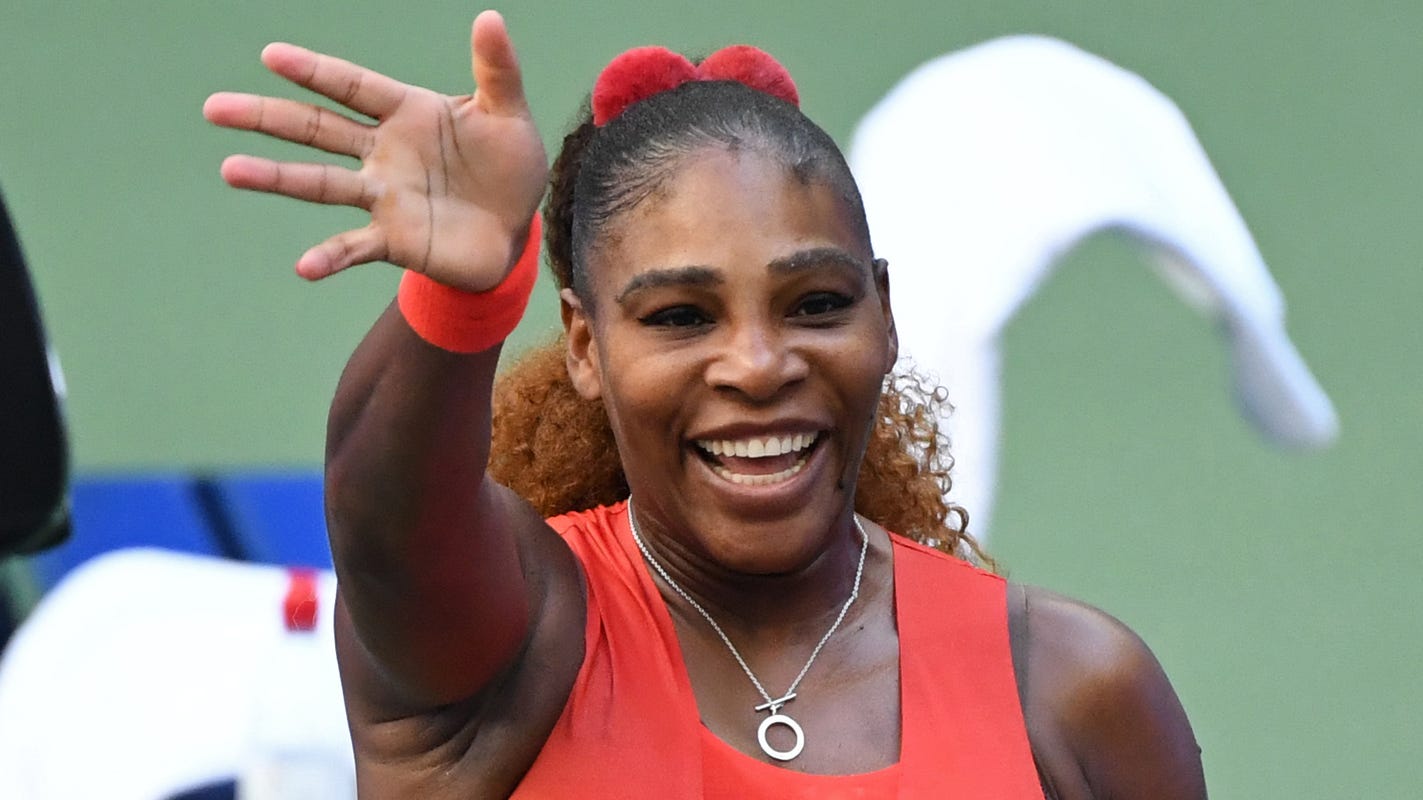 NEW YORK — The most ominous news for the women not named Serena Williams in the U.S. Open draw Saturday came not with anything she did, but what she did not do.

She was down a set and getting run all over Queens by Sloane Stephens, who along with Williams was one of a record 12 American Black women who made the draw. She looked lethargic, tentative, forcing points and getting stuck in corners. The only time Stephens had beaten her was in the Australian Open quarterfinals seven years ago, and for 45 minutes in Arthur Ashe Stadium, it sure looked as if Williams might suffer another center-court implosion, the way she has in all four of the Grand Slam finals she made it to in 2018 and 2019. Except this time it would happen in the third round.

Williams will turn 39 at the end of the month. She has been playing America’s Grand Slam since the Clinton Administration. For a woman whose career spans four decades and who is universally regarded as the greatest player ever, her closing skills have been extremely shaky for a while now. She won her 23rd Grand Slam singles title in Australia 44 months ago, and the whole world knows how much she wants to win No. 24, which would tie her with Margaret Court for the most major titles in history. That quest has at times acted like a vise on her competitive psyche, tightening and tightening as she gets closer to the final.

”I always feel like I’m not perfect unless I’m perfect. That’s not a fun way to live your career and live your life,” Williams said after her second-round victory over Margarita Gasparyan of Russia. 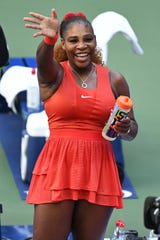 Serena Williams waves to her daughter Olympia in the stands after her match against Sloane Stephens. (Photo: Danielle Parhizkaran, USA TODAY Sports)

CHARGE FOR JUSTICE: How Naomi Osaka is bringing attention to social inequality

OSAKA MOVES ON: 2018 U.S. Open champion was ‘cursing myself out’

She talked about finding calm, learning to walk herself in off the ledge of impossible expectations, and being gentler on herself when her play isn’t up to her standards, and trying to embrace the moment even when she’s spraying balls toward empty seats. She finds herself searching “me and my mental” for a new perspective, and she seemed to find it against Stephens, the 2017 Open champion who has been ranked as high as No. 3.

She did not become unglued, or start playing recklessly, or dwell on what was possibly slipping away, yet again. It had to be galling to be the second-best player on the court, to see Stephens run down everything and smack missiles into the corners. To be broken twice in the first set, once by yanking a forehand wide on game point, and again with an errant crosscourt backhand.

“That’s my thing … just try to stay calm and be more serene,” Williams said in the interview room later. “I just knew it was important for me just to keep trying, just to keep going.”

What she got going was something to behold. She revved up her serve, her greatest weapon — and probably the greatest weapon in the women’s game. She hit 12 aces, and won 28 of 32 first-service points in the final two sets. With service-line domination came a slew of points, an emotional boost that seemed to flow right through to her groundstrokes.

And a belief — yes, a calmness — that was almost palpable.

In Game 6 of the second, Stephens serving, the set was still level when Williams went up 0-30. She hadn’t broken Stephens’ serve in the match. Stephens answered with two blistering winners, one a backhand down the line, one a crosscourt forehand, and had another highlight-film winner, an inside-out forehand, to spank away another break point. Williams stayed in, stayed steady, and finally got the break. It only changed everything. She held at love and won 18 of the last 20 points and suddenly was coming at Stephens like an onrushing train on the nearby No. 7 subway line.

“She raised her level and started serving a bit better,” Stephens said. “Obviously she has one of the greatest serves in the game. It’s really difficult to read. … I just tried to get my racquet on a lot of the balls and make her play as best I could.”

Somebody asked Stephens if she could sense the pressure Williams was feeling to tie Court.

“I think she’s the only one that can tell you that,” Stephens said. “I’m sure it’s difficult. But, I mean, we all hope she gets it. Keep going for it. If she is feeling pressure, I hope she releases it and gets to 24.”

Williams’ fourth-round opponent is No. 15 Maria Hakkari of Greece. Hakkari beat Williams at the Western & Southern Open just before this Slam began. Williams wasn’t worrying about it. Or anything.

“Every day having ‘Serena’ on your back is a massive target for the tour, for press, for stress,” she said. “But as Billie Jean King said, pressure is a privilege. So I wouldn’t want it any other way. So I just try to think about how fortunate I am to have been in this position, and honestly, to be Serena.”