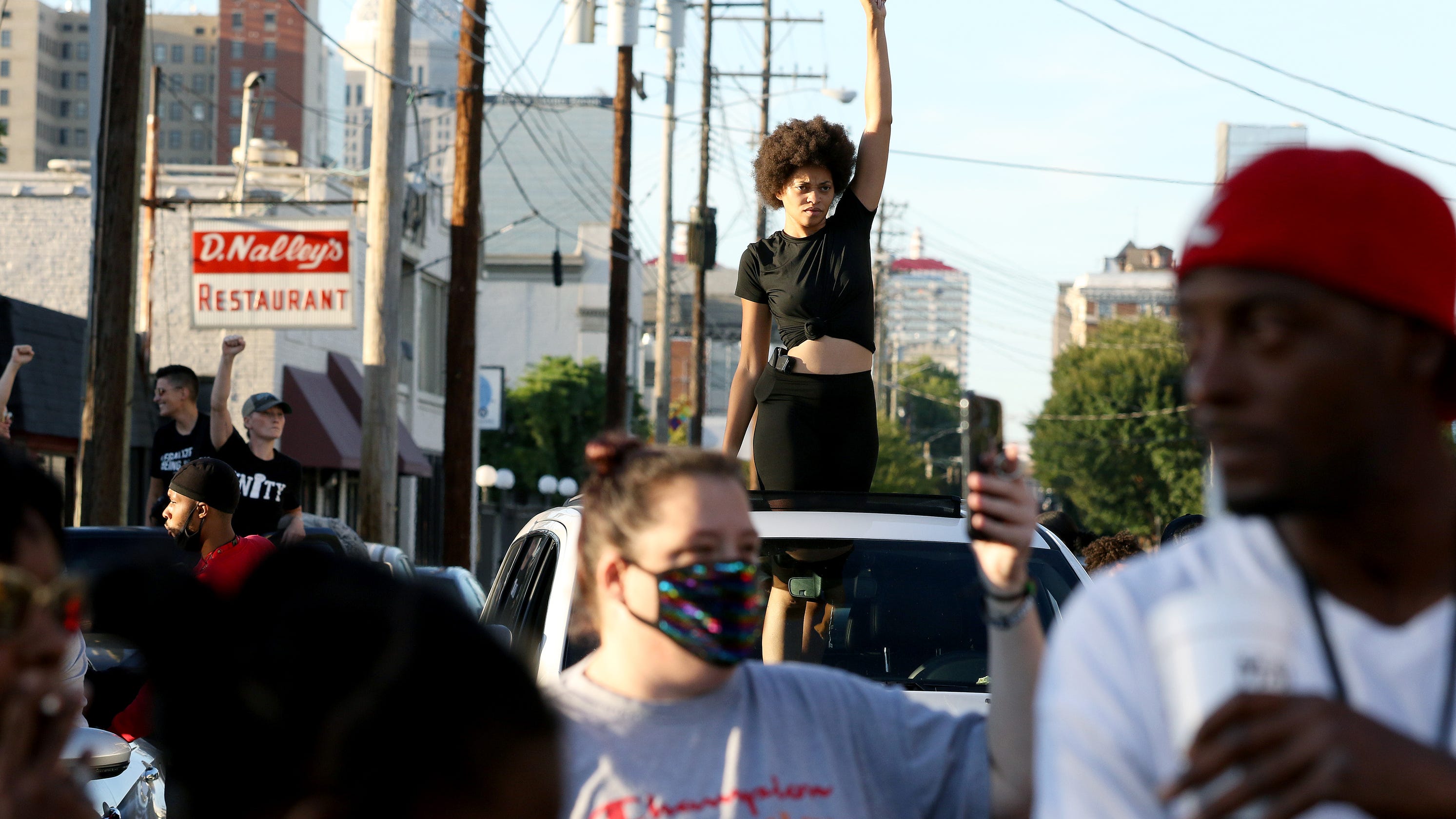 
LOUISVILLE, Ky. — After 101 days of demanding justice for Breonna Taylor, hundreds of protesters converged outside Churchill Downs Saturday evening in advance of the 146th Kentucky Derby, which was expected to run without spectators due to the coronavirus pandemic.

Local activists, church leaders, demonstrators with social justice organization Until Freedom and members of the group the Not F***ing Around Coalition gathered outside the racetrack fences, chanting “Say her name: Breonna Taylor.” The group called for justice for the shooting death of Taylor during a police raid and for the Derby to be canceled.

Marcia Lawhorn, born and raised in Louisville, said it’s a good thing to distract people from the Kentucky Derby.

“Horses and money is not more important than a life and a cause and equality and things like that, and if y’all can spend millions to billions on the Derby, start bringing things to our city to help us,” Lawhorn said.

Near the horse barns at Churchill Downs, protesters getting loud pic.twitter.com/q3xUHlDB22

Earlier in the day, armed demonstrators organized by Dylan Stevens – an online personality known as “The Angry Viking” – confronted a group of Taylor protesters downtown, chanting: “All lives matter,” “U-S-A” and “Back the blue,” referring to police. Groups exchanged heated words with one another, but there were no major physical altercations.

‘Arms race’: Portland shooting shows protesters on the right and the left are bringing guns

A man who gave his name as ‘Bob, concerned citizen’ held up a sign at a patriot rally Saturday morning at Cox Park. Sept. 5, 2020 (Photo: Matt Stone/Courier Journal)

Stevens told protesters he does not oppose them. He said the group was there because, in July, Grand Master Jay, the leader of “Not F***ing Around Coalition,” said he would “burn the city to the ground” if justice was not delivered for Taylor.

Video taken by Courier-Journal reporters at the scene showed dozens of predominantly white men, women and children with Stevens’ group marching through downtown Louisville, clad in helmets and face masks. They were openly carrying firearms and holding “Trump 2020” and American flags.

There appeared to be little police presence, reporters said.

The Angry Viking rally group has made it to city hall/Jefferson Square Park. Being met by some radical justice protesters. pic.twitter.com/prNCTnRmW4

Louisville Mayor Greg Fischer warned people Saturday not to believe everything they hear when it comes to protests, saying there has been a plethora of “rumors” and “misinformation.”

“If activities become unlawful, LMPD has plans in place and is prepared to handle the situation,” the page said.

Kentucky Attorney General Daniel Cameron took to Twitter Saturday morning to say he recognizes protesters want “answers in the investigation into the death of Breonna Taylor.”

“Today, while we honor a KY tradition with the running of the Derby, we remain cognizant of the community’s desire for answers in the investigation into the death of Ms. Breonna Taylor,” Cameron wrote in a tweet. “We continue to move forward with our investigation, reviewing each fact to reach the truth.”

Today, while we honor a KY tradition with the running of the Derby, we remain cognizant of the community’s desire for answers in the investigation into the death of Ms. Breonna Taylor. We continue to move forward with our investigation, reviewing each fact to reach the truth.

Protesters have been demanding that Cameron criminally charge the three officers involved in the fatal shooting of Taylor, a Black woman shot to death inside her own apartment on March 13.