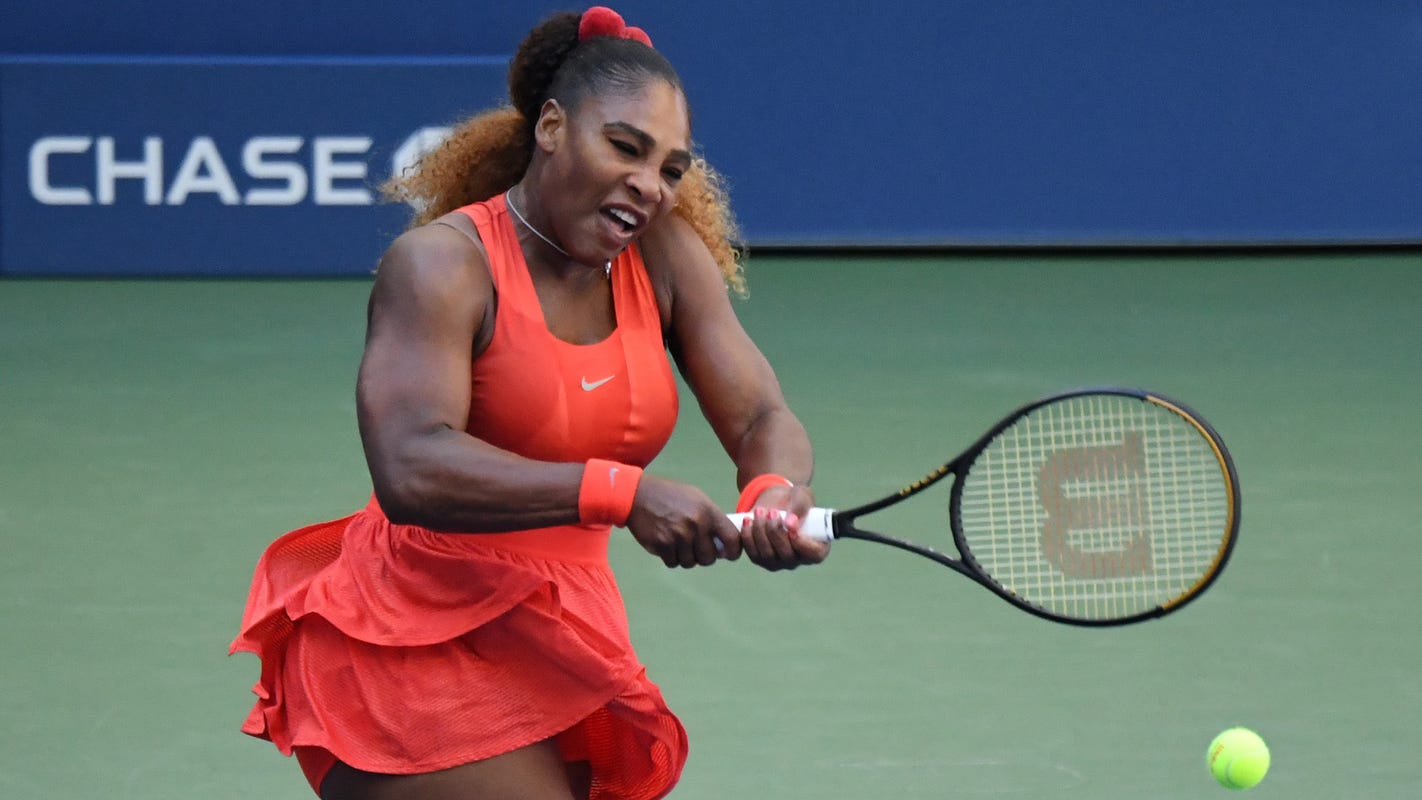 NEW YORK — Two former U.S. Open champions took the court in the big vacant bowl that is Arthur Ashe Stadium on Saturday afternoon for the most anticipated match of this year‘s completely bizarre Grand Slam.

The noise was manufactured, the masks ubiquitous, the energy having to be summoned by the competitors themselves. None of the pandemic-produced oddities could derail Serena Williams, who recovered from a sluggish start to take down fellow American Sloane Stephens, 2-6, 6-2, 6-2 to move into the round of 16.

Stephens, the 2017 Open champion who was once ranked as high as No. 3, was sensational in the opening set, dictating play and moving Williams around like a chess piece. The match pivoted when Williams forged a break in Game 6 of the second, going on to win 18 of the last 20 points of the set.

Williams’ spirit, palpably boosted by the turnaround, began to dominate with her vaunted serve and became by far the more assertive player. In the last two sets, she won 28 of 32 first-serve points.

CHARGE FOR JUSTICE: How Naomi Osaka is bringing attention to social inequality

OSAKA MOVES ON:2018 U.S. Open champion was ‘cursing myself out’

The 27-year-old Stephens, who had lost in the first round in her two tournaments since the restart of tennis, came out firing, drilling groundstrokes, especially to the backhand corner. Williams struggled with her pace, and her movement, and it meant trouble very quickly, as Stephens broke her in Game 3 of the first, Williams yanking a forehand wide to close it, then went up 3-1 with a gorgeous crosscourt forehand winner. Stephens was by far the steadier player, but just when it seemed Williams might again be denied a chance to win the 24th major title she wants so badly, the narrative changed completely.

She broke Stephens for the first time to go up 4-2 in the second, smoking a service winner to seal the next game and finishing the set with no troubles, and it was more of the same in the third, Williams blasting a forehand crosscourt winner to seize Game 1, then breaking Stephens a game later.

Stephens’ level dropped precipitously and Williams’ closing skills, which have been shaky at best of late, were superb.

“Nice match, but not really,” Stephens joked as they tapped rackets at the net after their first meeting since 2015.

“It was intense,” Williams said after the match. “We always have some really incredible matches. It brings out the best of my fitness when I play Sloane. She’s a great player, she’s won on this court.”

Williams’ husband Alexis Ohanian walked down the steps with 3-year-old daughter Olympia to get closer to the court as Williams waved and Lizzo blasted across the airwaves. He sported a mask that read “Girl Dad” while Olympia wore a mask covered in flowers.

Williams clapped and waved at Olympia and said: “I hope she saw her mama fighting. I don’t think she was paying attention between you and me. I think she may have been playing with some princesses upstairs.”

Williams’ next challenge comes in the round of 16 on Labor Day, when her opponent will be Greece’s Maria Sakkari, the No. 15 seed, who smoked American teenager Amanda Anisimova, 6-3, 6-1 in 55 minutes. A chiseled and supremely fit player, Sakkari defeated Williams in the Western & Southern Open last week.