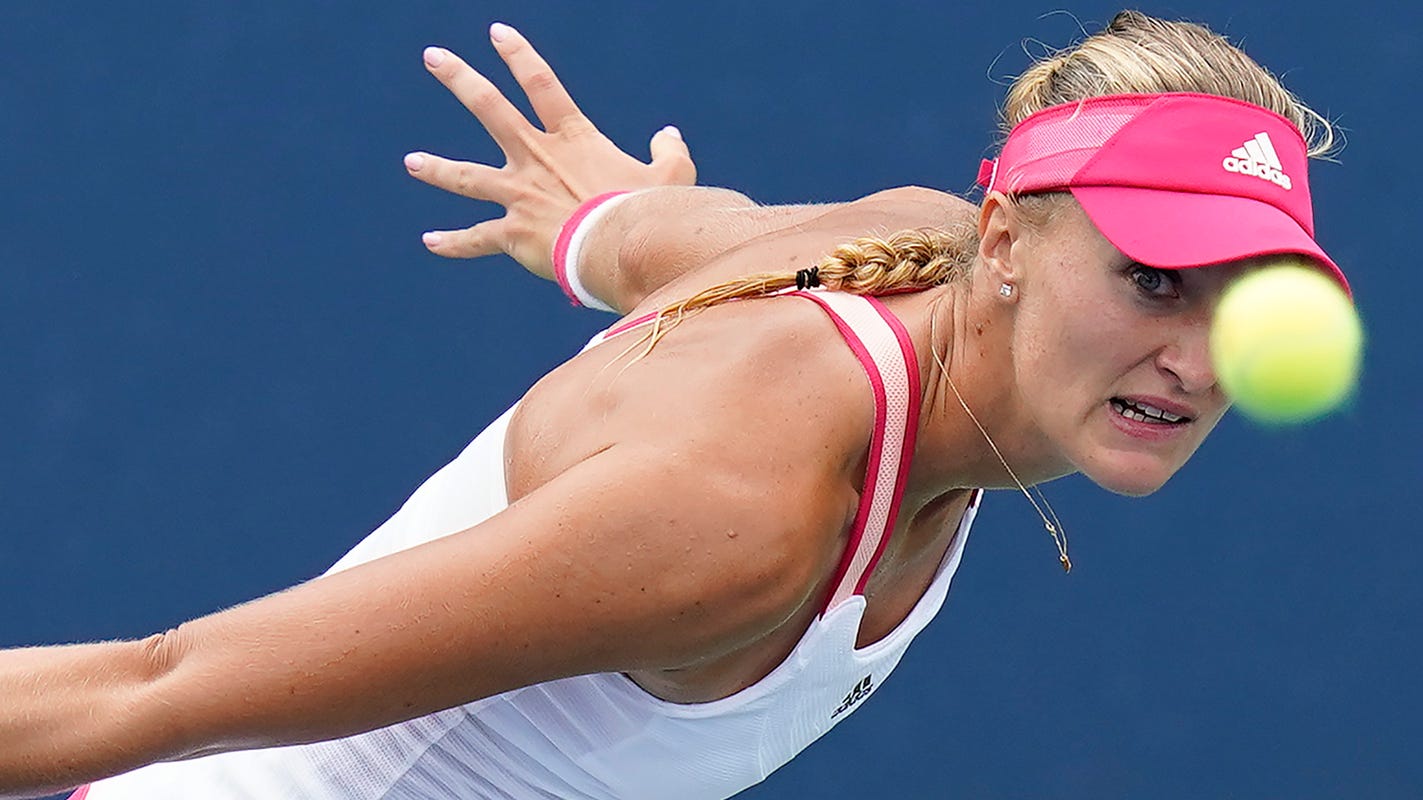 NEW YORK — Kristina Mladenovic and her partner, Timea Babos, have been dropped from the U.S. Open women’s doubles competition after Mladenovic was issued a quarantine notice by public health officials of Nassau County, New York.

The U.S. Tennis Association announced the withdrawal Saturday, saying it was “obligated to adhere to government guidance.”

Mladenovic was one of seven players placed under extra restrictions during the tournament after contact tracing determined she potentially could have been exposed to COVID-19 by Frenchman Benoit Paire, the only entrant to test positive.

This is an especially tough break for Mladenovic, who had been allowed to continue to compete in singles. She won in the first round but lost in the second round after blowing a 6-1, 5-1 lead. She later said: “It’s like we are prisoners, or criminals. For even the slightest movement, we have to ask permission even though we are tested every day and had 37 negatives. It’s abominable. The conditions are atrocious.”

The USTA says the new quarantine orders mean those players “identified as having prolonged close contact with the infected player will quarantine in their rooms for the remainder of their quarantine period.” It’s been called the “bubble within the bubble” or the “double bubble.”

Kristina Mladenovic, of France, has been quarantined for the remainder of the U.S. Open and is out of the women’s doubles. (Photo: Seth Wenig, AP)

The USTA statement in full:

“Public health officials of Nassau County, N.Y., have issued quarantine notices for all individuals who had prolonged close contact to a person who previously tested positive for the COVID-19 coronavirus. As the players are staying in Nassau County, the quarantine notices prevent any of these individuals from commuting to the USTA Billie Jean King National Tennis Center in New York City. The USTA is obligated to adhere to government guidance at the State, City and County level. All persons who were identified as having prolonged close contact with the infected player will quarantine in their rooms for the remainder of their quarantine period. Kristina Mladenovic is one of these individuals, and as the Women’s Doubles competition has begun, the women’s doubles team of Kristina Mladenovic and Timea Babos has been withdrawn from the US Open.”

On Friday, the men’s singles match between No. 5 Alexander Zverev of Russia and No. 32 Adrian Mannarino of France was delayed for nearly three hours as New York state health officials questioned whether Mannarino should play. Mannarino is one of the seven players who were required to quarantine. The match eventually took place, with Zverev winning in four sets as Mannarino fought a groin injury.

The U.S. Open health and safety plan is based on four pillars: a three-tiered personnel setup that minimizes interaction between groups; rigorous testing protocols and contact tracing capabilities; universal masking; and physical distancing. Each credential includes an RFID (radio frequency identification) code that enables health officials to trace where a person who might test positive has been, and who they might have been close to.