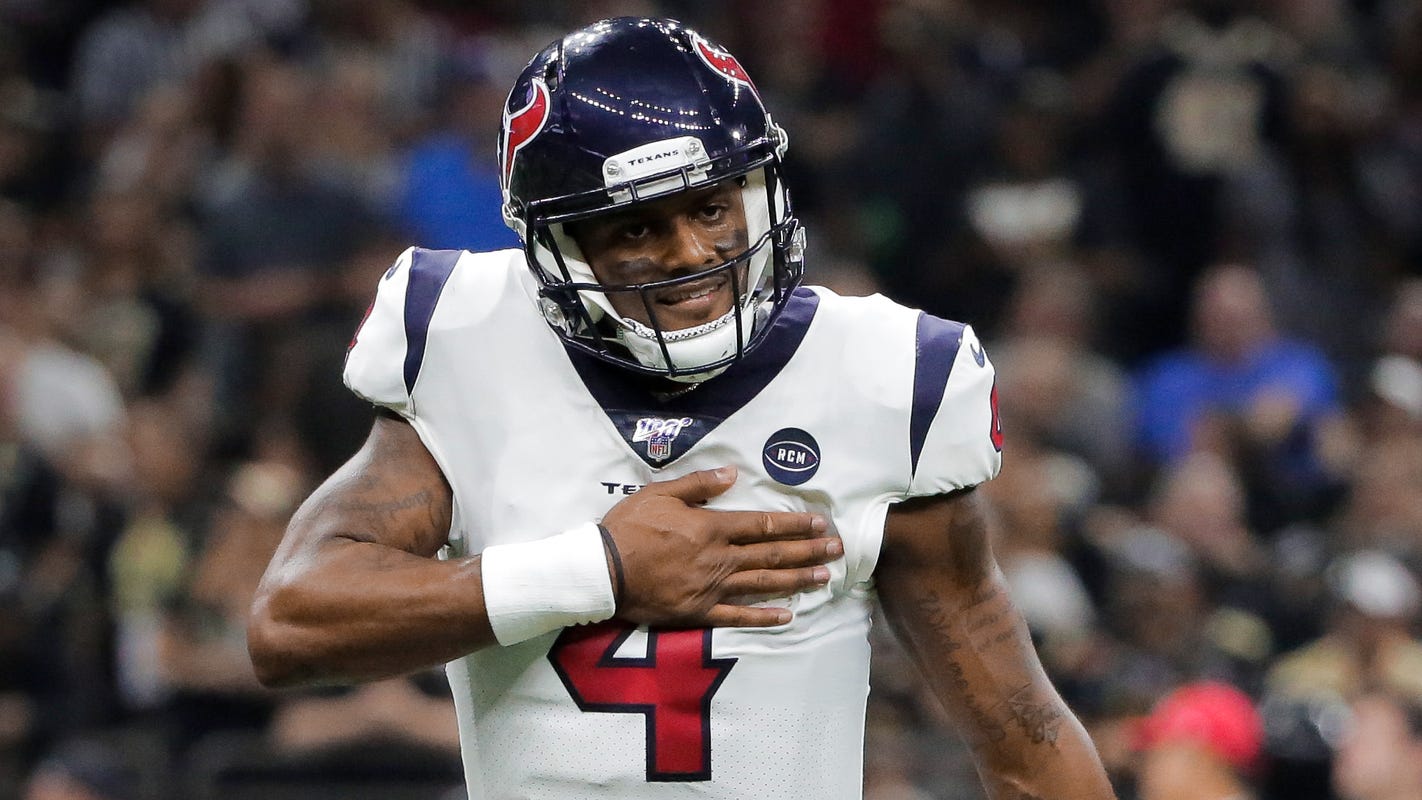 The Houston Texans achieved their goal of locking up quarterback Deshaun Watson to a long-term contract extension before the start of the season.

After holding discussions throughout the offseason, the two sides finalized negotiations on a four year deal that will pay Watson – a fourth-year quarterback and one of the most electrifying players in the NFL – a maximum of $160 million over four seasons. Watson’s deal comes with a $27 million signing bonus, two people with knowledge of the situation confirmed to USA TODAY Sports.

The people spoke on condition of anonymity because the Texans had not yet announced the agreement.

Both team officials and player had publicly stated their desire to hammer out a deal to preserve their union for the long term. They preferred to finalize the agreement before the start of the season. Now, five days before the Texans are scheduled to kick off the season at Kansas City, the two sides accomplished their goal.

The impact of this extension will extend beyond Watson and Houston. However, it does intensify the pressure on Texans brass.

What the deal means for Watson

The dynamic young quarterback gets a new contract that helps him accomplish a few very important things. Obviously, he has great financial security now and he gets to remain with the organization that drafted him 12th overall in 2017 and in a city that has heartily embraced him. Over the next four years, while earning that base average salary of $39 million, Watson will own the distinction of being the NFL’s highest paid player (until the next quarterback contract rolls along and noses him out anway). By getting the deal done now, Watson, who earned an average of $3.46 million a year on his rookie contract, avoids having to enter the 2021 season (the year in which Houston had already exercised the fifth-year option of his rookie contract) with uncertainty hanging over his head.

There will be no drawn-out negotiations. No frustrating franchise designations. No hurt feelings. Now Watson knows that he is tied to this organization until 2025, and he can focus entirely on continuing to elevate his game and his team.

Watson also has positioned himself for another highly lucrative deal and flexibility as he enters the prime of his career.

Because of his exceptional play, it’s easy to forget that Watson doesn’t even turn 25 until next week. So, this contract will expire before he even turns 30.

Unlike Patrick Mahomes, who earlier this offseason agreed to a 10-year deal, Watson preferred a shorter contract. The benefit: the length of this pact enables him to reassess his situation five years from now and either reset the market with another handsome contract from the Texans, or go elsewhere. So, Watson wins twice here.

What the deal means for the Texans

Houston keeps the face of the franchise in the fold, and as mentioned, avoids any contentious negotiations and the risk of losing him to free agency after next season.

But this deal also means that the Texans now have even more work to do.

It’s extremely important that management (general manager/head coach Bill O’Brien and his staff) don’t become complacent and count on Watson to mask all of their deficiencies. They have to do a better job of surrounding him with talent.

Their offensive line investments can’t stop at left tackle Laremy Tunsil, whom they inked to a three-year, $66 million contract extension this spring. The Texans must continue to bolster the line and better protect Watson, one of the most oft-sacked quarterbacks in the league over the last two seasons.

Houston also must be willing to spend on defense, where the unit last season ranked among the worst in the NFL in yards allowed and sacks registered. Far too often we see teams invest in quarterbacks, and then skimp on the investments elsewhere. Such an approach can’t happen if the Texans truly want to receive maximum return on their investment in Watson.

What the deal means for the market

Dallas Cowboys quarterback Dak Prescott is grinning from ear to ear right now. Why? Because he’s next in line. The record deals for Mahomes and Watson only have strengthened his case both when it comes to average annual salary and length of contract. For two offseasons now the Cowboys and Prescott’s camp have failed to reach an agreement on an extension for the two-time Pro Bowl passer. Prescott has maintained a desire to sign a four-year contract while the Cowboys have wanted to lock him up to a longer deal. Prescott also has argued that his worth is in the neighborhood of $40 million per year.

Watson’s four-year deal gives Prescott’s camp further ammunition, and his $39 million average salary reflects the continued inflation of the market. So, Prescott should wind up in that $39 million to $40 million range this coming offseason once his franchise tag expires and the Cowboys and his agent return to the bargaining table.

Other quarterbacks taking note: Lamar Jackson and Baker Mayfield whose rookie contracts expire after next season. Mayfield has work to do if he wants to join this elite company. However, if Jackson continues his upward trend, he’ll position himself to comfortably surpass Watson’s figures.

But that’s in the future. For now, it’s Watson’s time to bask in the fruits of his labor while aiming to further ascend the ranks of the league’s elite.

If there’s anyone that’s up for the pressure-packed challenge, it’s Watson. The money will not change him. He’s encountered so much adversity in his life – dealing with his mother’s life-threatening bout with cancer, working multiple jobs and raising his siblings as a teen while his mother was ill, coming back from torn ACLs twice – that he possesses the poise, and internal strength necessary to remain on task.

He’ll remain grounded while remaining unfazed by the heightened expectations that accompany his new wealth. And the big pay day will only further enable him to impact the lives of underprivileged members of his community, something that he’s deeply passionate about.

Meanwhile, the pressure now falls on the Texans to ensure that they further position Watson to deliver.