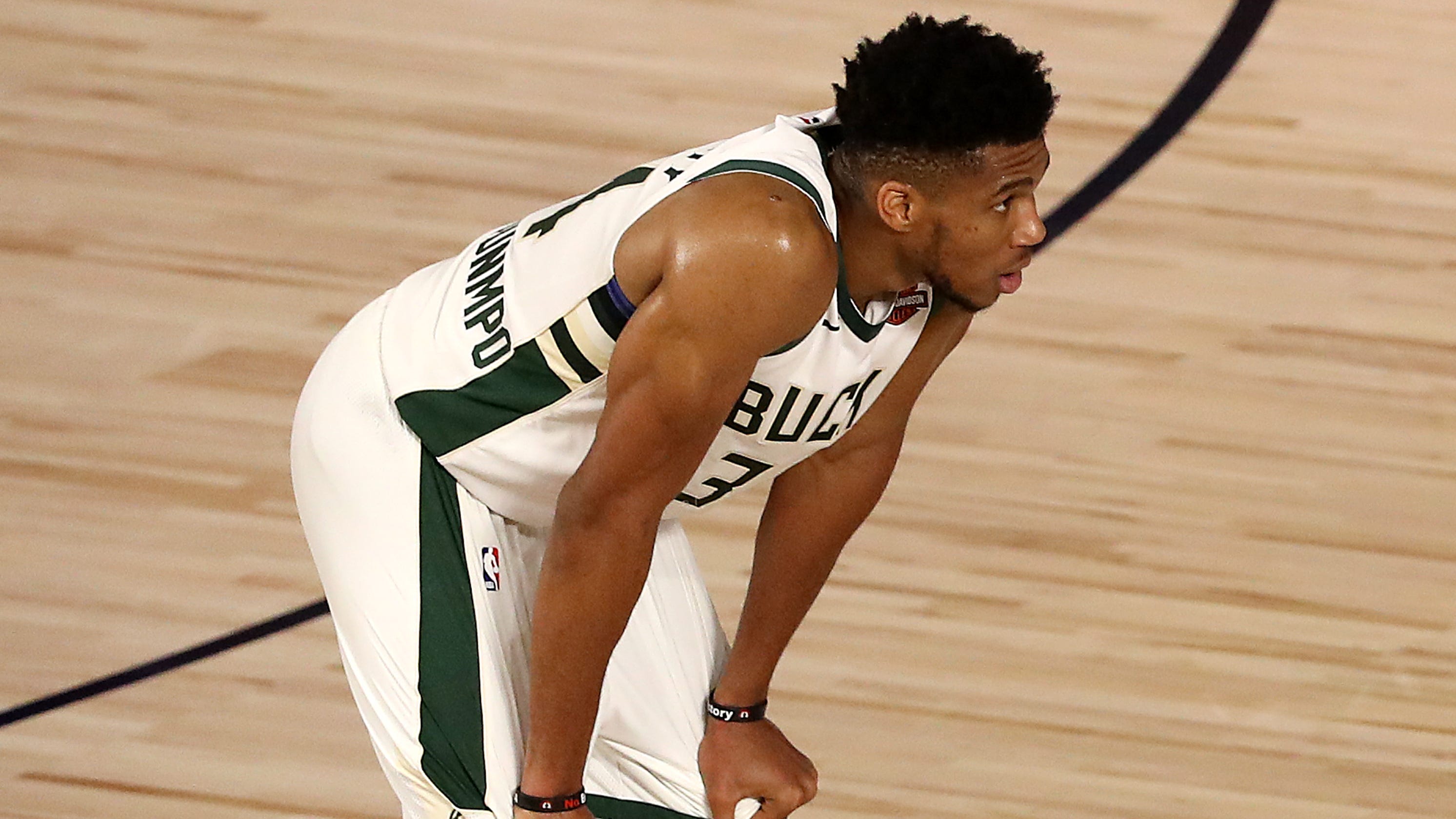 LAKE BUENA VISTA, Fla. — The review of the Milwaukee Bucks’ season as it is trending won’t be kind, and it won’t be easy.

For reasons that are obvious and for ones that aren’t so apparent, the Bucks in the bubble are not the same team that rolled through the regular season with a ruthless dominance offensively and defensively led by an equally ruthless performance from Giannis Antetokounmpo.

Those 56-17 regular-season Bucks aren’t here in central Florida, and time is running out to find them.

Their season isn’t over. Yet. But it’s headed that way.

Following Friday’s 115-100 loss to Miami, the Bucks trail the Heat 3-0 in their Eastern Conference semifinal series. No NBA team in 139 previous scenarios has come back from a 3-0 deficit to win a series.

While Antetokounmpo says if any team can win four straight after losing the first three of a series, it’s his Bucks, nothing that has transpired in this series indicates that will happen.

Miami has been better in all facets of the game, outplaying and outcoaching Milwaukee, and by outscoring the Bucks 40-13 — a playoff record for fourth-quarter margin — including 17-1 in the final 4:20 of the fourth, the Heat demoralized the Bucks.

It is difficult to measure what the COVID-19 hiatus did to the Bucks. They are struggling in ways offensively and defensively that we didn’t see in 65 regular-season games through March 11. Milwaukee was on pace for 66 or 67 victories before the virus suspended the season.

When the season resumed, Milwaukee was 3-5 in seeding games, lost Game 1 to Orlando in the first round and have been flummoxed by Miami in this series.

The Bucks also dealt with the police shooting of Jacob Blake, a Black man, in Kenosha, Wisconsin, just 40 miles south of Milwaukee. Players around the league were wounded, but the Bucks were particularly hurt. They declined to play Game 5 against Orlando, and the remainder of the NBA season was in jeopardy.

“If there’s a team that can beat a team 4 straight it can be us. We just have to believe in ourselves.” pic.twitter.com/OGKrzu65b1

The impact on players is immense, and though we love to say athletes can compartmentalize, their fight for racial justice and equality is bigger than basketball and in the constant spotlight.

None of that is to sell Miami short. Heat coach Erik Spoelstra has developed a marvelous game plan that prevents Antetokounmpo from having his way.

Antetokounmpo twisted his ankle in Game 3, and he may be playing with an injury, though he refused to pin his performance on that.

Mike Budenholzer’s regular-season philosophy has not translated to postseason success. In what amounted to a must-win on Friday, he refused to play Antetokounmpo and fellow All-Star Khris Middleton more than 36 minutes when he needed his best players on the court for at least 40.

This isn’t all on Antetokounmpo, but if your MVP isn’t playing like one and Miami has a defensive scheme designed to limit him, it’s difficult to win.

Milwaukee gives up 3-point shots, and Miami has converted. The Heat outscored the Bucks 54-33 on 3s in Game 3 and have outscored them 141-102 on 3s through three games. That isn’t an anomaly either. Miami was one of the best 3-point shooting teams this season.

Miami’s Jimmy Butler, who has been the best player in the series, scored 17 of his 30 points in the fourth quarter Friday, and Milwaukee’s once-stellar defense had no answer for him. In the final 4:20 of the game, the Heat outscored the Bucks 17-1, and the Bucks were 0-of-10 from the field, including 0-of-7 on 3s.

That’s part of the answer. But the other part is figuring out what Miami is doing and finding answers to it. There’s no evidence yet that’s going to happen.