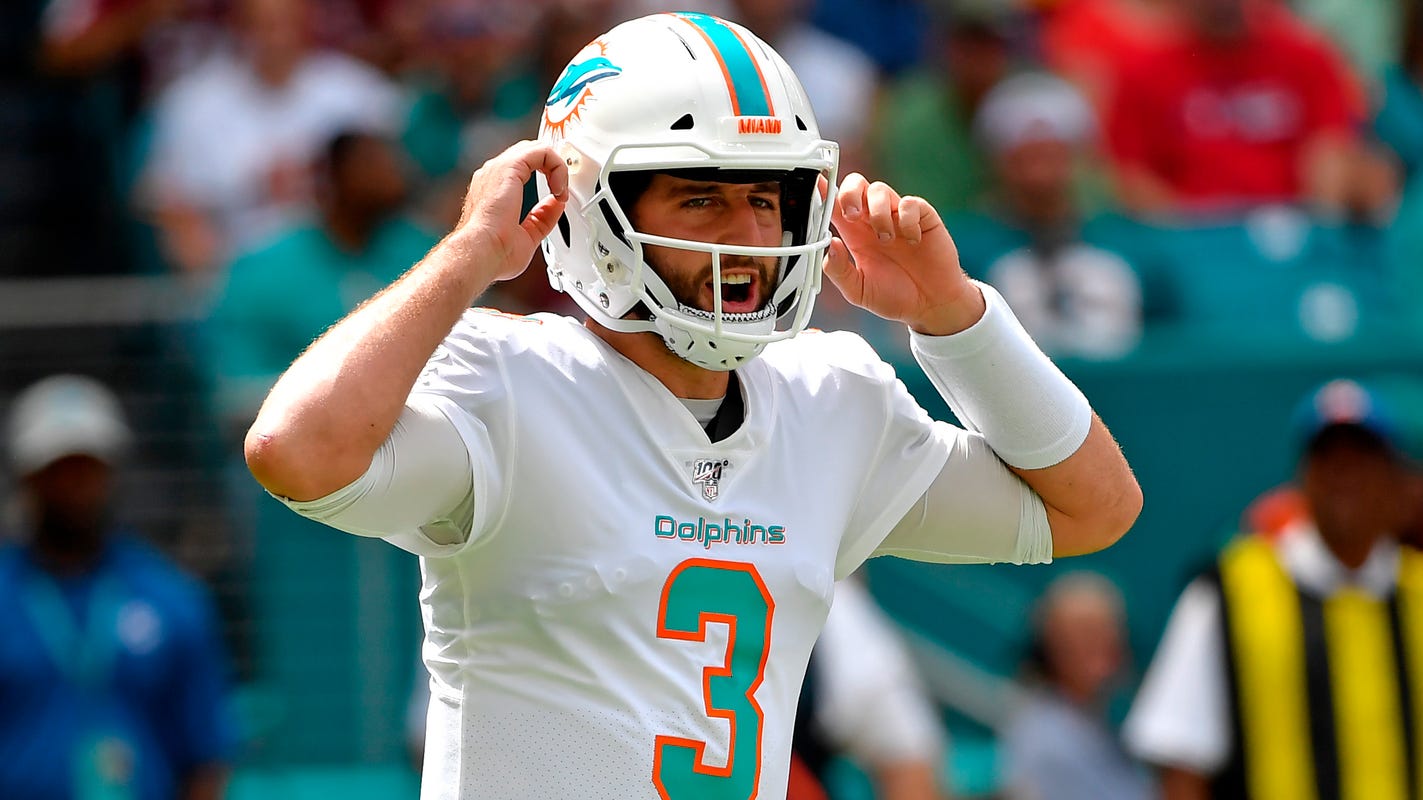 DAVIE, Florida — The Miami Dolphins are planning to release quarterback Josh Rosen after failing to find any takers in a trade, a league source said Friday.

First, the Dolphins were most comfortable with a less crowded quarterback room that includes Ryan Fitzpatrick as the starter, mentoring Tua Tagovailoa as the successor.

Second,the Dolphins feel good enough about Tagovailoa’s health that if necessary he could enter the season-opener at New England in just nine days.

This is a stunning fall for Rosen, the former 10th overall pick. Just over a year ago, Miami sent second- and fifth-round picks to Arizona for Rosen, and it just didn’t work out.

The Dolphins always viewed it as a flier, knowing there was a good chance they would still select a first-round quarterback in the last draft. They selected Tagovailoa with the fifth overall pick.

ROSTER CUT TRACKER: Which notable veterans are out?

Rosen showed some progress early in camp but never appeared to demonstrate the accuracy, timing, decision-making or leadership skills required of a franchise quarterback.

Rosen will likely be joining his third franchise in three years. Rosen, 23, is 3-13 as a starter, including 0-3 with the Dolphins.

Recently, coach Brian Flores stated that there would be discussions about if Tagovailoa was physically ready to be active on game days, presumably as the backup to Fitzpatrick.

It certainly seems as if the question has been answered. Miami must feel that 10 months since a fractured and dislocated hip, Tagovailoa has healed to the point that there is no reason to hold him back whenever he’s ready to take over for Fitzpatrick.

It was telling that before last season even started, Flores was suggesting Rosen could stand to show some better body language on the field. It just never felt like Fitzpatrick took to Rosen the way he already has to Tagovailoa.

It was also telling when Flores elected not to start Rosen when the team was 3-11 last season. When pressed, Flores said, “You’re not in the trenches.”

Miami is moving on without Rosen anywhere near their trenches.

Rosen possesses the strongest arm of the group, but it just seemed like he wouldn’t read defenses quickly enough. Rosen also didn’t come close to generating the gravitas in Miami’s locker room that Fitzpatrick quickly did.

The Dolphins could add a quarterback like Jake Rudock, who has visited recently and was with the Dolphins last season, as a more typical third quarterback.

Rosen was on a team-friendly rookie contract. It seems surprising, but is also telling, that no team stepped forward to trade even a late-round pick for him.

Rosen had no long-term future with the franchise, but it seemed defensible to keep him on the roster as injury and virus-related insurance for Fitzpatrick and Tagovailoa.

In the end, the Dolphins simply felt it was better to admit the error, cut bait and go on without Rosen on the roster.