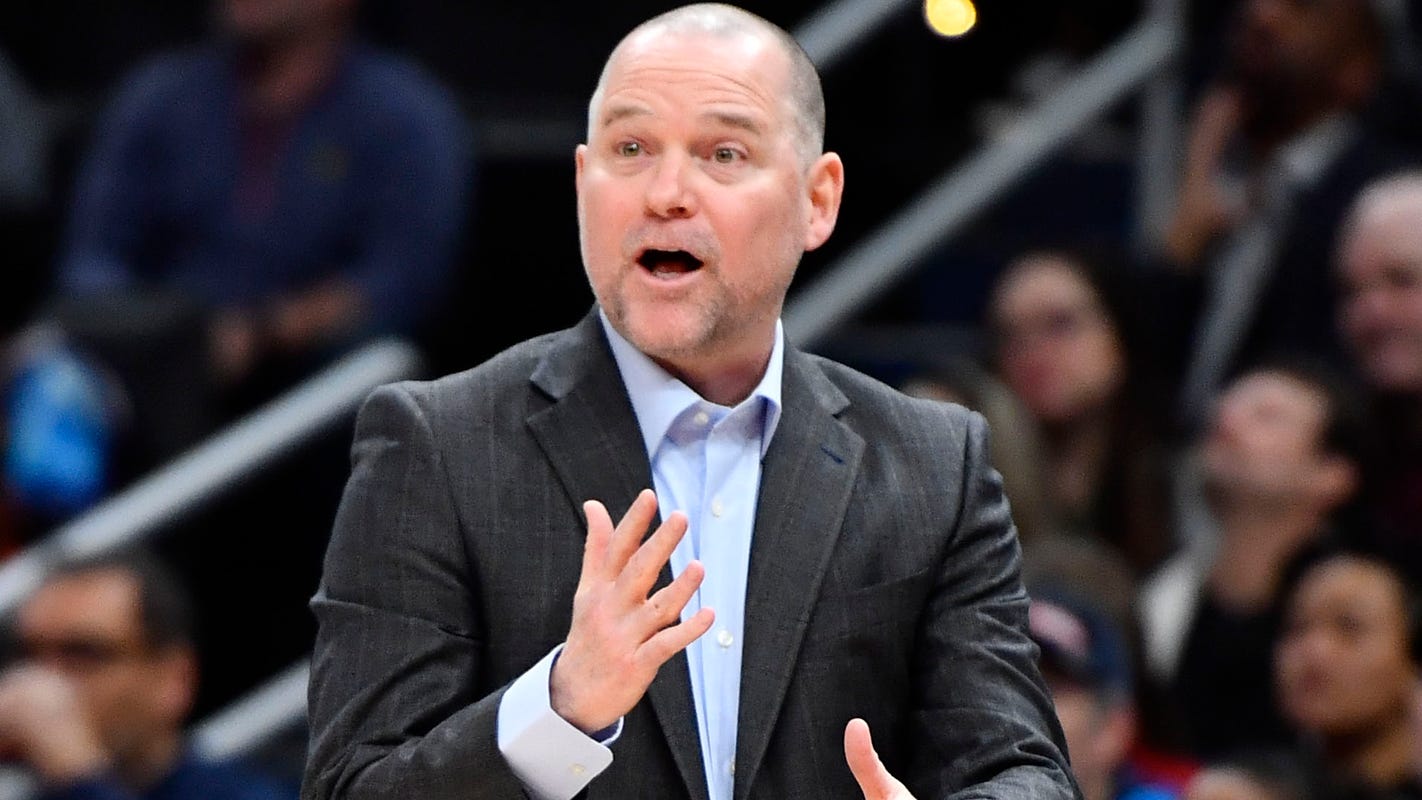 LAKE BUENA VISTA, Fla. – Denver Nuggets coach Michael Malone has kept track of the days his team has been at the Disney campus in central Florida for the NBA restart.

After the Nuggets beat the Jazz in Game 7 on Tuesday, he mentioned it was the 57th day. Friday marked 60 days – two months – in the bubble, and Malone vented his frustration about the NBA’s guest policy.

He was asked about staying at the same hotel as another team and the unique circumstances of the bubble.

“First, I’m going to say something that has nothing to do with your question,” Malone began. “This is day No. 60, and the reason I bring that up is because the players have their families here, which they deserve. It’s the right thing to do. The referees are allowed to bring one guest, which is great for the referees. The coaches are not allowed to bring anybody. I say shame on you, NBA.

“This is crazy. I miss my family, and I think I speak for me, I speak for my coaches and probably all the coaches down here. Sixty days and not having access and not being granted the privilege to have my family come here, to me, is criminal in nature and that shouldn’t be at all, so I wanted to get that off my chest.”

According to the NBA’s health and safety protocols, teams that advance past the first round of the playoffs can reserve guest rooms that match the team’s roster size. A player can determine anyone a guest so long as that person is not a certified agent. Most of the players’ guests are wives, girlfriends and their children. Players can invite only one guest to a game, though they are allowed to bring small children. Referees are allowed to bring one guest.

Families of the players began arriving within the past week, and they also had to quarantine before seeing players. Guests must follow specific guidelines such as social distancing, wearing face coverings, remaining in rooms and refraining from interacting with other individuals who are not family members.

Malone has often talked about the challenges of being away from home, and even before the Nuggets left for the Orlando, Florida, area, he said he hoped the league would reconsider its guest policy

Miami Heat coach Erik Spoelstra, who has two young children, including a son who was born in December at home with his wife, has mentioned often how much he misses his family while acknowledging he understands the circumstances.

The Nuggets trail the Los Angeles Clippers 1-0 in their Western Conference semifinals series. And Malone wasn’t happy about the 120-97 loss on Thursday either.

“As the game wore on, especially in the third quarter, we just came down and jacked quick shots and took too many – we were one for 11 for threes in that quarter – instead of moving the ball, moving bodies,” Malone said, “and that’s what you have to do against a good defensive team. You just can’t come down and run random offense and jack up shots because you’re going to hurry to an (expletive) kicking, which is exactly what happened.”