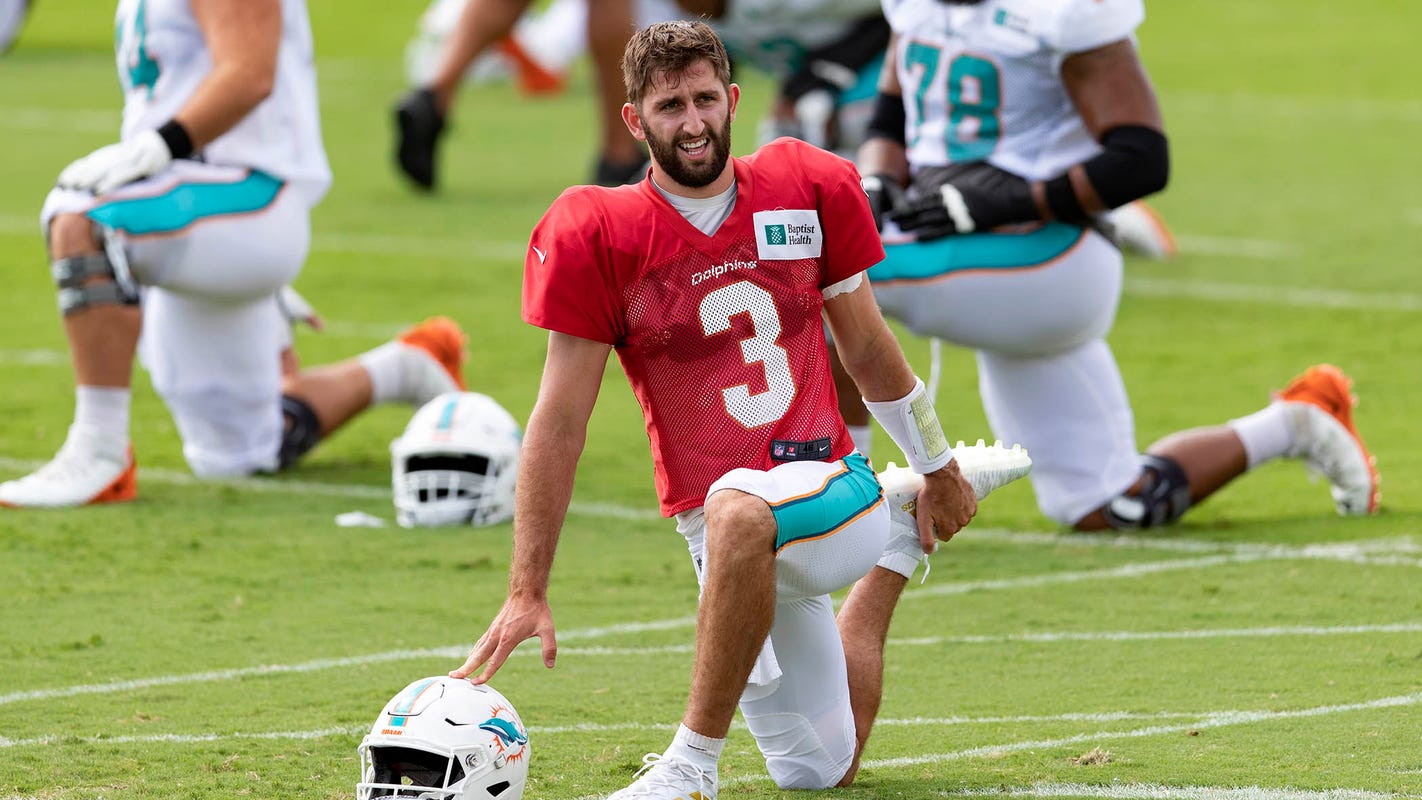 ESPN’s Adam Schefter reported Thursday that Rosen could be traded this weekend.

The Palm Beach (Florida) Post confirmed that the Dolphins are open to making a deal. Saturday is the deadline for NFL teams to trim rosters to meet the 53-man limit.

“As far as the rumors about Josh, I think it’s the day before cut-down day, and I think there’s a lot of names that are floating around, and we’re fielding calls left and right,” Flores said of GM Chris Grier. “I know Chris is, about Josh and probably a handful of other players, and I think that’s the case across the league.”

The Dolphins sent Arizona second- and fifth-round draft picks for Rosen last year in the hopes he would be a long-term solution at quarterback, but he failed to win an open competition with Ryan Fitzpatrick.

Now, if the Dolphins send Rosen, 23, packing, it would be with confidence that Tua Tagovailoa, the fifth-overall pick, is prepared to step in on a moment’s notice if needed.

“As far as Tua, no decisions have been made,” Flores said. “We’re going to go out here and practice today and make the decisions on the roster tomorrow.

“Yeah, we’re fielding calls on everybody. Not everybody, but on a handful of players and I think every team is doing the same thing.”

OPINION: Look for trade, but don’t give Rosen away

DOLPHINS: Why Miami is attempting reboot with TE Adam Shaheen

“Josh has competed,” Flores said. “Josh has made some great throws. Josh is — I think he’s gotten better over the course of training camp. So that’s where we are with him.”