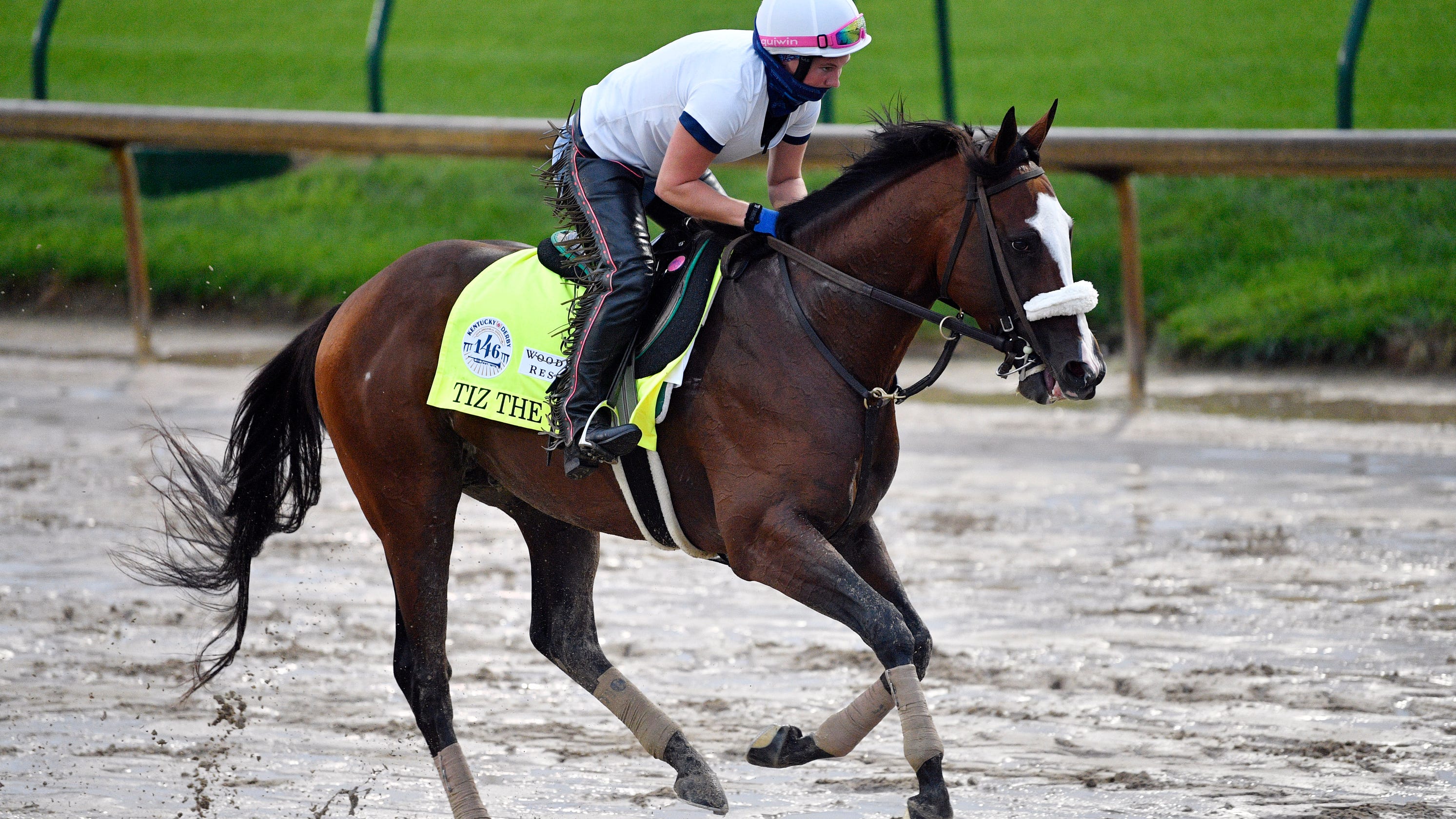 Kentucky Derby to include controversial anthem, ‘My Old Kentucky Home’

Churchill Downsannounced Friday it will play the controversial anthem “My Old Kentucky Home” at the 146th Kentucky Derby on Saturday.

Steve Buttleman, Churchill Downs’ longtime bugler, will perform “My Old Kentucky Home” with no lyrics ahead of the race.

The song, written in 1853 by Stephen Foster, is a Kentucky slave’s lament about being sold down the river. For years, people have expressed concerns over the anthem and said Churchill Downs should not play it, especially against a backdrop of racial justice protests being held across Louisville and the country. In the song, inspired by the novel “Uncle Tom’s Cabin,” a slave is saying goodbye to Kentucky to face abuse and toil in the “land where the sugar canes grow.”

“The 100-year tradition of singing the state song of Kentucky has been thoughtfully and appropriately modified and will be preceded by a moment of silence and reflection,” a spokesperson for Churchill Downs wrote on Twitter Friday.

The controversial anthem, “My Old Kentucky Home” will be performed without lyrics before the Kentucky Derby. (Photo: Jamie Rhodes, USA TODAY Sports)

Track officials had said in an earlier statement, “we recognize that people in our community and across our nation are hurting right now. The atmosphere of the Kentucky Derby will be different this year as we respond to those calls for change. This will be a Derby unlike any other. As it should be.”

With few exceptions, the University of Louisville Cardinal Marching Band has performed “My Old Kentucky Home” every year since 1936. If this were a typical year, the 200-piece band would play the Kentucky state song in front of a crowd of more than 150,000. But there will be no fans in the stands due to the coronavirus pandemic, and nothing about this Kentucky Derby is normal.

Several local protesters told The Courier Journal they wanted Churchill Downs to cancel the race altogether as a statement against police brutality and the Louisville police officers who fatally shot Breonna Taylor, an unarmed Black woman who was killed at her apartment in March.

Amy Acklin, director of the University of Louisville Cardinal Marching Band, said she knows the song is controversial and that “we should be able to engage in thoughtful dialogue about this topic. But let’s keep in mind this is the state song, and that conversation needs to be led by the governor’s office.”

Acklin previously told The Courier Journal that the crowd singing “My Old Kentucky Home” was “powerful.”

“At first the crowd sings very softly, but then the sound begins to build and the moment they hit the chorus ‘Weep no more my lady,’ tens of thousands of voices all come together, and it is unbelievably powerful,” she said.

Acklin was told by Churchill Downs in late August that due to the COVID-19 pandemic, the racetrack would not allow the band to perform for health and safety reasons.

Earlier this year, when the Derby was rescheduled from the first Saturday in May to the first Saturday in September, the Marching Cards, along with members of other university and college marching bands from across Kentucky, performed a virtual “My Old Kentucky Home” on May 2, the original date of the race.