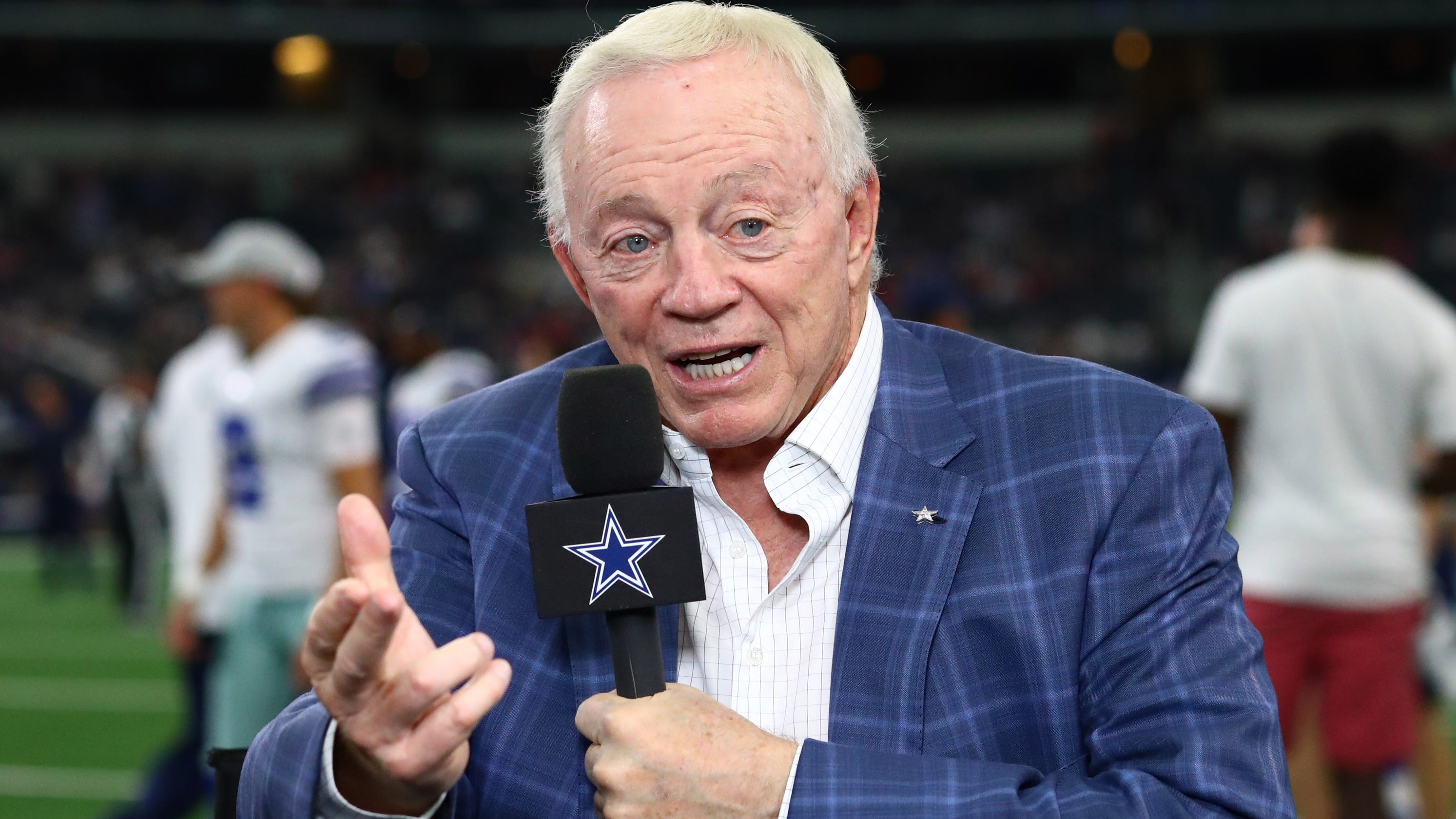 Sports Pulse: Nancy Armour on why team owners need to get engaged in social issues

Dallas Cowboys owner Jerry Jones has shifted his tone regarding players protesting during the national anthem.

The owner who long told his players to stand “toe on the line” at attention during the anthem — to show unity and approach the anthem with a single team response — acknowledged Friday that his players’ opinions are diverse. He urged fans to respect that.

“That’s the great thing about America: Everybody has a difference,” Jones said Friday morning on Dallas radio station 105.3 The Fan. “If our players are there, they are sensitive to and respect what America is as it relates to the flag. I’ll assure you that. I’d hope that our fans — and I think they will — understand that our players have issues that they need help on. They need help from the majority of America.

With Jones’ previous hardline stance, no Cowboys player has kneeled during the national anthem in the four years since Colin Kaepernick sparked a wave of players on NFL sidelines before kickoff protesting racial injustices and police brutality.

But Cowboys quarterback Dak Prescott strengthened his stance earlier in the week that his teammates should have the right to express themselves as individuals. “To force your opinion and your perceptions on somebody,” Prescott said, isn’t what America needs in 2020.

“Right now, it’s about listening,” Prescott said. “We’ve heard Mr. Jones talk about grace and sharing grace and having grace with players in what they want to do. If I had it my way, that’s exactly what we’d do is express ourselves individually but love and support one another collectively.”

Dak Prescott believes Cowboys can express themselves as individuals while supporting each other collectively.

Dak: “We’ll all be working toward a common goal—which, in the game of football, is winning. But in life, I think it’s love and equality.” pic.twitter.com/YQayW6DaEl

Defensive tackle Dontari Poe, whom Dallas acquired in free agency this offseason, has said he intends to kneel during the anthem. Other players have indicated interest in showing solidarity with victims of injustice, though most said in August they hadn’t decided how they would indicate that solidarity. Action is key, players said. But speaking their mind is important to many as well. Defensive lineman Tyrone Crawford said Thursday that players have received a “green light” to further those conversations.

“To feel however we’re feeling, express how we’re feeling and say whatever we need to say,” Crawford explained that green light. “Also just trying to find something that’s going to make a boom, is not just going to be something people look at one time and kind of just swipe by like, ‘Oh, that’s great, the Cowboys did that,’ then swipe by.

Jones reiterated Friday the power of the Cowboys’ platform and his wish that they maximize their visibility to spur progress. The Cowboys, along with teams across the NFL and professional sports, are increasingly discussing issues of discrimination and social justice in formal settings. Coach Mike McCarthy convened a team meeting in the days after the shooting of a Black man, Jacob Blake, by a white police offer in Kenosha, Wisconsin. Nine NFL teams canceled practices in the aftermath to strategize maximizing their platforms and mobilizing toward change.

During the Cowboys’ meetings, players say they discussed the importance of voter registration, potential initiatives for the team to help underserved North Texas youth and how teammates across the racial spectrum can best support each other in sensitive times. Offensive tackle Cam Erving told reporters about racial discrimination he’s experienced, including police handcuffing him when he was pulled over for speeding, and a driver at a Tennessee gas station shouting a racial slur at Erving about 18 months ago. McCarthy’s message to players in meetings: As a white man, he’s working to better listen and understand.

Jones implored fans to remember that plea for help, insisting he expects no backlash regardless of how Cowboys players address the anthem on Sept. 13, during the christening game at Los Angeles’ SoFi Stadium on Sunday Night Football.

“We all do understand where I stand relative to the national anthem and the flag,” Jones said. “On the other hand, I really do recognize the times we’re in. I recognize the ability of the Cowboys to use the visibility and interest we have to support the players. And so as I said earlier, we’ll come down in a way that gives us a chance to move the ball forward, move the ball positively forward. How can we be as effective as we can maximizing the visibility of the Dallas Cowboys?”

The answer, Jones continued, is seeking a balance.

“We’ll do it by showing grace to the millions who are sensitive that the flag is the best of the America,” Jones said. “The flag is a symbol of that. We also recognize the times we’re in and the need for social justice.