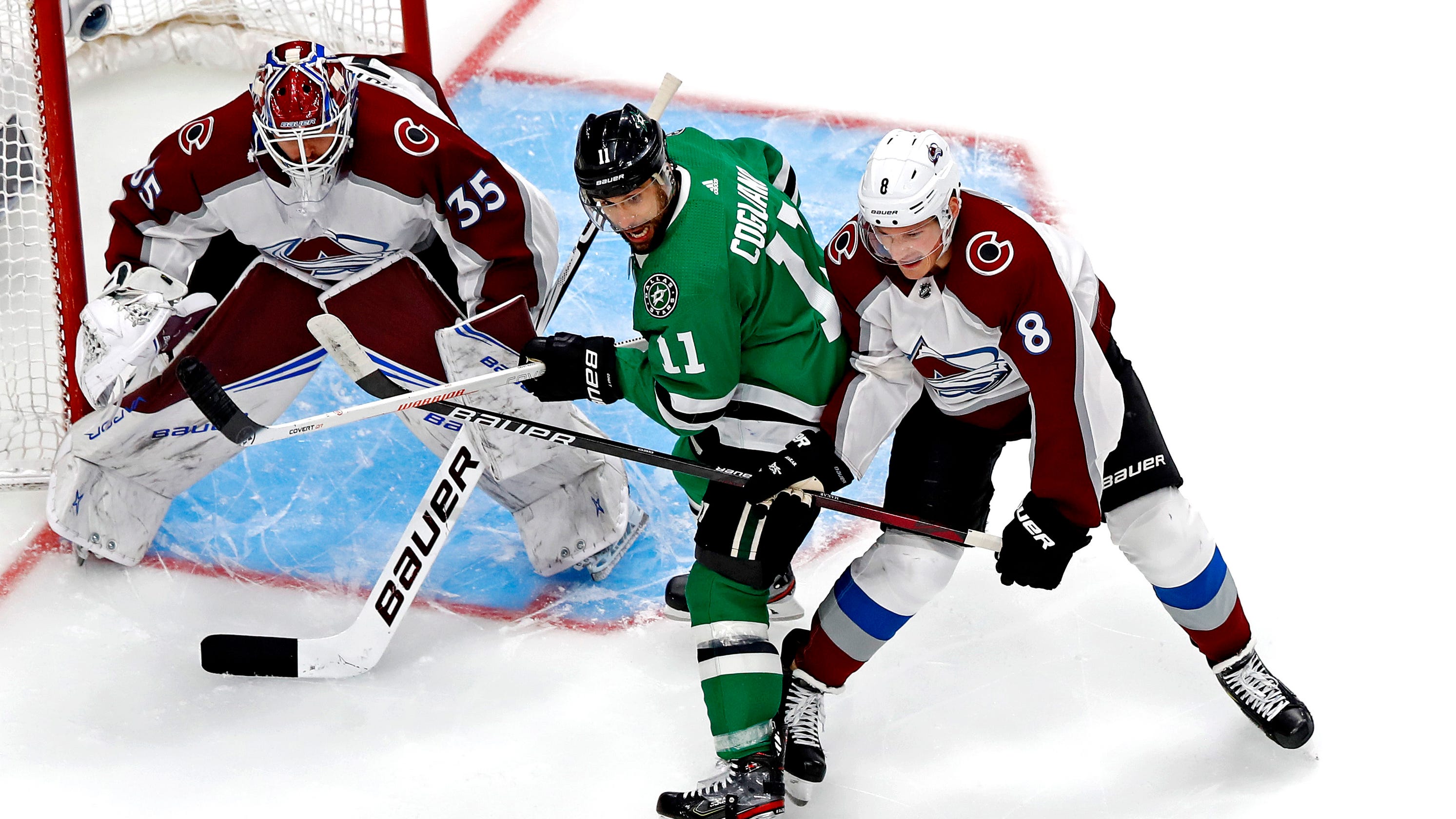 Game 7. The most wonderful words in hockey – and maybe in all of sports.

And we get two of them Friday as the Colorado Avalanche and Dallas Stars meet in the first Game 7 (4 p.m. ET, USA) of these playoffs, followed by the Vegas Golden Knights and Vancouver Canucks (9 p.m., NBCSN). These will be Game 7s unlike any other, as they will be staged on the same ice on the same day and without fans, the games taking place in the Edmonton, Alberta, bubble.

Both the Avs and Stars lost Game 7s in last year’s playoffs, the Avalanche falling to the Sharks in San Jose and the Stars suffering a double-overtime defeat in St. Louis to the eventual champion Blues.

The Golden Knights played in a wild (and highly controversial) Game 7 last year in the first round, falling in overtime to the Sharks in San Jose. The Canucks have not faced a Game 7 since being shut out by Tim Thomas and the Boston Bruins in the final game of the 2011 Stanley Cup Final.

Will Colorado complete the rally out of a 3-1 deficit, or will the Stars hold on and advance to the conference finals for the first time in 12 years? Can the Canucks also complete the rally from 3-1 down against a Golden Knights team that blew the same lead in a series a year ago?

Mike Brehm: Avalanche 4-2. I predicted the Avalanche would win the Stanley Cup, but I would pick them regardless in this game. They have the momentum after two wins in a row, no one has been able to keep Nathan MacKinnon off the scoresheet and goalie Michael Hutchinson has played well in his first two playoff starts. The status of captain Gabriel Landeskog (cut leg) will be a key, but Colorado has weathered other injuries this series.

Jace Evans: Avalanche 3-1. The past two games, Colorado has looked like the strong offensive team we expected to see this series, pumping 10 goals home against the Stars. While Dallas’ defensive approach could serve well in the pressure-cooker that is Game 7, the Avs are simply deeper – 13 skaters recorded at least a point in Game 5. Even if Grabriel Landeskog can’t go, the other two-thirds of Colorado’s lethal first line should be ready.

Jimmy Hascup: Avalanche 5-3. This series has been closer than I anticipated, and even though the Stars have generally exceeded expectations offensively, the Nathan MacKinnon-Mikko Rantanen combination for the Avalanche has been lethal, and Cale Makar is a game breaker on defense. Can third-string goalie Michael Hutchinson keep up his strong play for a third game in a row? That will be the difference.

Brehm: Golden Knights 3-1. My earlier argument of momentum and hot goalie would seem to favor the Canucks. But the Golden Knights’ greater depth will pay off as the teams have to play on consecutive nights. Vegas will have the last line change and will find a way to get a puck past Thatcher Demko. The Golden Knights don’t want to blow a 3-1 series lead in back-to-back years and Vegas’ Peter DeBoer won two Game 7s last year as coach of the Sharks.

Evans: Golden Knights 5-2. Can Thatcher Demko keep the Jaroslav Halak impression up? The 24-year-old Canucks goalie’s performance the past two games has resembled what Halak did in the 2010 playoffs, as Demko has stopped an astounding 90 of 91 shots on goal since stepping in for Jacob Markstrom. So why am I picking Vegas still? Because Vancouver has only managed 39 shots on goal the past two games. A 52-shot disparity in pucks on net suggests Vegas is a much better team, and while a hot goalie is the great equalizer in hockey, I expect the Golden Knights to find a way to get some pucks past Demko.

Hascup: Golden Knights 4-2. The series has been a disappointment for the Golden Knights because they have generally been the better team throughout — controlling play and generating more scoring chances and high expected goals for tallies in each game, per Natural Stat Trick. They just have not been able to score enough and goalie Robin Lehner has been inconsistent. They will put it all together Friday.