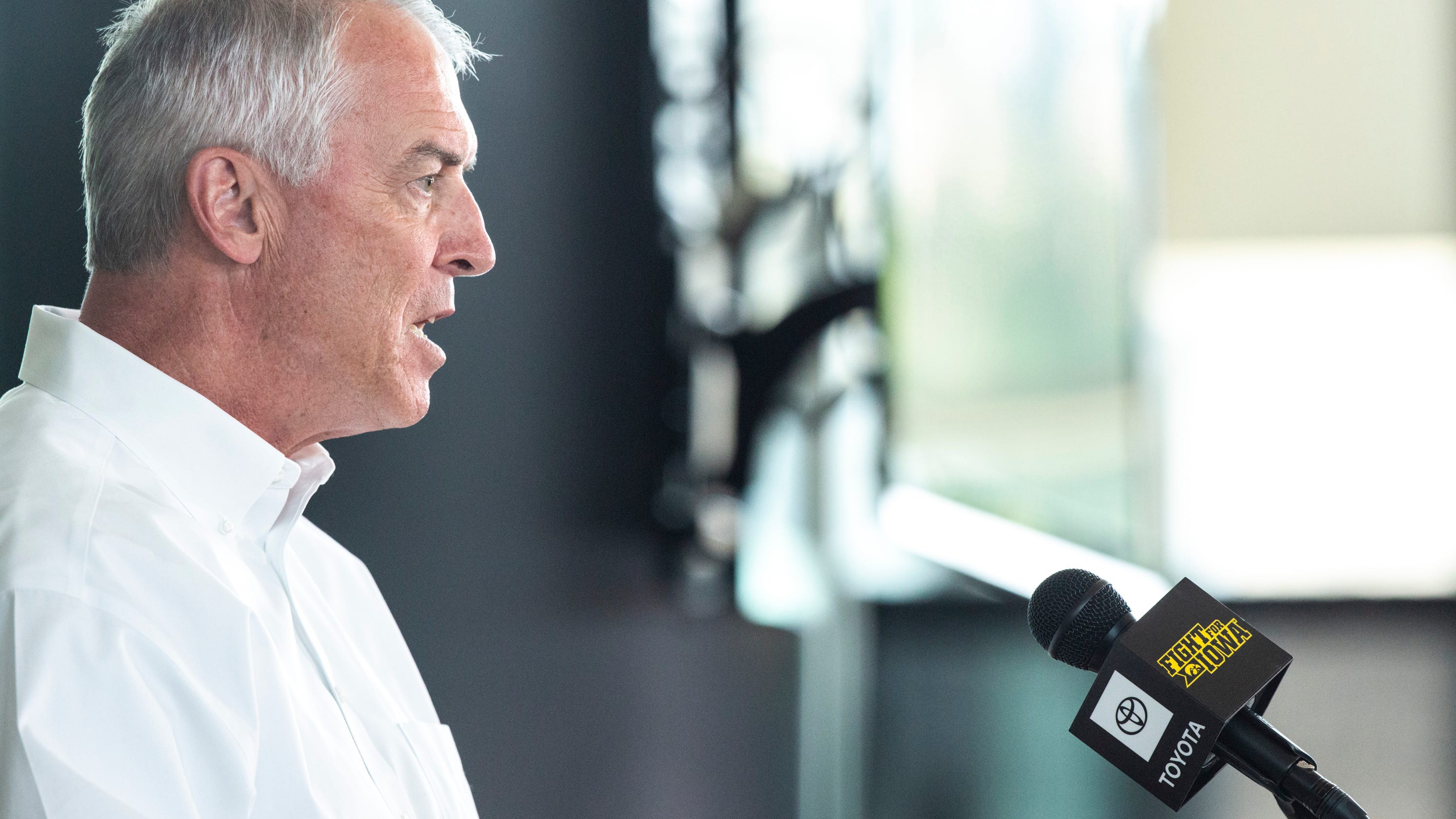 USA TODAY Sports’ Paul Myerberg breaks down the state of college football in 2020.

IOWA CITY, Ia. — Iowa athletic director Gary Barta said Thursday he’s gaining optimism that the Big Ten Conference can safely resume athletic competition before the new year, but said there would need to be a “miracle” in order to start a football season next month.

“If a miracle was handed to us today and said, ‘If you take this vaccine, you won’t get COVID,’ yeah, I suppose you could come up with a scenario where you could play in October,” Barta told reporters. “I don’t know between that miracle and where we are right now, whether or not we could get that done. I’ll wait and see what the medical group comes back with and then it will ultimately be up to the college presidents to evaluate that.”

On Aug. 11, the Big Ten announced it was canceling its fall football season due to safety concerns related to the ongoing pandemic.

Barta said Wisconsin athletic director Barry Alvarez is leading a committee to come up with a new schedule, with various options for a winter or spring season. But there is a push, particularly from the parents of players, to start much sooner than that, with national sports-radio host Dan Patrick indicating this week that an Oct. 10 start date was under discussion.

That would require a vote by the Big Ten’s 14 presidents and chancellors, Barta pointed out, and he is not aware of any such vote being scheduled.

In addition, Barta’s own Hawkeye athletes are taking a hiatus from practicing this week after the latest round of COVID-19 testing revealed 93 positive cases among athletes and coaches. Eleven of those were Iowa football players. It is improbable that Iowa could be ready to play a football game in just five weeks.

“I feel better today than I did maybe a month ago, but I know we’re not there yet,” Barta said about a return to play in the Big Ten. “Until I hear something that I know is going to convince the ADs and the presidents that we can go forward, I won’t say too much until I see it.”

It begins: Ranking the best college football games of Week 1

Barta said Big Ten athletic officials are talking daily about what it will take to hold a winter sports season, let alone reschedule the fall competitions that have been canceled. Discussion centers primarily around medical concerns, including access to COVID-19 testing, a common protocol for quarantining athletes who contract the new coronavirus, and what the long-term impacts of the disease are on the heart and lungs.

“There’s never going to be a no-risk environment … in sport,” Barta said. “But having a level of comfort that the medical issues have been addressed and been mitigated enough that our conference is ready to move forward” is the next step.

The PAC-12 announced Thursday that it has a plan for daily testing of all its athletes, a significant breakthrough.

And it’s news like that that gives Barta confidence that the Big Ten might not need to wait until January to resume athletic competition, which hasn’t occurred among member schools for six months. Meanwhile, three other Power 5 conferences — the ACC, Big 12 and SEC — are on track to begin a football season next week.

“I’m encouraged by some of the things I’m hearing that might allow us to start sooner than second semester,” Barta said. “We all want to play as fast as we can safely.”

Barta said the decision to stop all Hawkeye practices was made after seeing “a significant spike” in positive COVID-19 cases in Johnson County since school resumed Aug. 24. His athletes became part of those numbers, but he believes they are in safe hands when inside Iowa’s sports facilities.

“I’m very comfortable and confident in our testing and our daily screening and our facility management,” Barta said.

“We’re working now with our doctors and our trainers to come back as soon as possible, which we’re certainly hopeful will be next week.”