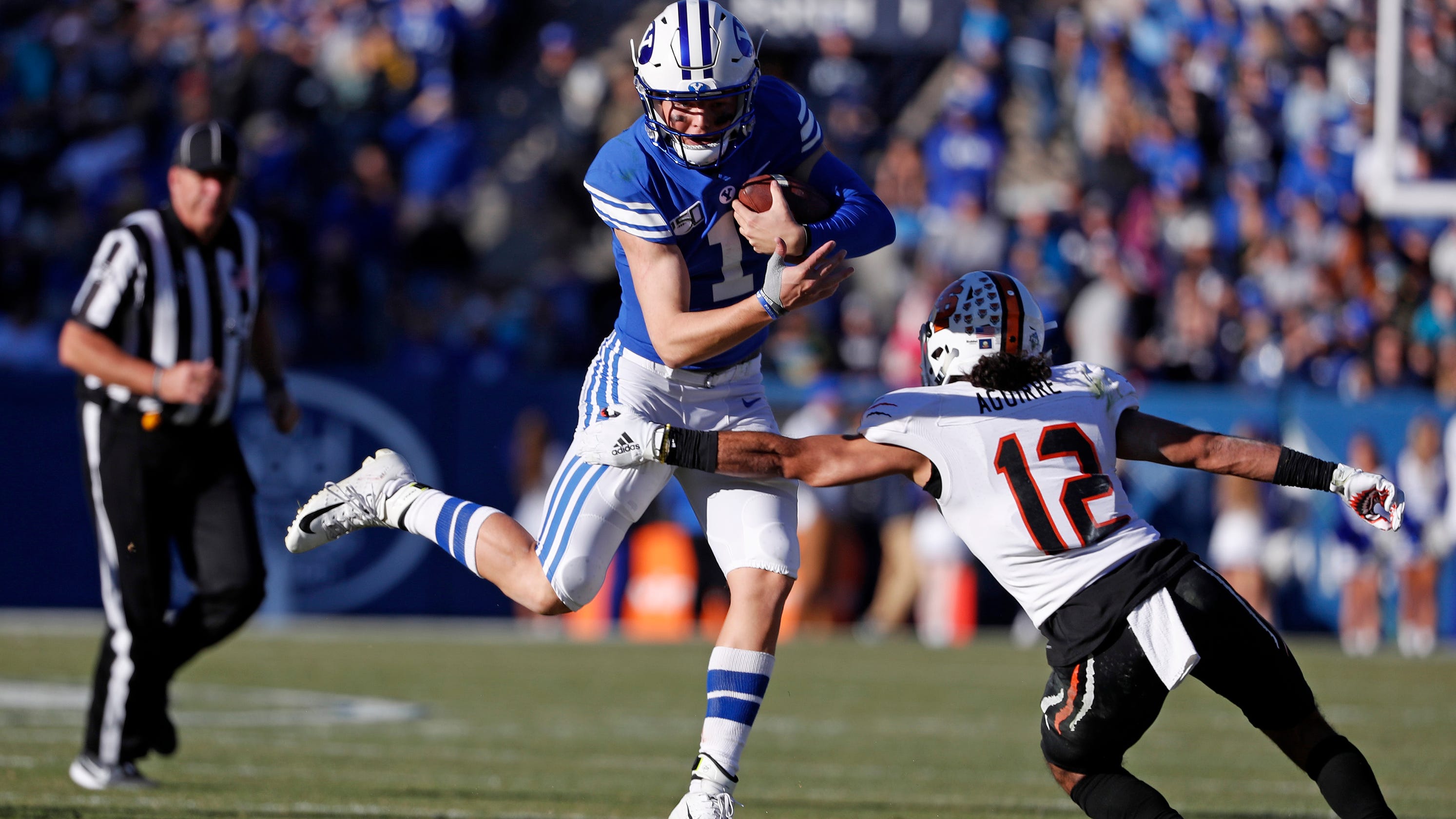 The 2020 college football season has arrived, though how – or even whether – it will end remains to be seen. Even if the campaign comes to completion, it might ultimately be remembered for those who didn’t play as much as those who did. For programs and conferences that are on board with taking the field, the COVID-19 pandemic has coaches and administrators juggling responsibilities and concerns that aren’t generally in their job descriptions. In short, this is going to be different.

Postponements have left the Week 1 slate fairly sparse, with no teams ranked in the preseason Amway Coaches Poll in action. But there are a handful of televised offerings to whet the appetites of sports-hungry fans.

A quick preview of the best matchups ranked.

This late addition to the schedule now gets the marquee Labor Day night slot, and it could indeed be the highlight of opening weekend. The Midshipmen enjoyed a bounce-back 11-2 campaign in 2019 but had to say goodbye to QB Malcolm Perry, a superb athlete and leader. For now, it will be Dalen Morris at the controls. He’ll rely on the FB tandem of Jamale Carothers and Nelson Smith to take on the experienced BYU LB corps, featuring Kavika Fonua as the centerpiece. Cougars QB Zach Wilson is back, but his offense suffered a devastating blow when TE Matt Bushman sustained a season-ending leg injury in a non-contact drill in preseason practice. The Navy defense will have a lot of new pieces, but LB Diego Fagot provides a solid foundation.

The defending American champion Tigers didn’t get a preseason ranking, but they do get the prime-time spotlight on opening night. New Memphis head coach Ryan Silverfield retains the services of QB Brady White, who threw for 4,014 yards and 33 scores a season ago, though versatile RB Kenneth Gainwell chose to opt out this year due to COVID concerns. The Red Wolves won eight games n 2019 and are capable of putting up a big score themselves. QB Logan Bonner is back from a thumb injury, but Layne Hatcher, who did a nice job stepping in as a freshman, is also available if needed.

It was a challenge, but Army managed to assemble a full schedule without benefit of a conference. The slate begins with this date with the Blue Raiders, who can usually be counted on to contend in Conference USA. Both teams, however, are coming off uncharacteristically subpar campaigns. Middle Tennessee QB Asher O’Hara is a true dual threat who threw for 2,616 yards and ran for 1,058 more last year. He’ll get plenty of attention from Army DB Cedrick Cunningham. The Black Knights’ option attack will do its best to keep O’Hara off the field. Christian Anderson will get the starting nod at QB for Army, but Jabari Laws is likely to take some snaps as well. Blue Raiders’ LB DQ Thomas figures to be busy.

This Lone Star State clash will have the afternoon TV stage to itself. It’s a mismatch on paper, as the Mustangs took last year’s meeting 47-17 and return most of their fire power while the Bobcats are trying to rebuild under second-year coach Jake Spavital, but fall camp wasn’t exactly smooth for anybody this year. SMU QB Shane Buechele proved to be a great fit after transferring in from Texas. His top returning target is WR Reggie Roberson Jr. Bobcats QB Brady McBride, a transfer from Memphis, will try to keep pace in game where points should be scored regularly.