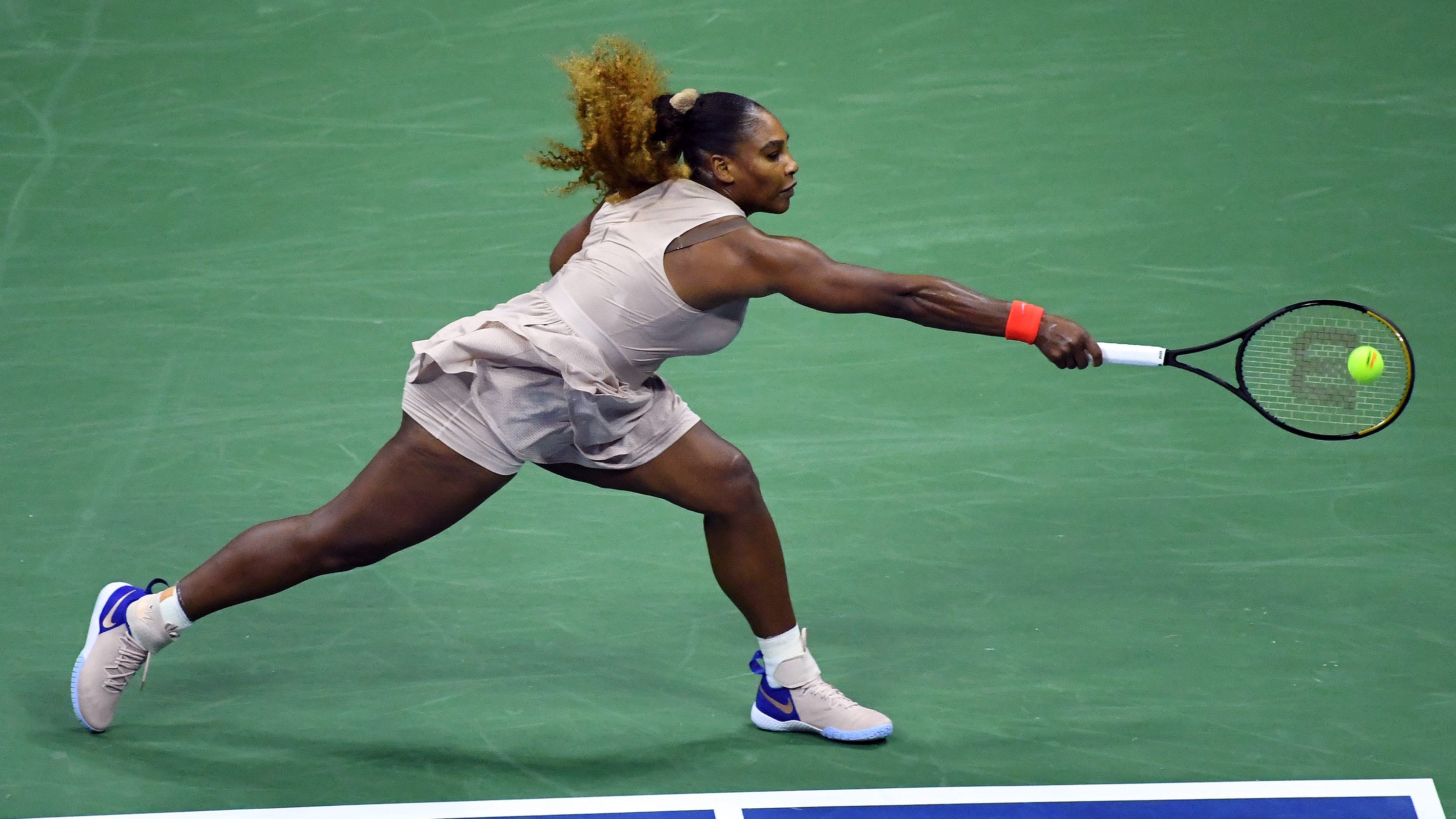 NEW YORK — Serena Williams has clocked the fastest serve – 124 MPH – of any woman at the 2020 U.S. Open. She has smoked 20 aces through two rounds, also a tournament-high. Neither of these facts comes as any more of a surprise than her result in Arthur Ashe Stadium on Thursday night, when Williams, a 23-time major champion, took another step toward No. 24, with a 6-2, 6-4 victory over No. 117 Margarita Gasparyan of Russia.

Now 20-0 in second-round matches at the Open, Williams, the No. 3 seed and a six-time winner in Flushing Meadows, had to survive some serious service-game wobbles in the second set, when she double-faulted four times and was broken in consecutive games. Gasparyan elevated her play and matched Williams evenly from the baseline the rest of the way.

Williams, who played with physio tape on her upper left thigh, said after the match she was not injured.

“That’s preventative. I forgot I had it on,” she said, with a laugh. “I usually take it off for my matches. I wear it all the time, just not for my match.”

Williams looked to be on her way after breaking Gasparyan to go up 3-1 in the second, but Gasparyan broke back in Game 5 when Williams knocked a backhand long.  The set was back on serve. Williams righted herself quickly, smoking a series of turbo-charged backhands to help outlast Gasparyan and forge another break, only to get broken again to shrink her lead to 4-3.

Gasparyan held for 4-4, and suddenly the set was level. And then Williams regained her form, barely, surviving a break point and four deuces before earning a tough hold to go up 5-4. Minutes later, Williams closed out the unexpected drama with a remarkable backhand return that set up a missed forehand.

“It wasn’t that frustrating. I felt like she returned really well,” Williams said. “I think that’s been what’s holding me back is I get frustrated. But I’m out here and I’m fighting. I felt like it was a minor setback and if anything it would help me know what not to do next time.”

The 38-year-old Williams faces a formidable challenge in her third-round match when her opponent will be 2017 champion Sloane Stephens, who is ranked No. 39 and scored a 6-2, 6-2 triumph over Olga Govortsova of Belarus.

Stephens was ranked as high as No. 3 two years ago and has had more downs than ups since then, but she was impressive against Govortsova. Stephens has only beaten Williams once in six matches, including a memorable Australian Open quarterfinal in 2013, but they haven’t played in five years.

“She plays so smooth,” Williams said. “She looks like she doesn’t have much energy and then – bam! – there’s five winners. She’s beaten me before, so she knows how to play well. It’s not easy. I’m glad I had a tough match today to get me ready for that one.”